Who ownes the Kosovo’s foreign debt?

17.08.2018
When the former Yugoslavian federation fell apart, many macroeconomic issues stayed behind. The official arbitrary dissolution of Yugoslav properties and debts is still looming over six republics. 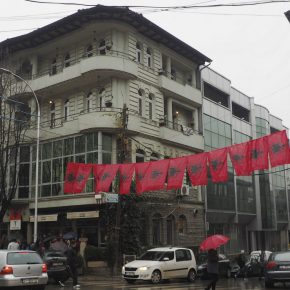 These republics are: Slovenia, Croatia, Serbia, Bosnia and Herzegovina, Montenegro, Macedonia, and Kosovo, which wasn’t a federative unit but an autonomous province within the Socialist Republic of Serbia (together with Vojvodina). Serbia (and some EU countries) does not recognize Kosovo as an independent state and many macroeconomic issues are still being questioned. One of these is the Kosovo’s foreign debt.

In 1999, when Kosovo crisis ended with the separation from Serbia, Kosovo had a debt to Serbia and other countries of USD1,4bn. The United Nations Mission in Kosovo (UNMIK) planned to privatize some 35 social and 65 public companies, while Serbia would have to service the debts. UNMIK implemented its plans by privatizing newly established companies (using the old properties) that would be sold without debt. The Serbian government has warned that such solution with a property is not possible without the consent of the creditor, especially because the debts of the Kosovo economy do not belong only to the creditors in Serbia but also to the World Bank, Paris (EUR297,2m) and London (EUR169,85m) Clubs, International Development Association, European Investment Bank, and European Bank for Reconstruction and Development (EUR422,31m).

At the beginning of negotiations between Serbian and Kosovo officials in Vienna in 2007, the debt of Kosovo amounted to about US1.2bn, or about 6 per cent of Serbia’s total debt, which then was about USD18.5bn. Today, according to the International Monetary Fund, total external debt, which covers both public and private debt, is expected to decline to 24 per cent of GDP. It is interesting that both sides insisted on getting the right to return the debt – Kosovan Albanians believe that Kosovo should pay the debt because it would be a kind of confirmation of statehood and argument for proclaiming independence, while the Serbs opposed this idea. Serbia was at one time borrowing money for the needs of Kosovo and this was Belgrade’s argument for repaying the debts. However, this burden on Serbia’s economy can be put aside if Serbia recognizes its former province’s independence.

Experts argue that Serbia’s negotiating team was wrong, because Resolution 1244 did make the path of independence for Kosovo. What is undeniable, however, and what Serbia can rely on is the property, given that most of the social enterprises in Kosovo have been established by companies from Serbia. According to the incomplete data, the companies from central Serbia own 1,218 objects, while companies from Vojvodina have another 14 objects. Out of these, only Post and Telecommunications company has 130, Serbian Railways 55, electric utility power company Elektroprivreda Srbije 18, and forestry company Srbijašume 45 objects. And these are only state-owned, others are part of the private businesses.

Who was helping Kosovo?

The development of Kosovo was funded by the former Yugoslavian Federal Development Fund for underdeveloped regions, but also from the region’s Development Fund, whereby the Fund for Development of the Republic of Serbia is the legal successor of these funds. From 1992 until 1997, Kosovo’s economy has been credited by the Republic of Serbia Development Fund. After 1997 this function was taken over by the Kosovo Development Directorate, headquartered in Priština. In addition, the Fund also has shares, as a permanent stake, in 163 companies (in most cases, more than 51 per cent of the shares), and the Kosovo Trust Agency has also been informed of this. According to the Program of Economic and Financial Consolidation of Kosovo, carried out in 1997 by the Institute for Development of Serbia and the Institute of Economics, in the period from 1957 to 1979, the social product grew at the average annual rate of 6.8 per cent and at the end of that period increased four times.

After 1966, 1.5 to 2 per cent of GDP was allocated for the development of underdeveloped areas in the former Yugoslavia. Only in the period 1961-1990 as much as USD17.6bn (about USD600m a year) was spent on the development of Kosovo. The most intensive investments in the industry were realized in the years 1976-1980, mainly in energy and painted metallurgy (almost 60 per cent of total industrial investments). From 1981 to 1985, investments fell at an average annual rate of 7.5 per cent, and in the next five-year development period the decline was even higher – 15.5 per cent. The last decade of the 20th century has yielded even worse results – the real level of investment in 1994 was only one third of investment realized in 1990, and only 8.5 per cent of the 1980s investment. These investments were mostly made on federal level and the financial means came mostly from the more developed areas of the former Yugoslavia, primarily from Slovenia, Croatia and Vojvodina, the regions characterized by their Austro-Hungarian economic heritage and high revenues from tourism. In the 1980s, these republics were viciously against the solidarity system in which they had to contribute large amounts for the underdeveloped regions.

Serbia warns that it is intentionally denied entitlement to compensation on the basis of privatized social property. Serbia’s external debt related to Kosovo in 2000 amounted to USD1.5bn, of which the state of Serbia has so far repaid EUR500m. That is why lawyers advise former owners and shareholders of privatized companies in Kosovo to sue Priština at the courts in Kosovo, while large companies, such as Telecom and Elektroprivreda Srbije, should initiate disputes using the international arbitration. Law experts’ proposal is to alert the Council of Europe and the European Organization for Security and Cooperation, as well as UNMIK, which had executive power up to 2008 in the area of privatization. The current political dispute between Belgrade and Priština is an additional call for such an activity.

Serbia is also afraid of being tricked by UNMIK. Kosovo and Metohija is said to be an area of great natural resources. It is estimated that about 15.7 billion tons of coal is located in Kosovo, with about 13.2 billion tons of lignite in the Kosovo basin. The zinc and lead ore reserves (about 46 million tons), as well as 8 million tons of magnesium ore and 1.6 million tons of bauxite are mentioned in various international studies. There are geothermal energy reservoirs, as well as 585,000 hectares of agricultural land (0.28 hectares per inhabitant). Given UNMIK’s involvement in the sale of Serbia’s assets to Kosovo, it is hard to expect that this property will ever come back to the ownership of Serbian companies. However, the investment in the natural resources may ease the tensions and make both sides more willing to negotiate without fearing the consequences.

Economists are interested to create a free trade zone in Kosovo, what would open the doors to big investments, and reduce the political tensions in this area, where unemployment reaches 50 per cent, especially among the youth. According to the World Bank data, almost a third of the Kosovo population lives with income below EUR1.42 per person per day; i.e. they live below the poverty line. There are no foreign investments in Kosovo because of the uncertain future of this country. In seven years of the international administration in Kosovo the FDI was only EUR30m. The most important issue of further development of the Kosovo economy is its integration with the Balkan economies, which presupposes the normalization and liberalization of trade and all other business relations. Today, Kosovo has 300,000 unemployed and 150,000 employees. So, the economy is based on consumption, not on production. In order to overcome these difficulties, however, ghosts from the past should be addressed, especially those related to property. 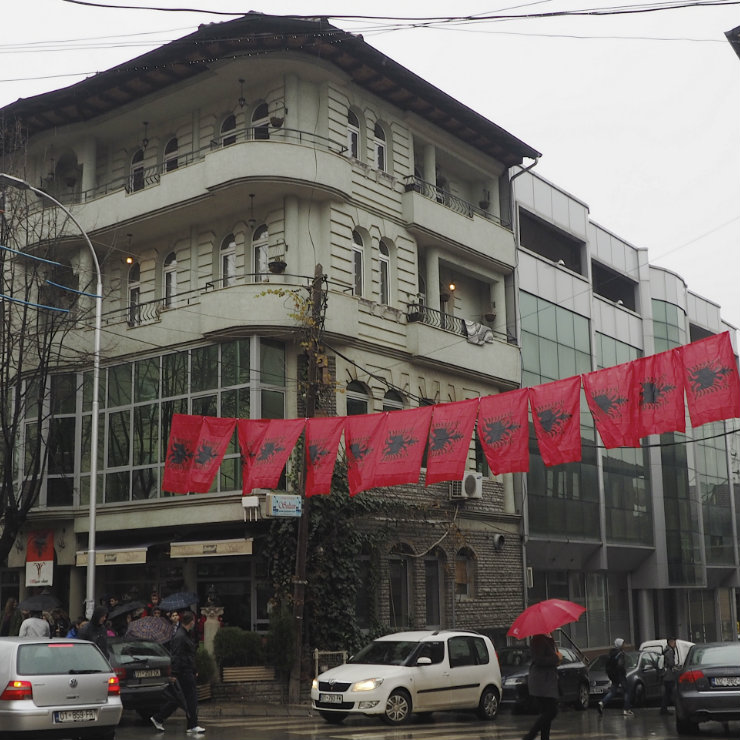