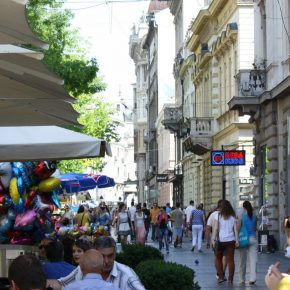 The WB projects a 3.5 per cent growth of Serbia’s GDP in 2018, which is what it projected at the beginning of this year. At the same time, the WB has revised down the forecast for the global economic growth for 2016, which will, according to the latest projections, grow by only 2.4 per cent this year.

Serbia’s GDP growth will be twice that of Germany’s in 2017, the Prime Minister, Aleksandar Vučić said. “We cannot compare and say that we are as successful as Germany because they have better living standards, but we will be catching up with the best countries quickly,” Vučić said.

Serbia will be among the top three countries in terms of GDP growth in 2017, he added. “Things are improving in Serbia. In five, ten, or twenty years, you cannot fix all that has been eroded over the past decades or centuries or fix our mentality, but you can do much,” Vučić said. The country has faced bankruptcy in the past years, but now it is far from it, he said.

According to the European Commission’s 2016 forecast, GDP in Serbia is expected to grow 2 per cent in 2016 and 2.5 per cent in 2017, said Head of European integration sector of the EU Delegation to Serbia Freek Janmaat.

At the press briefing, Janmaat said that European Commission’s forecast for Serbia was looking good due to export growth and a production increase driven by previously implemented economic reforms and new labor, construction land and inspection laws.

Among the reasons behind the GDP growth, European Commission named the steady growth of both domestic and foreign investment in all sectors, adding that this tendency is expected to continue.

The decision made by National Bank of Serbia to cut key interest rate is assessed as another positive step, considering its attractiveness among investors.

The WB has made a series of recommendations, the first of which is strengthening fiscal consolidation through boosting revenues and greater austerity to achieve a primary surplus. Serbia is expected to keep reducing its budget deficit in the years to come.

The second recommendation is finding a sustainable solution for companies under restructuring and continuing the reform of public enterprises.

The third recommendation is solving the issue of NPLs and ensuring more comprehensive diagnostic studies of banks by the National Bank of Serbia.

The fourth recommendation deals with the need for better management of capital investment funds – essentially, the funds intended for this purpose should also be spent, rather than accumulated, Janmaat said, adding that progress is needed on the gas connection with Bulgaria and that Corridor 10 must be completed by the end of 2017.

The fifth recommendation addresses the need to improve the business climate and ensure a more transparent environment with fewer parafiscal charges. State-guaranteed loans to SMEs and continued implementation of the regulation guillotine are also recommended, Janmaat said.

The sixth recommendation concerns the labor market – employees of companies under restructuring must be reintegrated into the labor market, the public sector rightsizing must be continued and the capabilities of the national employment service boosted, he said.

“However, bearing in mind high subsidies which hindered market competition in the past, it would be a good thing to resolve the issue of socially-owned and public undertakings,” Janmaat said.

Speaking about fiscal consolidation in Serbia, Janmaat said the EC expected the government to reduce its expenditures in 2016 and assessed the 2016 budget deficit to stand at 3.1 per cent of GDP, with a slight decrease to 2.9 per cent in 2017.

According to European Commission assessment, unemployment rate in Serbia in 2016 will stand at 17 per cent, whereas in 2017 the EC expects further decrease by 0.8 per cent. 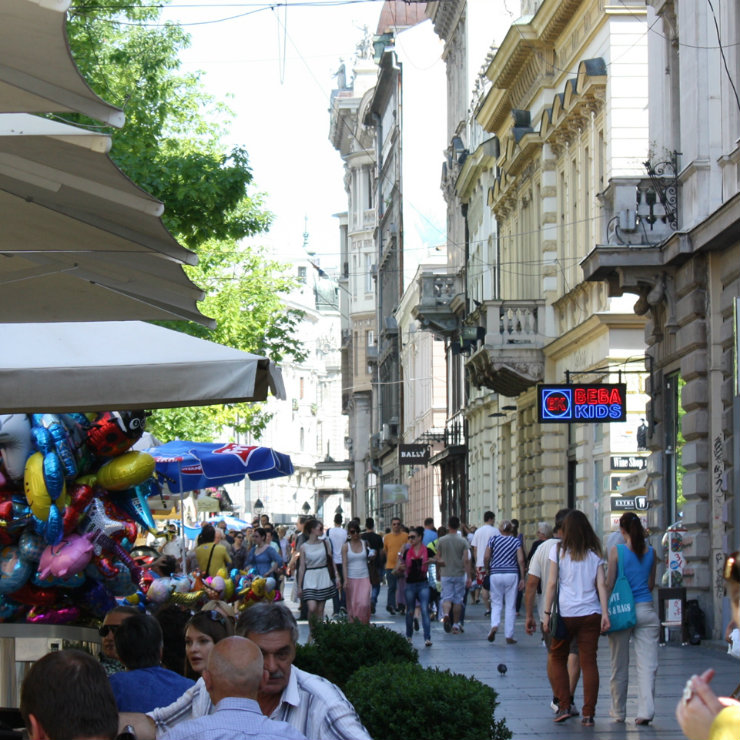 Category: Macroeconomics 21.11.2019
Serbia lacks investment from domestic businesses, and fixed assets are insufficient to provide stable, long-term growth. Growth in gross fixed capital formation in the H1’19 was 8.2 per cent, which was the main demand factor in stimulating the growth of GDP.