Moldovans in Romania – the ties that bind

26.02.2015
The “spectre” of mass Romanian migration to western Europe has haunted British tabloids in particular in recent years, often in direct contradiction to the facts – recent reports say there has been no surge of migrants. One aspect to which some of the articles have drawn attention is how Romania might be used as a gateway to the EU for migrants from Moldova, one of Europe’s poorest countries. Others have raised concerns that Romania’s citizenship laws are not only an open door to the EU, but barely mask irredentist ambitions to retake territory lost during World War II.

The reality is somewhat tamer. But Moldovan migration to Romania, however small in absolute terms, is also significant for both countries. Moldovan and Romanian are essentially the same language, much of the Republic of Moldova was part of Romania within living memory, and respectable politicians have called for reunification. While the pull of the West may be stronger for Moldovans, migration has strengthened the ties that bind – and has helped Romania partly offset its own brain-drain.

The reference to Moldova as Europe’s poorest country derives from a monthly average income hovering around $300. As a poor part of an affluent continent, it has seen a significant outflow of migrants over the past decades, with the young in particular seeking jobs abroad. Remittances account for around a third of GDP, one of the highest levels in the world.

The Warsaw-based Centre for Eastern Studies (OSW) tells the Central European Financial Observer that there are around 200,000 to 300,000 Moldovan migrants in the European Union. Despite geographical proximity and cultural and linguistic ties to Romania, Italy remains the favoured EU destination for Moldovan migrants.

Interestingly, the OSW concluded that more Moldovans continue to emigrate to Russia than the EU – and that a higher proportion of migrants from Moldova, Ukraine and Belarus in Russia were not legal migrants compared to citizens of those countries living in the EU.

However, considerable nuance is added to the picture by Romania’s 1991 citizenship law, which granted Romanian passports to those who “have had their citizenship withdrawn against their will or for other reasons not imputably to them”. The law was squarely targeted at those living in regions lost by Romania to the Soviet Union in 1940 – Bessarabia, now the Republic of Moldova, and Northern Bukovina and Southern Bessarabia, now part of Ukraine – and included descendants as well as those born prior to 1991. It applies without the need to renounce existing citizenship or take up residence in Romania. Bucharest has portrayed the law as righting the wrongs of the Nazi-Soviet pact and the “illegal” annexation of its territories (though the communist Romanian government acquiesced to the new borders in 1947). It points out that the law, unlike similar legislation in Hungary and Croatia (for example) applies to geography, rather than ethnicity – thus ethnic Russians who live in Moldova may be eligible, but ethnic Romanians in Serbia are not. The term it uses for those getting Romanian citizenship is “reacquire” – one accepted by some Moldovan government officials.

“In both countries – Republic of Moldova and Romania – the constitutions do not prohibit having multiple citizenship,” says Mr Renita. “Therefore, constitutionally there are no impediments to re-obtain Romanian citizenship should you meet all necessary Romanian legal requirements.”

A remarkable 400,000 to 500,000 Moldovans out of a population of 3.5m have taken Romanian citizenship since 1991, says Kamil Calus, a Moldova expert at the OSW. However, the majority of these have not moved to Romania – and those that do are obviously counted as Romanians, rather than Moldovans. The acquisition of Romanian citizenship seems to be seen by most as the chance to obtain an EU passport, thus securing visa-free travel to more affluent Union member states, particularly Italy, France and Spain.

Calculating how many Moldovans there are in Romania thus involves a good degree of guesswork – there are no official figures for how many dual Moldovan-Romanian citizens live in Romania. Official Romanian figures from 2014 counted 9,000 single-nationality Moldovans. Each year, 5,500 Moldovans matriculate at Romanian universities, says Mr Renita.

Mr Calus estimates that 17,500 of the 18,500 Moldovan students studying in the EU are in Romania. He guesses there are 10,000 dual nationals – a very small proportion of the total – living in Romania, plus around 3,000 labour migrants, giving a very approximate total of 30,000 Moldovan passport-holders across the border in Romania.

“The demographic profile is more or less similar to that of Moldovans who are choosing to migrate to the West,” says Mr Calus. “Women predominate among the emigrants leaving in this direction. Migrants are usually young, with as many as one third of them aged between 25 and 34. Children and adolescents form a relatively numerous group. They are usually better educated than those Moldovans who decided to migrate to Russia.”

Cristian Pantazi, a Romanian economic commentator, tells the Central European Financial Observer that Moldovan migrants to Romania are helping the host country’s economy. The significant proportion of skilled workers are boosting the skills base in sectors such as engineering and IT, while the less well-qualified are taking jobs that many young Romanians shun, particularly in agriculture. Moldovan immigration has taken on a particular significance in recent years, as the lifting labour restrictions in the “old” EU has seen many Romanians leave. The result has been a brain drain of the highly-skilled as well as agricultural workers and other rural people moving west in search of better prospects. One study estimated that almost 3m Romanians have emigrated, about 15% of the population.

“Moldovans are already replacing the Romanian doctors, teachers, even airline and commercial pilots, and agriculture workers,” says Mr Pantazi. “They speak the same language, they have pretty much the same education, so they can replace the Romanians.”

In addition to helping fill the jobs market, Moldovan emigration has also had a political impact. A significant number of top Moldovan politicians have lived, worked or studied in Romania. In 2010, Spiegel Online reported that of the 53 members of Moldova’s then-governing coalition, nine had a Romanian passport and 11 others had applied for one.

Others have suggested that the narrow victory of Traian Basescu – who strongly advocated the citizenship programme and even called for reunification with Moldova – in the 2009 Romanian presidential election might partly be down to votes of Romanian passport-holders in Moldova. The Romanian expatriate vote was again seen as instrumental in last year’s election for Mr Basescu’s successor, though this time the crucial votes came largely from Romanians in western Europe – which could of course include Moldovan dual nationals. 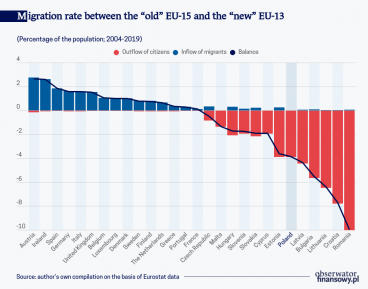