22.01.2020
The Czech Republic’s railway sector is increasingly embracing modern technologies such as AI, while the country's rail companies are planning to make major investments in the coming years and to rejuvenate its fleet gradually. 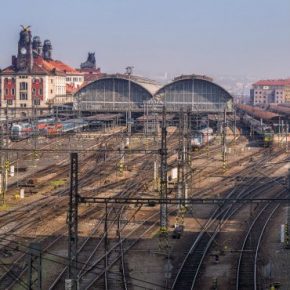 The biggest operator, Czech Railways, is running a number of tenders to supply it with dozens of new wagons and locomotives and will invest up to CZK40bn in the next five years, while RegioJet and other service providers aim to spend several billion crowns in a three-year period. Currently the company has about 2,210 passenger cars, over 500 locomotives and 1,000 complete trains, with the average age of the machines being close to 33 years.

Czech Railways has 31 electric trains for regional transport — which are part of a contract to purchase a total of 50 trains — in production at present. In addition, five two-level, three-car trains and 50 long-distance trains with speeds of up to 200 km/h are being built. The carrier will take possession of these vehicles in the coming years.

A Czech Railways tender to deliver 120 regional trains and up to 180 long-distance trains with a speed of 230 km/h is ongoing at present. The company is also preparing a tender for the purchase of up to 65 locomotives. It is additionally purchasing older, refitted cars abroad.

The privately owned RegioJet runs 26 locomotives and around 170 cars, which are composed of new Astra vehicles from Romania and other older cars, which the carrier also bought abroad and refitted.

RegioJet is also now preparing to modernize dozens of other vehicles and will spend around CZK3bn to that end in the coming three years. In 2020 it will take possession of the first of 15 multi-system Bombardier locomotives. In addition, the company has an option for dozens of other machines.

Leo Express has the youngest fleet, including five Stadler trains, which it operates on long-haul routes. Another 15 regional Alstom trains also operate on its local lines. Leo Express plans to start using three Sirius trains from the Chinese manufacturer CRRC next year, while it has an option worth CZK 5 billion on another 30 units.

Some of the Czech railways are expanding their operations. RegioJet will begin carrying passengers from Austrian Graz, via Vienna, Polish Katowice, Cracow to Przemyśl, starting from June 2020. RegioJet is also scheduled to launch a night train from Prague, via Ostrava and Cracow to Przemyśl, and the Ukrainian town of Mostýs’ka, near the Polish-Ukrainian border.

In 2013, so far the only private rail carrier in passenger transport in Poland, Czech Leo Express entered Polish market. Since then it operates a daily train connection between Czech Republic and Cracow in Poland. The connection will be accompanied by direct follow-up bus connection from Krakow to Lviv in Ukraine. Since December 2019, Leo Express also runs from Wrocław to Prague in weekends.

Meantime, Czech infrastructure manager Správa Železnic (SŽ), is testing trains that could run 200km/h. The tests are taking place on a part of Prague – Vienna/Bratislava main line with the use of multi-system locomotive equipped with the European Train Control System (ETCS). Currently, the maximum speed of the line is currently 160km/h. The state of the bridges and their durability at higher speeds is being assessed during the test runs, with two bridges built in 1933 and 1946.

Preparation to upgrade this line should begin in 2020 and be completed by 2025. This will include upgrading the railway stations, as well as the removal of level crossings and other infrastructure upgrades. “The results of the tests show that it is realistic, after necessary modifications of the railway infrastructure, to raise the maximum speed of certain trains on several sections within a relative short time,” said SŽ CEO, Jiři Svoboda. 255km of railway lines are equipped with ETCS, and another 206km between Břeclav and Petrovice U Karviná is due to be equipped this year. 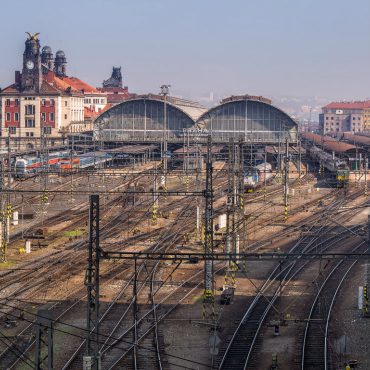 Category: Macroeconomics 01.04.2020
At the end of December last year, the Czech Ministry of Finance drafted a new policy regarding state-owned assets. It outlined which companies should remain in state hands and which should be privatized. The sellout of those companies earmarked for privatization is to commence later this year. 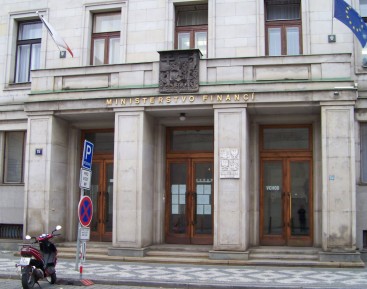