Europe – A View into the Abyss or Over the Horizon? 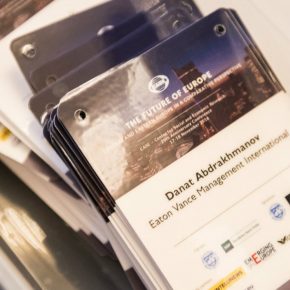 Prof. Leszek Balcerowicz, author of Polish transition into a market economy in the beginning of 1990s, was a keynote speaker, and he named two key areas of liberal democracy – country’s institutions which play a major role in protecting the citizen from arbitrary state power. The second area is individual property rights. Balcerowicz affirmed the truism that economic and political freedom is interlinked, and tackled some immediate issues. „Don’t blame capitalism for bad political decisions, such as Greece, or for Spain’s youth unemployment,” he stated, stressing the need for precise thinking. Inequality of income is not necessarily poverty. The definition of inequality – whether it should be of equality or opportunity is an emotional debate.  Policy, demagoguery and economic theory are not always the same.

André Sapir of Université Libre de Bruxelles, and a former EU advisor, delivered a speech on the future of the Euro and Europe. Half-jokingly he foresaw the breakup of the Union itself. Despite the economists on the panel showing their support of the European ideal, their debate was a warning that Europe is not necessarily condemned to succeed.

Russia: a threat or an opportunity?

One of the main themes was renewed Russian belligerence and irredentism under President Vladimir Putin, especially since 2014.  Sergey Alekashenko of the Brookings Institution issued the starkest warning that Russia is revanchist and does indeed pose a threat to Europe. He clashed with his colleague Alexey Kuznetsov of the Russian Academy of Sciences who pointed out the ongoing market reforms as mollifying influences. Both agreed that Russia is a market economy (to varying degrees) but its institutions are structurally weak and as Maren Krimmer of the University of Tartu presented in her paper, property rights are at the mercy of a capricious and arbitrary power. All experts agreed that Russia is in transition and asked whether this is a transition to a post-Putin future or more of the same, only better organised?

EU and Governance: too big or too small for its boots?

Paul Hare of UK Herriot-Watt University posed a question is the EU model still relevant to its members and partners. There is a crisis too, and tension between convergence and growth. The former cannot be taken for granted. The global financial crisis has exposed its flaws especially in the field of crisis management. Surprisingly perhaps, Professor Hare stated that the EU was doing too much with too little – the budget for its ambitions is ‘only’ 1.2 per cent of the EU’s GDP. „It’s too tiny amount for the job,” he said. The four freedoms are a ‘sacred cow’, low innovation and the demographic deficit, conspire to weaken it internally and externally.

Boris Najman of Université Paris-Est continued the theme with regard to political parties and the rise of populism. Migration is stress-testing the rule of law in the EU. The parties of the right wing will create their own demand. Transition, in the Polish sense of a bloodless move from communism to capitalism, may not even be exportable, as Itzhak Goldberg and Branko Radulovic argued in the case of the failure of Serbian Transition 2000-2015.

Demography – Gorilla in the Room

„In Europe we shall be getting old before getting rich,” said Prof. Stanisława Golinowska, Vice President of CASE. That Western Europe is ageing is a given fact but Eastern Europe will catch up by 2060. Poland is a relative latecomer in reacting to this change, according to Gerhard Naegele of TU Dortmund University. The age issue is a new issue, and transition is more important. Germany is leading in the areas of lifelong learning (LLL), health care and lifestyle promotion. European states’ pension polices will have to take into account an additional 15-20 years of active life beyond the present cut off retirement age of 65. That is assuming that this age will not increase even further. This is one transition Europe can’t escape.

Transition as strategic regions, countries, societies, institutions and individuals, and how well Europe manages the profound and vast changes that it stands before, were the leitmotifs of the conference „The Future of Europe” organized by a think-tank CASE (Centre for Social and Economic Research). It was also a celebration of CASE 25 years’ presence on the Polish and CEE scene. 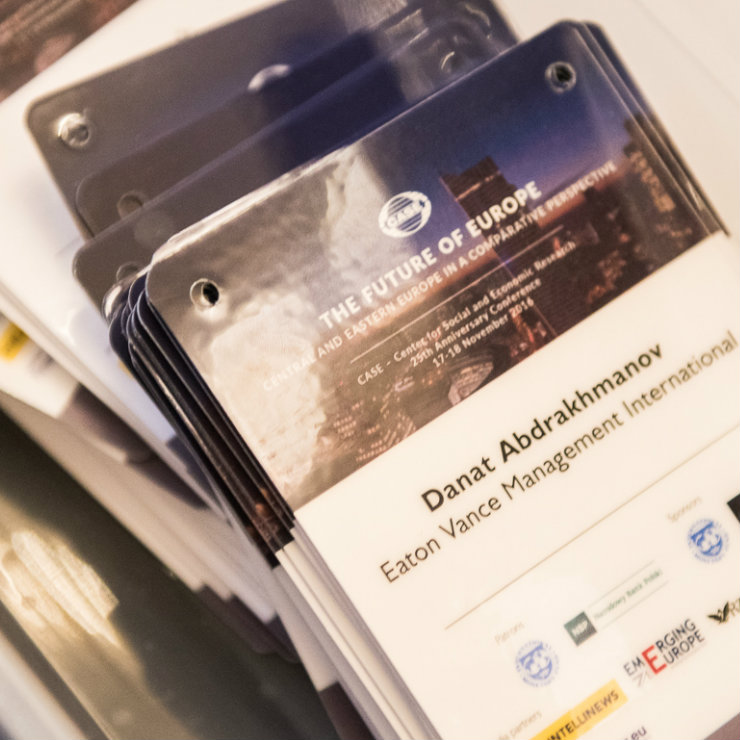