26.11.2020
Large metropolitan areas are often associated with smog, large crowds of people, and anonymity. On the other hand, many of them offer a standard of living that is difficult to find elsewhere. Their importance in the global economy is constantly increasing. 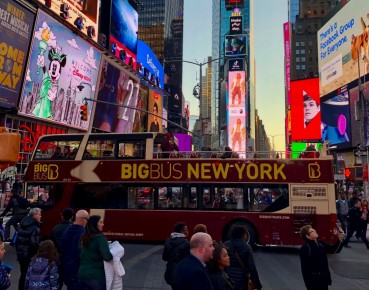 The website Our World in Data, which is dedicated to statistics, indicates that in the year 1500 only 4.1 per cent of the world’s population lived in cities (according to data from the UN World Population Prospects). In 1800 the share of urban residents reached 10 per cent, and by 1900 it increased to 16.4 per cent. At present the share of the global population living in cities already exceeds 53 per cent. These changes are also impressive in absolute terms. In 1960, slightly more than a billion people lived in cities and slightly more than 2 billion lived in the countryside. In the following decades, the number of people living in cities kept increasing. The historic moment when the number of city dwellers exceeded the number of people living in the countryside was in 2007. At that point, the urban population reached 3.35 billion people, and the total rural population amounted to 3.33 billion people. Over the course of the next 10 years the number of city dwellers rose to 4.13 billion, while the number of rural inhabitants only increased to 3.4 billion.

In principle, wealth goes hand in hand with urbanization. In the affluent countries of North America, Western Europe, and the Middle East, as well as in Japan and Australia, more than 80 per cent of the people live in cities. In countries belonging to the global “middle class” (for example, from Central and Southeast Europe), the share of urban dwellers is between 50 and 80 per cent. In poorer countries this percentage share is lower. Interestingly enough, in Poland the share of the urban population decreased in the period from 1989 to 2017, despite constant GDP growth in the last 20 years. As of 2017, the share of Poles living in cities reached 60.1 per cent. This is 1.21 percentage points lower than in 1989.

However, statistics do not always give a complete picture of the urbanization processes. Cities differ from each other. Mauro Guillen distinguishes three types of megacities: regional centres (Singapore, Panama, Miami, Dubai), “gateways to the world” (Hong Kong, Sydney), and global cities in the strict sense of the word (London, New York). The importance of these cities, and especially the latter group, turns out to be greater than the identity of the countries in which they are located. These diverse and cosmopolitan urban centers are characterized by strong economies and the associated, advanced infrastructural base. Global metropolises not only serve as the seats of major global corporations, but are also home to numerous universities, operas, and theatres. If anyone wanted to see with their own eyes what globalization really means, they should go to Tokyo, London, or New York. However, even people who don’t want to or simply cannot visit these meccas of capitalism, will most likely end up being affected by them anyway, for example, through the consequences of the decisions made on the tops floors of the glass and steel skyscrapers.

Tokyo and New York are the wealthiest cities in the world

The estimates of the City Mayors Foundation show that in 2020 the richest city in the world is Tokyo, with a GDP of USD1,602bn. Hot on the heels of Japan’s capital is New York, which has a GDP of USD1,561bn. This means that both New York and Tokyo are ahead of the whole nation of Australia, whose GDP is USD1,393bn. Los Angeles ranks third with a GDP of USD886bn, which is still more than the GDP of Turkey (according to World Bank data). The remaining top-ranked cities were London, Chicago, Paris, Mexico City, Philadelphia, Osaka/Kobe and Washington, DC.

According to forecasts presented by the website Visual Capitalist, in 2035 the city with the largest total GDP will be New York, mainly due to its financial and banking headquarters, followed by Tokyo and Los Angeles. The remaining top-ranked cities will be London, Shanghai, Beijing, Paris, Chicago, Guangzhou, and Shenzhen. This means that while an American city will be ranked first, in the top ten there will be only three cities located in the US, and four cities belonging to its main competitor — China. We can therefore see China’s growing advantage, however, it is not as great as would be indicated by the size of the Chinese population.

It’s not just about the GDP

The ranking of cities prepared by Kearney experts takes into account business activity, human capital, information exchange, cultural experience, and political engagement. The top three cities ranked in the “Global Cities Index” are New York, London, and Paris, followed by Tokyo, Hong Kong, Singapore, Los Angeles, Chicago, Beijing, and Washington, DC. New York, London, and Paris. They have retained their standing as the most attractive cities in the world for the past three years. New York has strengthened its position in terms of attracting human capital. Meanwhile, the growing importance of Hong Kong and Tokyo is the result of the overall improvement in the condition of the Asian economy (this refers to the period before the pandemic).

Kearney has also prepared a “Global Cities Outlook”, which identifies the cities best positioned to become the global hubs of the next generation. The authors focus on four metrics: personal well-being, economics, innovation, and governance. In this edition of the index, London ranked the first after moving from the third spot. Singapore moved up from the fifth spot to the second place. Meanwhile, San Francisco, which won the 2018 edition, moved down to the third place. This city still excels in the field of innovation, but is being outpaced by other cities in areas such as personal well-being and governance. The most spectacular change in the ranking is Dublin’s move from the 33rd place to the 9th this year. This is due to big gains that the Irish capital recorded in the areas of economics and innovation. Dublin may soon become a global center of innovation. The top 10 best ranked cities in the “Global Cities Outlook” were the following: London, Singapore, San Francisco, Amsterdam, Paris, Tokyo, Boston, Munich, Dublin, and Stockholm.

The Chinese are catching up

Kearney points to the absence of New York City from the “Global Cities Outlook” top 10. Among other things, this is a consequence of the deterioration in the areas of entrepreneurship, private investment, and ease of doing business. Amazon’s withdrawal from the city is the best example of these negative trends. The authors of the report note that the first Global Cities report published in 2008 included data on 60 cities, and 7 of them were Chinese metropolises. Until 2019, the scores of the Chinese cities in the “Global Cities Index” have grown three times faster than those of the North American cities. Meanwhile, in the “Global Cities Outlook”, the scores of Chinese cities improved 3.4 times faster than European. In addition, dozens of previously absent Chinese cities have been added to the ranking. This is not surprising, given the enormous progress of urbanization in that country. In 1978, before the economic reforms of Deng Xiaoping, China’s urbanization rate was 18 per cent, and 170 million people lived in cities. In 2018, the urbanization rate reached 60 per cent, and 830 million people lived in cities. While in the period from 1978 to 2010 China’s urban growth basically boiled down to mass-scale migration of rural inhabitants to the cities, after 2010 qualitative development came into play. Due to the widespread emergence of urban diseases, in the post-2010 period the Chinese authorities shifted their focus to qualitative development, which became known as China City Development 2.0.

According to the authors of the report, in order to maintain the current trends, Chinese cities should stabilize their population structure (the Chinese population is expected to start decreasing by 2029), utilize the aging workforce, attract and retain talent, and enable the coexistence of humans and artificial intelligence. Other factors that may be equally important for the improvement of individual well-being also include a well-developed urban infrastructure, a clean environment, abundant job opportunities, as well as the active participation of ordinary citizens in the functioning of the cities.

A question of methodology

The Chinese cities do not always lead in such rankings. A lot depends on the applied methodology. For example, no Chinese cities ranked in the top 10 in the Schroders’ Global Cities Index published in 2020. Moreover, Beijing dropped 11 spots, to the 19th place, while Shanghai dropped to the 20th place. This is due to the fact that for the first time the natural environment was included. The consulting company Schroders also takes into account the quality of the local economy and higher education. In this index Los Angeles is ranked the first, followed by London and Hong Kong. The remaining top-ranked cities include Boston, Seattle, San Francisco, Sydney, Chicago, New York, and San Jose.

Andrés Mendoza Peña and Nicole Dessibourg-Freer note in the Chief Executive magazine that “the biggest difference between the cities that outperformed and those that lagged was human capital. People are what power great organizations and successful cities. For corporate leaders, the availability of talent is a key factor in determining which locations are worthy of investment.” According to the research conducted by the authors, the leading city in terms of human capital is New York. Other cities performing well in this regard include Boston, Los Angeles, Chicago and San Francisco, the thriving Asian cities such as Tokyo, Beijing, and Singapore, and also Sydney. The exceptionally fast improvements in the standing of the Asian cities in terms of human capital and personal well-being constitute an important indicator of their future prospects. 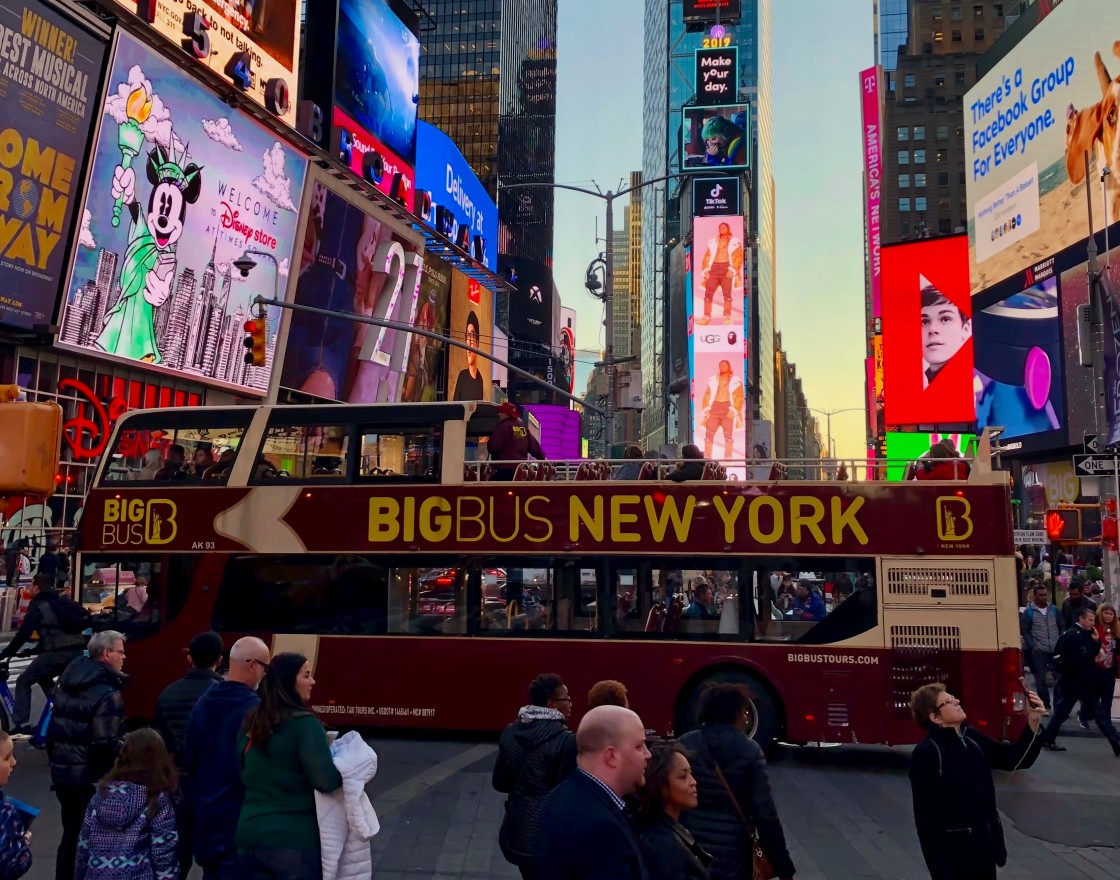 Category: New trends 13.02.2020
The cities of the future will be a cross between neon behemoths and green gardens, powered by renewable energy. Thanks to new technology, life will be good in these cities, said prof. Alain Bertaud, an experienced urbanist. 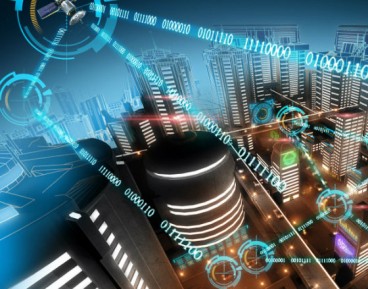 Category: Business 19.12.2019
People across the world are slowly but surely swapping their car keys for a phone app. Although European cities are lagging behind their Russian and Asian competitors in terms of car sharing fleet size, the service is on the rise in the old continent. 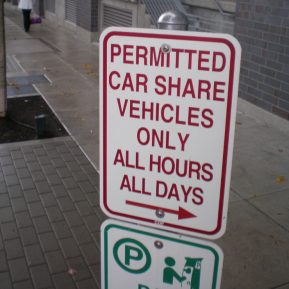