In cities we need smart, not utopian, ideas

13.03.2018
The future of humanity will be concentrated in large agglomerations. Managing such entities is a huge challenge and requires, above all, intelligence, responsibility and common sense, which will not be replaced by modern technologies. 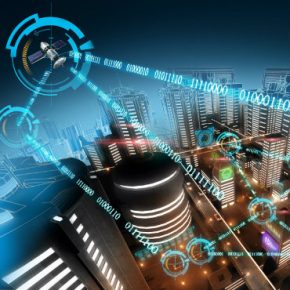 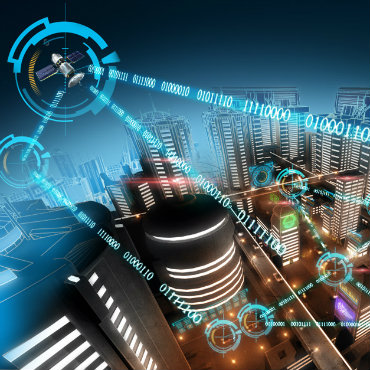 At the beginning of December the American media broke the news that Microsoft’s creator Bill Gates bought a huge piece of land in Arizona for his latest project – a smart city. Belmont, as it will be called, will be built on an area of over 100 square kilometers, next to a new highway leading to Los Angeles, and it is supposed to serve as a model example of utilization of state-of-the-art technologies.

The intelligent buildings, high-speed public transport systems, autonomous vehicles and logistics centers are to be initially used by tens of thousands of people. Of course, everything will be powered using exclusively renewable energy sources. Gates allocated about USD80m for the implementation of his dream.

The investments of the wealthy in their own metropolises, built from the scratch, are by no means a new invention of our civilization. They are rather a return to its beginnings when the rulers marked their reign by building new cities. Already in the ancient Greece, cities played a key role in the development of the empire. In Poland such a policy was pursued by King Casimir the Great, during whose rule (1333-1370) a thousand villages and a hundred cities were founded, mostly financed by the monarch. The motivation has not changed either. It is about concentrating wealthy investors in one place so that they bring in their know-how, technologies, ensure a constant, long-term inflow of cash and attract talent (or – depending on the stage of development – cheap labor) to work.

History is therefore coming full circle. Although, in the past cities were the centers of power of major empires, today they are becoming “empires” themselves. More than half of the world’s population – 3.5 billion people – already lives in metropolises. By 2030, this figure is expected to increase to 5 billion. Participation in managing these entities is becoming a challenge, but also an opportunity in many areas – politically, economically, organizationally, ecologically (pollution of air and soil, waste), and even in the humanitarian field. Cities are also attracting those who have no means of subsistence. These people are fleeing from conflict-affected areas, unemployment (the countryside), and are willing to work in any conditions.

Many people have already puzzled over ways to solve such challenges. In 1898, the British stenographer Ebenezer Howard published a book titled “Tomorrow: A Peaceful Path to Real Reform”. In Howard’s opinion, the vision of a network of garden-cities combining the advantages of large agglomerations (employment opportunities) and the countryside (clean air and water, low rents), surrounded by belts of farmland, had a strong basis in economics. The project had a very practical dimension – the author placed great emphasis on the precise calculation of construction costs and the profitability of the entire project. He also promoted the establishment of small towns built according to a specific urban planning scheme, with huge areas of greenery inside, and additionally surrounded by an inviolable belt of farmland.

Howard’s idea has its enthusiasts among urban planners to this day. One of them was certainly the Finnish scientist Eero Paloheimo, who dreamed about the creation of the world’s smartest city in Europe. It would be built from the scratch, from environmentally friendly materials, it would be energy-independent, it would not emit harmful substances and would process all the waste.

Bill Gates wants to implement a similar vision. He has already been beaten by the emir of Abu Dhabi, who started building the world’s first city fully powered by renewable energy more than a decade ago – Masdar in the United Arab Emirates. The enormous amounts of money spent on the project from the profits obtained – ironically – through the extraction of oil, and the support granted to the project by the UN made investors believe that they would make money on investments in environment-friendly technologies. These include a power plant generating electricity from concentrated solar energy and deep-sea drilling aimed at using thermal waters for the simultaneous cooling and supplying buildings with hot water. The city is supposed to consume only a quarter of the water and energy consumed by a standard agglomeration of a similar size. More specifically – over 25 years it will save oil worth more than USD2bn. Especially since transportation is to be based solely on self-driving electric taxis. The policy of selling only food derived from organic farms is supposed to further encourage people to settle in Masdar.

Meanwhile, The Guardian has already recognized the still unfinished Masdar as a candidate for the world’s most ecological “ghost” city. Because it turned out that although tax incentives (and in reality a lack of taxation) have attracted a few prestigious companies (e.g. GE, which set up a symbolic innovation center here) in addition to the International Renewable Energy Agency IRENA, no one actually wants to live there.

“The problem with models of improved reality is that there is a contact point between the fantasy promises and the reality of everyday life,” summarizes Paulina Wilk in the recently published book “The Day After Tomorrow. On the Cities of the Future”.

This reality has particularly affected China, where more than 200 ecological cities have been built in recent years. They were supposed to attract immigrants from the countryside without simultaneously aggravating the country’s ecological problems. And above all – through enormous construction projects they were supposed to stimulate the economy which was slowing down.

It is just that these ultramodern and ecological buildings are standing empty, like in the case of Tianjin Eco-city located near Beijing, which was supposed to be a model of sustainable development for all of Asia. Why is that? In these high-tech cities there are no schools, no shops, and no transportation to the factories where people could work. Not to mention the fact that the workers cannot afford to pay the horrendously high rents. Meanwhile, the companies cannot afford to finance the expensive renewable energy sources and the testing of technological novelties, whereas in other places they can use cheaper conventional energy and they have a shorter distance to all the necessary infrastructure.

Doing this the smart way

The organic transformation of cities towards sustainable development is different than building state-of-the-art buildings in the middle of nowhere. In the article entitled “Smarter Cities and Their Innovation Challenges”, IBM vice president Guruduth Banavar argues that urban innovation does not mean soaring glass buildings and cosmic architecture, but building the best possible conditions for living and working.

“In our times, the biggest challenge for cities whose population is rapidly growing is to squeeze as much as possible from the infrastructure. To find the most effective methods of analyzing data, to predict problems and to coordinate resources. Especially in light of the shrinking budgets,” thinks Banavar.

This is a task for various institutions, local governments, but also businesses – which should constantly cooperate with each other. Like in Nice, where local officials, in cooperation with the company Cisco and ten-odd local enterprises, have tested applications enabling, among others, intelligent parking, lighting control, environmental monitoring and waste management, in order to document how individual solutions could generate savings or revenues.

Or as in the case of Boston or California, where Uber shares the data on the frequency of rides, travel routes, etc., with the city administration, so that they can better match public transport to the actual needs of the residents.

That is because in smart cities information is the most valuable resource, necessary to create optimal solutions in communication, housing, education, etc. In Singapore, traffic controllers receive real-time data via sensors, which allows them to create and predict traffic scenarios with an accuracy reaching 90 per cent. The fact that Singapore occupies the position of the world’s smartest city in various rankings is primarily the result of excellent infrastructure, but also the utilization of absolutely all the opportunities for improving the everyday quality of life on this small patch of land.

Naturally, this quality of life is increasingly determined by the state of the environment, and especially the air. That’s why Copenhagen is another city leading the rankings, especially those concerning ecology. The city is free from problems with transportation or smog, because you can rent a hybrid bicycle equipped with electric engine and a tablet with navigation. The city wants to become completely carbon-neutral by 2050.

Another example of a city that skilfully combines high-quality urban planning with ecological concerns is the Brazilian Curitiba, a city founded in the 17th century.

Architect Jaime Lerner, later serving as the city’s mayor, introduced a system of fast and cheap communication over 30 years ago. The number of cars fell by one third during this time, even though the number of inhabitants doubled. The city center was transformed into a district of botanical gardens and promenades; artificial lakes and forests protect Curitiba against flooding, and 70 per cent of waste is recycled. Slum dwellers began to segregate waste when that became a condition for receiving social benefits, and the unemployment rate fell because they found employment, among others, in garbage sorting plants.

Curitiba’s example was supposed to be followed by Rio de Janeiro, whose former mayor, Eduardo Paes, introduced a “smart city” program two years before the 2016 Olympic Games. Massive data centers were supposed to help in the management of public services and security, and were to serve as an early disaster warning center. However, according to the studies of Christopher Gaffney from the University of Zurich and Cerianne Robertson from the Brazilian organization Catalytic Communities, this was primarily a propaganda campaign before the Olympic Games, and “smart” technologies did not solve virtually any problems of the local population. Instead they cost enormous amounts of money, which went into the pockets of global suppliers and consulting companies.

The “smartness” of cities is primarily a derivative of the smartness, goodwill and dedication of their authorities. They have to be capable of cooperating with businesses, the NGO sector and the residents themselves. This is difficult to ensure, however, when their mental horizons do not extend beyond their term of office. Or when the pursuit of short-term profit prevails over common sense.