28.06.2019
The Arctic ice is melting. There is no dispute about that. That said, it seems like it is not melting at the same pace across the various locations of the polar region. 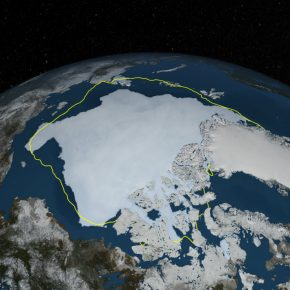 According to a team of Russian scientists, the ice cover in the Eurasian Arctic has been shrinking much faster than in the American region. This gives Russia a leg up over its competitors in a region viewed by many as one of the most important areas of geopolitical struggle of the 21st century.

The Arctic is the northernmost part of the planet Earth. Besides consisting of the Arctic Ocean, it extends over a vast territory, covering several countries: United States, Finland, Greenland (Denmark), Iceland, Northern Canada, Norway, Sweden and Russia. Although it has been long known that the ice in that part of the world has been retreating, it has only recently been discovered that the Arctic ice doesn’t melt uniformly.

In April 2019, a team of Russian scientists from various academic and hydrometeorological institutions published a study in the scientific journal “Atmosphere” on the increasing role of the ocean-air heat exchange in the late summer on the Arctic sea decline. Having worked with information obtained during four expeditions in the 2000s and 2010s, as well as atmospheric reanalysis and satellite ice concentration data, the Russian scientists described a mechanism explaining how atmospheric circulation has caused the ice in the Eurasian Arctic to melt faster than in the American Arctic, calling it the ocean’s “seasonal memory.”

According to the scientists, during the measured period, the ice cover in the Eurasian Arctic has been retreating even in the winter period, whereas the American region has only been losing ice during the summer.

“The discrepancy stems from the way air circulates in the Arctic,” one of the study’s co-authors Mikhail Varentsov, a climate scientists at MSU, told the online journal Phys.org. „Late September is when there’s the least ice in most years. That’s when the ocean actively accumulates solar energy as heat. But if cold air comes in from the pole or Greenland, it absorbs some of the heat. Conversely, an inflow of warm air from the continent causes the ocean to heat even more.”

This is precisely what the authors of the study refer to as seasonal memory; a process in which the winter ice cover reacts to atmospheric conditions in the previous summer. The trend throughout the measured period has been for air currents to slow down ocean heating in the American and accelerate in the Eurasian Arctic.

To be able to analyze the discrepancy between the two regions, the Russian team of scientists measured not only water temperature and composition at various depths, but also humidity, wind, and air-sea interaction parameters in the two polar regions. The study was carried out in the framework of the NABOS project, an international effort to study the Arctic climate.

The slow transition to a seasonal ice cover, meaning that the sea freezes during the winter months only, makes the Arctic a promising region for commercial activities. Perhaps no one is better positioned to capitalize on that than Russia.

Although it’s so cold on Russia’s northern coast that in winter the sea freezes into meters-thick sheets of ice, the Northeast Passage, Russia’s vast northern coastline from the Kara Sea all the way to the Bering Strait, is also the shortest shipping route from Europe to Asia.

After investing heavily in nuclear powered icebreakers, Russia has opened the Northeast Passage to commercial shipping and the volumes of cargo using the route are rising fast. The amount of cargo shipped along what some call the “Russian Suez Canal” has been growing steadily since 2013, with the last years in particular seeing a surge in freight tonnage. For example, in 2015, the volume of cargo transported along the route surpassed the previous year’s volume by 36 per cent, only to grow by another 33 per cent the following year.

Moreover, the new route is in keeping with the Kremlin’s “pivot to the east”, where Russia puts more emphasis on building up trade with China and Southeast Asia and lets trade with Europe atrophy. Russo-China trade is on course to hit USD80bn this year and is planned to reach USD200bn by 2020, whereas trade with Europe has already fallen by EUR100bn in three years to EUR228bn as of the end of 2016.

Now it seems that the favorable weather conditions should give Russia a leg up over their competitors in the Arctic region, most notably the United States.

Arctic an arena of global power and competition

In his recent speech in Finland, the US Secretary of State Mike Pompeo said that the president’s team sees the Arctic as “an arena of global power and competition”. Mr. Pompeo further spoke about Russia’s “destabilizing activities” in the Arctic, as a response to which is the “U.S. hosting military exercises, strengthening its force presence, rebuilding icebreaker fleet, expanding Coast Guard funding, and creating a new senior military post for Arctic Affairs.”

American officials have been complaining about Russia’s “aggressive” behavior in the region, such as refitting submarines, boarding ships, reopening bases and claiming exclusive rights to certain waterways.

Needless to say, the biggest loser is, as usually, the environment. The climate changes in the Arctic greatly upset the balance of the ecosystem. One specific example are polar bears who need ice for rest and hunting. According to various estimates, there are 20,000 to 30,000 polar bears in 19 different groups or populations in the US, Greenland, Norway, Russia, and Canada. Four of these populations are considered to be declining. 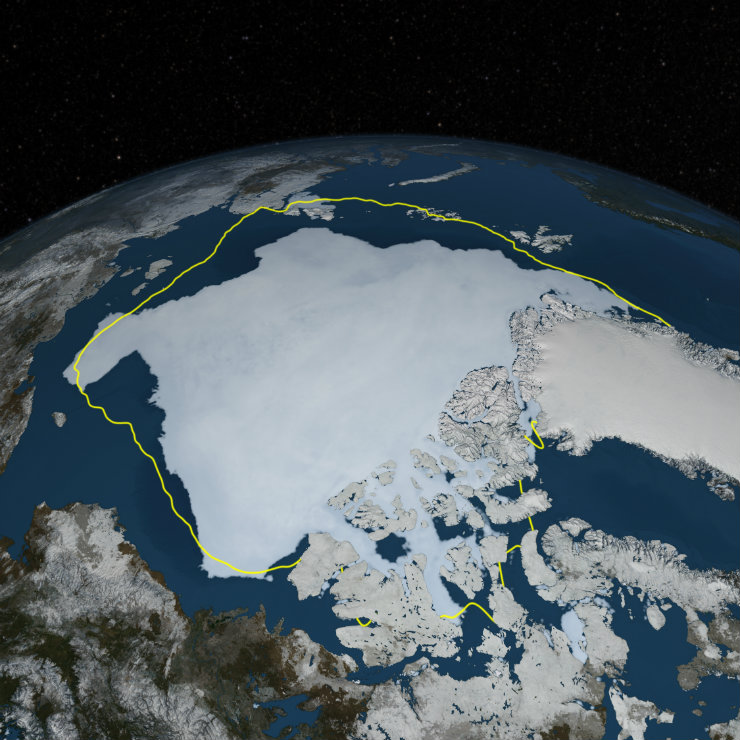