09.09.2020
After 2019, which was almost record-breaking in terms of the value of VC investments, start-ups have hit a wall due to the lockdown and difficulties in raising capital. However, some of them are actually benefiting from the crisis, while to others the states are offering support programs. 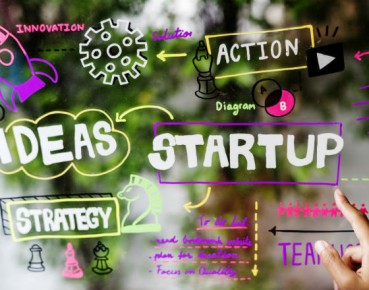 Because of that, the data presented by KPMG, which are limited to traditional VC, indicate investments of over USD225bn, while the estimates published by the web portal Crunchbase, which also take into account other investors, point to the amount of USD294bn.

There was no collapse

The pandemic resulted in a strong activation of investments by philanthropic entities. For example, in the United Kingdom the Coalition for Epidemic Preparedness Innovations has invested up to USD23.7bn in companies that are working on vaccines against the SARS-CoV-2 (Novavax, Moderna, Innovio Pharmaceuticals).

Meanwhile, the Bill & Melinda Gates Foundation, together with MasterCard, have allocated USD125m on other companies, and the German company CureVac received USD89m from the European Commission (EC) for tests on an already developed vaccine.

Despite the spread of the pandemic, the results of the Q1’20 do not indicate a collapse in the start-up market. According to KPMG, VC investments amounted to USD61bn and were up to USD8bn higher than in the Q1’19. However, for the most part this was the result of investment commitments made before the pandemic. A strong decline was only recorded in the case of start-up investments in China, as the investments in the United States were near record-high levels.

There were seemingly no changes in the valuation of unicorns, that is, start-ups worth at least USD1bn. Since August 2019, the number of such companies increased by 70, and their cumulative global valuation reaches USD1.3 trillion.

Nonetheless, the pandemic exposed the weakness of many companies, whose business models were questionable or lacked transparency. This included transport companies such as Uber and Lyft, whose IPOs turned out to be a big disappointment last year, and which were now forced to suspend their activities in many markets.

For the time being, the future doesn’t look too good for Airbnb, the platform offering short-term rental apartments around the world. Its valuation dropped from USD31bn to USD8bn, and its personnel was reduced by a quarter. The situation is similar in WeWork, which provides office space solutions. After withdrawing from an IPO last year that company lost 80 per cent of its value.

Platforms offering electric scooter rentals have better prospects because they are offering means of personal transport. This opportunity was spotted by Uber, which is investing USD170m in this business.

New opportunities have also suddenly emerged for food delivery services such as DoorDash, which operates in Canada, United States, and Australia, and whose valuation jumped to USD13bn. Meanwhile, payment operators, such as Stripe, obtained USD600m from investors.

The VC sector in the Unites States estimates that one-third of all unicorns are likely to achieve success. Another 30 per cent could be acquired by other entities, lose their status, or simply disappear.

Oftentimes the role of the investor of last resort can be played by technology giants, such as Apple, Microsoft, Alphabet, Amazon, and Facebook, which hold total cash deposits in the amount of USD570bn.

One of the investors from Silicon Valley believes, that the market operates in accordance with Darwin’s theories — it is not the strongest and most talented who succeed, but those who adapt to changes the best. According to Ilya Strebulaev from the Stanford Graduate School of Business, who conducted an analysis of 135 unicorns, the valuations of many start-ups were previously heavily inflated.

The average valuation exceeded the market value by as much as 48 per cent. One of the reasons for that are the so-called internal rounds of financing, that is, the inflow of capital from the existing investors, who are in this way inflating the valuations of start-ups from their own portfolio. This allows them to catch the interest of institutional investors, which means higher returns on investments for the VC. The pandemic has verified the value of at least some start-ups.

European unicorns, whose value accounts for a little more than 10 per cent of the global market, are also at risk of a 30 per cent decrease in their value. Last year, the start-ups on the Old Continent (including the United Kingdom) obtained about USD40bn from investors. Now, 6.000 out of 18.000 young technology companies are facing bankruptcy, particularly in the tourism industry and in the mobility sector. Almost half of all start-ups in Europe are forced to adopt defensive strategies (the lending industry, proptech, that is, applications facilitating real estate services, technologies in the fashion and marketing industries, as well as, to some extent, the fin-tech companies).

One in eight start-ups have benefited from the crisis

According to the estimates of dealroom.co, at the end of last year more than 2 million people worked in the European start-up industry, mostly in London (290.000), Paris (100.000) and Berlin (78.000), and the average annual employment growth in the sector exceeded 10 per cent. The cities most saturated in terms of the number of employees of start-ups were Amsterdam (48 per 1000 inhabitants) and Stockholm (38).

The most complete analysis of the situation and the prospects in the global sector of start-ups is provided by Global Start-up Survey. Some 41 per cent of global start-ups are facing bankruptcy due to lack of funds to finance their activities. However, 29 per cent were already in such a situation before the crisis. Moreover, 74 per cent had to terminate their full-time employees, and one in four reduced their workforce by as much as 60 per cent.

The largest staff reduction occurred in the United States, where as many as 84 per cent of the young companies reduced their headcount. One out of every ten start-ups had to cut their costs by more than 60 per cent. Three-quarters of all start-ups recorded a decrease in revenues, in the case of 16 per cent of companies the revenues dropped by at least 80 per cent. The main reason was the shutdown of the industries for which these start-ups worked.

Meanwhile, 12 per cent of the companies in the sector benefited from the crisis and their revenues increased by at least 10 per cent. These include the German company UVIS offering disinfectant coating for various public-use devices, such as elevators or escalators, the Danish company Blue Ocean Robotics, which has implemented autonomous robots disinfecting hospital rooms with UV light, or the Swedish tele-medicine app KRY.

Applications dedicated to remote education, such as the Polish app Brainly, and gaming apps, such as Quarantine Kids, have seen huge increase in interest. DocPlanner, which was last year’s favorite among investors in Poland (USD92m), is also doing well. The platform has adapted to the pandemic by introducing a new service in the form of video conferences with physicians, expanding from the previous functionality of booking medical appointments. It turns out that start-ups offering their solutions to retail customers are three times more likely to grow than those providing services to businesses.

The winds of change

Start-ups have been covered by the support programs implemented by many countries in connection with the pandemic. This fact was confirmed in April by 46 per cent of the surveyed companies. However, 38 per cent of start-ups did not receive any support and did not expect it, or do not meet the conditions.

The most desired form of assistance are grants and loans aimed at maintaining liquidity and protecting workers, as well as the financing of investments. Under the government programs, the start-ups can take advantage of the funds allocated for small and medium-sized enterprises. However, the problem is that due to their specific nature, they often don’t meet the conditions for assistance, because, for example, they do not experience a significant decline in revenues.

This is because many of them have not yet arrived at the stage of being profitable, even though they are already implementing technological solutions that are important for other industries, such as the medical field. Without liquidity funds they may not survive.

On the other hand, some are pointing out, that the responsibility for the future of start-ups rests with the investors, which oftentimes include wealthy VC funds expecting to make significant profits. This means that the situation of many start-ups could in fact be better than that of other small and medium-sized enterprises. Because of that the public assistance for young technology companies depends on the contributions of the investors.

France offered the most generous assistance package for start-ups, amounting to EUR4.4bn, in the form of short-term financing, financing of the current investment rounds, and the acquisition of tax liabilities. The measures prepared by the authorities in Germany include EUR2bn for liquidity assistance, and the promise of an investment fund worth EUR 10 billion for the biggest start-ups. Last year start-ups in Germany attracted EUR7bn from private investors, and start-ups in France raised EUR5.2bn. These are the highest amounts of financing in the EU, apart from the United Kingdom, where start-ups attracted USD13.2bn. But even in that country the government declared support amounting to GBP1.25bn, including half a billion for companies supported by VC funds, provided that they receive co-financing. The assistance is granted through the acquisition of shares in start-ups by the state. Smaller companies, conducting R&D activities, may apply for grants and loans in the total amount of GBP750m.

Meanwhile, in Switzerland such companies can take advantage of credit guarantees from the federal government and the individual cantons, whose amounts translate into an average of CHF1m per 1 start-up. This is important, because most of the funds prepared for other Swiss companies, amounting to CHF20bn, are not available to start-ups.

Poland hasn’t allocated any assistance funds specifically for start-ups, but as part of their activity micro-entrepreneurs can take advantage of the solutions and financing provided under the so-called “anti-crisis shield”. It is also crucial that the Polish Agency for Enterprise Development and the Polish Development Fund maintained their funding in the subsequent investment rounds (in the Q1 it amounted to EUR43m), since start-ups in Poland are mainly financed by public funds and EU funds, and not by private capital, as in most OECD countries.

The current crisis will certainly change the start-up market, providing new opportunities to many entities. The experience of the Asian SARS epidemic gave rise to the eCommerce giants Alibaba and JD.com. Meanwhile, the aftermath of the last economic meltdown 12 years ago saw the emergence of more than 50 unicorns, the development of the fin-tech industry, and the launch of a half of the enterprises from the current Fortune 500 list. Now we can also see the evidence of upcoming changes. 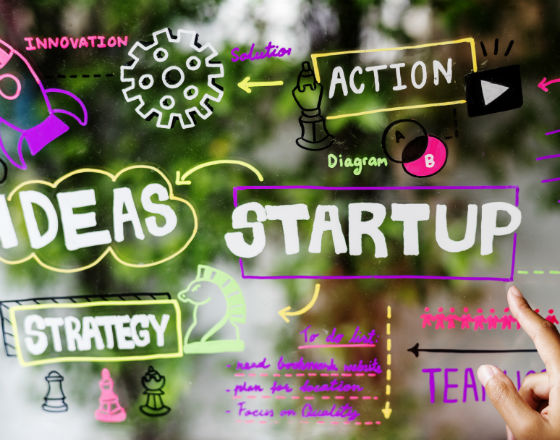