The pandemic will not change consumers behavior

02.11.2020
“The pandemic did not cause any big changes in consumers behavior. The crisis will not significantly affect the saving habits of Poles either” – said Professor Dominika Maison, Dean of the Department of Psychology at the University of Warsaw. 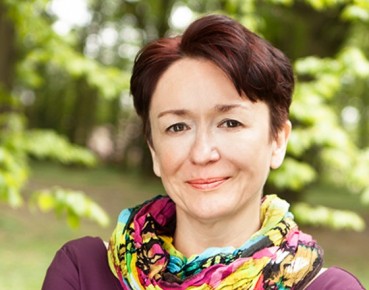 Obserwator Finansowy: From behavioral economics we know that psychological factors influence economic decisions, which are often irrational. The pandemic is an unpredictable event and a tremendous psychological shock for consumers.

Professor Dominika Maison: It’s hard to disagree with the statement that the pandemic was an event that surprised everyone. However, not everyone responded to this exceptional situation in the same way. There is no single pattern of behavior and no single type of response to the pandemic. In the initial phase of its outbreak, we observed increased purchases of food and cleaning products. In a survey that we conducted in March 2020 on a nationwide representative sample, as many as 56 per cent of Poles indicated that they had stocked up on various products. The largest groups of respondents purchased pasta (66 per cent), flour (55 per cent), and toilet paper (53 per cent).

It turns out, however, that these excessive purchasing behaviors were primarily dependent on people’s feelings of not having control over the situation and their fears related to the coronavirus. In other words, the biggest purchases – in terms of the variety of products and the amount of money spent – were made by the people who feared the new virus the most. They explained their behavior with the need to prepare for the outbreak of a real epidemic, when they would no longer be able to leave the house.

Our analyses show that such behavior is also motivated by the desire to gain control over the basic elements of life that people view as unknown and uncontrollable, which means that psychological factors are very important here.

Have these new circumstances altered the shopping habits of Poles?

The pandemic has influenced not only what people buy but also the way in which they shop. However, also in this case different groups behaved differently. For example, women bought more, but also tried to go shopping less frequently, while men started shopping online more often. Young people increased the frequency of online purchases, but at the same time they engaged a lot more in shopping for pleasure.

Your studies have shown that the nature of the first phase of the crisis was primarily “psychological” – economic choices based on strong emotions. Has this translated into any changes in the payment methods preferred by the consumers?

Our analysis confirmed that in the case of payment-related behavior, the factor that motivates people to change their habits is primarily the fear of the coronavirus (even more than the age of the respondents). We see the biggest change in behavior among those people who are the most afraid of the virus.

What we have seen is a change in payment habits, and in particular those related to cashless payments. In the early stages of the pandemic, 75 per cent of Polish card holders declared that they used cards more frequently than cash (out of which 52 per cent indicated that they were using cards significantly more frequently). This is clearly more than before the outbreak of the pandemic (in our last study for Poland’s central bank, NBP, 24 per cent of Poles stated that they were paying with cards significantly more frequently than with cash). Importantly enough, as many as 40 per cent of card holders claimed that they had changed their payment habits due to fear of the coronavirus. The strongest shift towards cashless payments is observed among the oldest people (over 55 years old). This age group is the most vulnerable to infection, but they also exhibited the strongest preference for cash payments.

The use of contactless payments also increased. As many as 32 per cent of card holders claimed that they were making cashless payments more frequently. This behavior is directly related to the fear of infection.

Will these changes in the economic behavior remain? Should we say that we have the so-called “new normal”?

Observation shows that despite several changes of behavior due to pandemic, after some time people tend to go back to previous habits. For example, during the first phase of pandemic many people were forced to perform various cosmetic and beauty treatments on their own. However, once the access to such services was restored, people quickly started using them again. In the qualitative studies, some respondents claimed that although they are using cashless payment methods, they plan to return to using cash when the pandemic ends.

However, not everything will return to the way it was before. I think that many consumers, forced by the circumstances, discovered new opportunities, such as the previously mentioned online shopping for products that they were previously only buying in brick-and-mortar stores, or using streaming platforms instead of going to the cinema.

The pandemic and the economic crisis could increase the sense of insecurity and the fear of the future among consumers. Will such a situation affect saving habits?

It’s very difficult to answer this question unequivocally. Habits are something that changes over a rather long period of time. Certainly, a lot of people in Poland, such as those who lost their jobs or who were temporarily prevented from working (e.g. hairdressers), faced a new situation in which they had to live off their savings, or suffered serious financial difficulties if they had none. One would think that this situation will serve as a valuable “lesson” encouraging people to save more.

Unfortunately, things aren’t as simple. Based on years of research, I can say that whether a given person has savings or not depends to a greater extent on their personality and perception of the world, rather than on their opinions regarding the desirability of savings. Most Poles believe that people should save money, and at the same time half of them do not have any savings. This means that some of those who believe that people should save money often have no savings themselves. One would assume that they have no savings because they don’t earn enough money.

It’s also worth noting here that the percentage ratio of Poles who have savings and of those who don’t have been stable for many years, despite various changes, as well as minor or major crises, which have occurred.

Therefore, I’m afraid that the pandemic itself will not lead to any significant increase the share of Poles who are saving money, or will increase the amounts of savings. Unfortunately, if someone has an external locus of control and believes that they have limited influence on reality (such people usually have no savings), then the pandemic likely confirmed their belief that it’s not worth saving money (because you don’t know what the future could bring anyway). It takes many years to change such behaviors — it is not limited to educational efforts, but it also includes systematic interactions aimed directly at changing people’s habits.

Experience shows that economic crises can have positive influence. So, the following question arises – could the pandemic limit consumers’ lifestyle, which is so harmful to the environment?

Indeed, during the pandemic we all live under the lockdown, more or less strict. For many people, it is also a time of intense reflection on life, relationships, but also on consumption. For example, do we really need that many things, do we constantly need new clothes, do we have to travel so much?

But I don’t think that there will be any significant change in consumers’ behavior. People who were already prone to reflect more on their life or on the environment will probably change the most. Such people have reevaluated some things in their life and perhaps partly changed their behavior previously. However, most people will return to their former way of life, to the extent permitted by the safety regulations applicable during the pandemic.

The pandemic also affected students and teachers by introducing, on a mass scale, online studying. Will it change the forms of teaching in the long-term?

The shutdown of universities resulted in an almost immediate and comprehensive transition of higher education to online teaching. This was a huge challenge for both students and university teachers. At first, it seemed that we would have more free time, because, for example, it would not be necessary to commute. It turned out, however, that online teaching requires a lot more work. If you want to teach classes properly in the online system, you have to, for example, spend a lot more time on individual tasks for students, and on individual feedbacks.

And getting back to your question. Will teaching change permanently? Will we only have online education in the future? In my opinion, this will not happen, because university studies are not just about the transfer of knowledge, but also about the contact between students and teachers, interpersonal relationships, which often last for life. And in the online studying this is simply impossible.

On the other hand, I’m certain that this experience has led many people to modify their classes, to become more open to online solutions, and to explore a number of tools that can be helpful in teaching. So, I think that this element will remain in the field of education and thanks to COVID-19 many people will modernize their lectures.

Dominika Maison is a professor of psychology and dean of the Department of Psychology at the University of Warsaw. 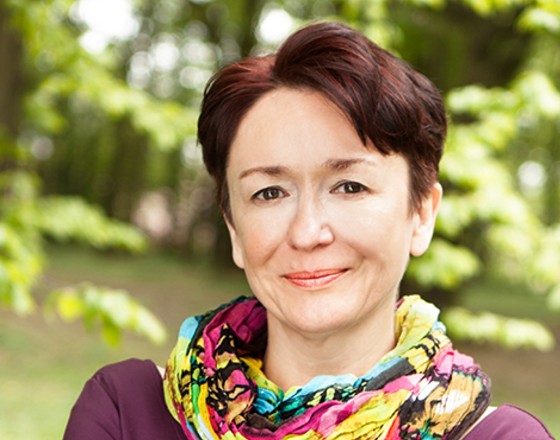