10.09.2019
It is becoming increasingly difficult to imagine our economic and everyday life without the internet. In countries such as South Korea, the Netherlands or Iceland, virtually everyone has access to the internet. The analog world is shrinking. 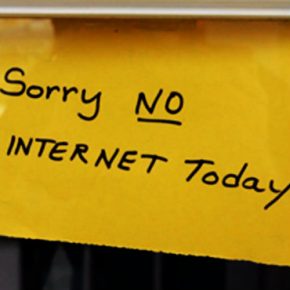 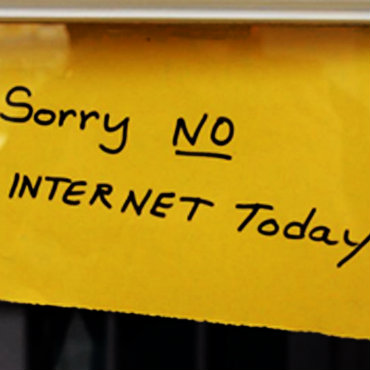 The process of digitization and the access to the internet are irreversibly changing working conditions and working environment. Performing even the simplest tasks becomes impossible if one lacks the knowledge on how to use the devices and tools supporting the workplace. Even getting a new job frequently requires the ability to find an offer on the internet and to reach out to the potential employer. In this new digital world, which is increasingly easy for people with digital skills, but increasingly difficult for those without them, having access to high-speed internet and the ability to use it becomes crucial.

The growing dependence of work on access to the internet and the need to acquire digital skills was highlighted in the OECD report published in May 2019. The authors emphasize, among other things, the need for increasingly complex technological knowledge, as well as new manual skills. This, however, will not be achieved without continuous training. In turn, the authorities and institutions are responsible for preparing societies to face the digital challenges and taking advantage of the new opportunities. This especially relates to activities aimed at overcoming digital inequality within the societies, which tend to be self-replicating. Those who already have access to the internet can utilize it more efficiently and thus gain further advantage. The others are reduced to the role of passive spectators at best.

The OECD report indicates that the Scandinavian countries — Sweden, Norway, Finland and Denmark, as well as the Benelux countries and New Zealand — have been the most successful at reducing these skill disparities. Other most developed countries in the world still have a long way to go. Even such technologically advanced countries as Japan or South Korea are exhibiting significant societal disproportions in terms of their readiness for digital transformation. The OECD report lists Chile, Greece, Italy, Lithuania, Slovakia and Turkey among the countries that have the biggest problems with the popularization of digital skills.

The OECD report points out the correlations between the degree of development of internet networks and the unemployment rate or economic growth in individual countries. This serves as a motivation to accelerate the development of digital networks, and in particular the development of high-speed, broadband internet connections. The main goal should be the development of widely available internet infrastructure, as it opens up new opportunities for educational, social and business activity.

Out of the world’s most developed countries, South Korea has been the most successful in achieving this goal (99.5 per cent of households have access to broadband internet). However, the country has only a slight advantage over the Scandinavian countries and the Benelux states. According OECD data, in Poland 77.6 per cent of households had access to high-speed internet in 2017. This degree of broadband internet penetration is comparable to the results achieved by Slovakia and Turkey, and is even better than in the United States or Portugal. However, it is still below the OECD average. What’s also worth noting is the rapid progress that has been made in this area in some countries. This especially relates to Italy and Turkey, where household access to the internet increased by a quarter and by one third, respectively, over the course of five years (between 2012 and 2017). In Poland, broadband internet coverage only increased by 10.6 percentage points during that time period.

The section of the report pointing to the reasons for the lack of internet access in the individual countries is also interesting: will areas without internet access, be gradually disappearing, or will they stay? According to the OECD experts, the most important reason for the lack of access to high-speed internet is lack of appropriate skills among potential users. In Portugal, as many as 73 per cent of the people who do not have access to the internet admitted that they lacked the necessary digital skills. Even in the technologically advanced Finland the issue of insufficient skills was indicated by 72 per cent of people lacking access to the internet. However, this is not such a pressing issue in Finland, because as many as 93 per cent of its population already have internet access.

For comparison, in 2017 in Poland over half of those who did not have access to high-speed internet (54 per cent) cited their lack of skills as the reason. If we take into account those who already have internet access, the scope of digital exclusion in Poland could be estimated at about 12 per cent of the population. At the same time, the percentage of people who admit that they don’t know how to use the internet, but also don’t feel the need to use it, is greater in Poland that in other countries. Perhaps this is simply a generational issue, and perhaps the authorities responsible for promoting digital inclusion simply aren’t able to convey to people, how essential internet access could turn out to be in the future.