07.01.2020
The President of Ukraine Volodymyr Zelensky has announced a rapid technological leap and the full digitalization of the state. However, previous achievements in this area are not very reassuring. 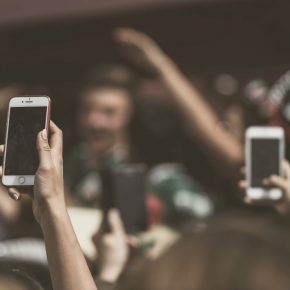 Mr. Zelensky believes that innovations in the area of digital economy should constitute the foundations of a modern state — the project known as the “State in a Smartphone”, presented in late May during the “iForum 2019” conference in Kiev, is supposed to serve as an expression of this attitude.

According to the plan, by 2024 some 75 per cent of Ukrainian residents will own and will be able to use modern means of digital identification, and more than 90 per cent of public services will be provided online. The first stage of the program is supposed to include the introduction of SmartID, an electronic signature in the form of an application in the mobile phone.

The implementation of the program is supposed to help in combating corruption and the arbitrary decisions of public officials, and to reduce the size of the shadow economy, which a large percentage of Ukrainian companies are simply forced to operate in. On the other hand, it would also allow significant cuts in the state administration.

“We have to change because otherwise our country doesn’t stand a chance. Today, we are losing to Kazakhstan, Tajikistan, Belarus, Georgia and Moldova. The example of Africa, which missed the era of land-line telecommunications, and leapfrogged directly into the world of mobile telecommunications, shows that sometimes lagging behind other countries in terms of civilizational progress could create a chance to jump directly to the latest solutions. The lack of energy networks could stimulate the development of renewable energy systems at the level of households. The lack of a banking infrastructure could stimulate the development of mobile banking. The lack of a road network could stimulate the use of drones. What is the practical meaning of innovations in Ukraine? How could an officer of the law enforcement institutions threaten you with confiscating your company’s documentation if these documents are digital? How could someone illegally seize another person’s property by changing the entries in the property registry if that registry is based on the blockchain? That’s impossible. Digitization would enable a several-fold reduction in the operating costs of the state. It is impossible to fight corruption without a transition to e-government. Let’s imagine a reality in which — during our morning commute to work — we not only read the news on our smartphone, but we can also browse through the proposed legislation, and submit amendments. A reality in which we can verify the work of our representative in the parliament and recall them if necessary,” said Mr. Zelensky, while describing his vision of a digital Ukraine.

For the time being, however, the essence of Ukrainian digitization is best captured by a notice posted at a resident registration office in the eastern city of Dnipro. In the notice the citizens are kindly asked to understand the fact that all deadlines for the processing of the submitted matters have been extended because of the transition to the digital version of the register of residents.

The first attempts to introduce a digital economy and state administration in Ukraine were made already at the beginning of the century — the authorities prepared a digital version of the land ownership registry kept by the State Service of Ukraine for Geodesy, Cartography and Cadastre (Gosgeonadzor). This was supposed to ensure that the registry is both technologically advanced and — most importantly — reliable. Satellite images of the land parcels along with data from the GPS system instead of land surveyors with their poles and theodolites were supposed to guarantee the reliability of the registry. The reality proved to be different than the expectations. While an electronic registry was created, it still remains incomplete and only covers some of the properties. Moreover, the authorities have thus far been unable to implement a unified way in which the plots of land are described.

As a result, the registry oftentimes provides different sets of data for two neighboring properties. Additionally, the location of many plots of land on the map does not correspond to their actual location. One of the banks operating in Ukraine recently put up for sale a plot of land seized from a debtor — the cadastral number provided in the offer indicated that the property is located in a village on the Black Sea coast, while the map showed a land parcel located in the middle of the Ukrainian steppe, several hundred kilometers away. It is therefore no wonder that the website of the state land cadaster contains a message warning the users about possible errors and encouraging them to report any inaccuracies to the officials responsible for the registry.

Public officials have outsmarted the system

The electronic public procurement platform Prozorro was created in order to “ensure the quick and effective sales of state and municipal property, and to prevent corruption thanks to the centralization of data, civil oversight, and an extension of the group of buyers”. The platform was launched as a joint project of the Ministry of Economic Development and Trade, Transparency International and the Individual Deposits Guarantee Fund, with the participation of the governments of Germany and the United Kingdom. Theoretically, all the processes take place automatically, but the reality is different, because changes in the tender records can be introduced manually. Additionally, public officials quickly learned how to formulate the tender requirements in order to ensure that their preferred bidder wins.

The digitization of real estate and company ownership registries has led to a wave of illegal seizures of the property of Ukrainian citizens. A few years ago, the government decided to grant the right to introduce changes in real estate registries to private registrars, who were allowed to operate virtually without any supervision. As a result, these entities started removing the rightful owners from the land registries and entering other people in their place. The Ukrainian authorities still claim that the citizens who were deprived of their property in this way should seek justice in the court system and should submit lawsuits against the criminals on their own. Meanwhile the land ownership registries have ceased to fulfil the functions that land and mortgage registers and entries in the National Court Register have in Poland.

The number of Ukrainians struggling with the country’s digital progress is constantly growing. In 2016, the government announced a transition from paper identification documents to plastic ID cards equipped with an electronic chip. However, right now in order to get anything done at a public office or a bank every citizen has to obtain and carry an additional paper document — a certificate confirming their place of residence. This is due to the fact that during the introduction of the “digital” ID cards, the authorities failed to ensure a uniform standard of records on the microchip. As a result, the information concerning one’s place of residence, which was previously entered manually in each paper identification document, is now encoded on some ID cards and is missing on others. Moreover, it is oftentimes impossible to read the information encoded on the ID card, because most of the institutions don’t have the necessary equipment.

A village with a cryptocurrency

However, the process of digitization of the Ukrainian economy also holds positive surprises. A local project known as “village on a blockchain” was launched in the commune of Elizavetovka near Dnipro, in the eastern part of Ukraine. In 2018, as part of an effort to familiarize the residents with modern technologies, the village council — as the first one in Ukraine — adopted a resolution allowing the use of cryptocurrencies within the territory of the village.

The local authorities purchased a “cryptocurrency basket” for each resident, and in the spring 2019 they distributed the profits from the growth in its value. Getting the residents acquainted with cryptocurrencies is only the first step of the process, which is supposed to culminate in the issuance of the commune’s own tokens. They should stimulate the development of the local economy, which is currently inhibited by the lack of resources in the traditional currency. The plan also provides for the installation of an IT infrastructure that would allow the villagers to use these tokens in their business dealings. “Despite the local scale of our experiment, we have adopted a broader goal — to fight against the degradation of rural areas and to stop the growing inequality,” said Maxim Golosnoy, the Chairman of the Elizavetovka Village Council, while explaining the idea behind this project.

In 2020, Ukrainian citizens should be able to use over 200 digital administrative services. However, in order to feel the benefits, it will be necessary to first develop the country’s digital identification system. “For the time being, there are serious problems in this area — the existing electronic signature and digital identification systems are not very popular among the citizens, because they are based on outdated technologies and have a limited scope of application,” admits Oleksiy Vyskub, the First Deputy Head of the State Agency for e-Governance.

An opportunity for investors

It is unlikely that Ukraine will be able to implement the “State in a Smartphone” program on its own, but foreign investors and experts have already expressed interest in the idea.

Mykhailo Fedorov, an adviser to the President of Ukraine, responsible for the “State in a Smartphone” program described its objectives in the following way: “One of the important priorities is the development of a digital identification system. Our priority is to ensure that every Ukrainian has comfortable and safe means of such identification. In the near future our citizens will no longer be required to visit public offices in order to obtain permits, certificates, social support, and to register a company. These solutions will allow people to take care of their administrative issues without leaving their homes.”

One major challenge associated with digitization will be to provide broadband internet access for the entire territory of the country, which has already been acknowledged by the presidential administration. And without that, the idea of universal digitization makes no sense.

Experts from abroad have already promised to help in solving these issues. In June 2019, the Japanese billionaire Hiroshi Mikitani — who founded the company Rakuten which owns, among others, the popular messaging app Viber, and one of the world’s largest e-commerce platforms — came to Kiev for a meeting with Volodymyr Zelensky. The Japanese have declared their participation in the “State in a Smartphone” program and Mr. Mikitani was invited to join the presidential National Investment Council.

The Estonian E-Governance Academy has also joined in the process of digitization of the Ukrainian government. Its experts are supposed to work on a system enabling data exchange between the existing national registers and on the modernization of these registers.

IT companies from Poland could also play a part in the implementation of the wide digitization program pursued by its eastern neighbor. However, this would require institutional support for their activities on the part of the Polish government administration. Ukraine still remains a very difficult market and companies attempting to operate there without any official support are bound to encounter many challenges. 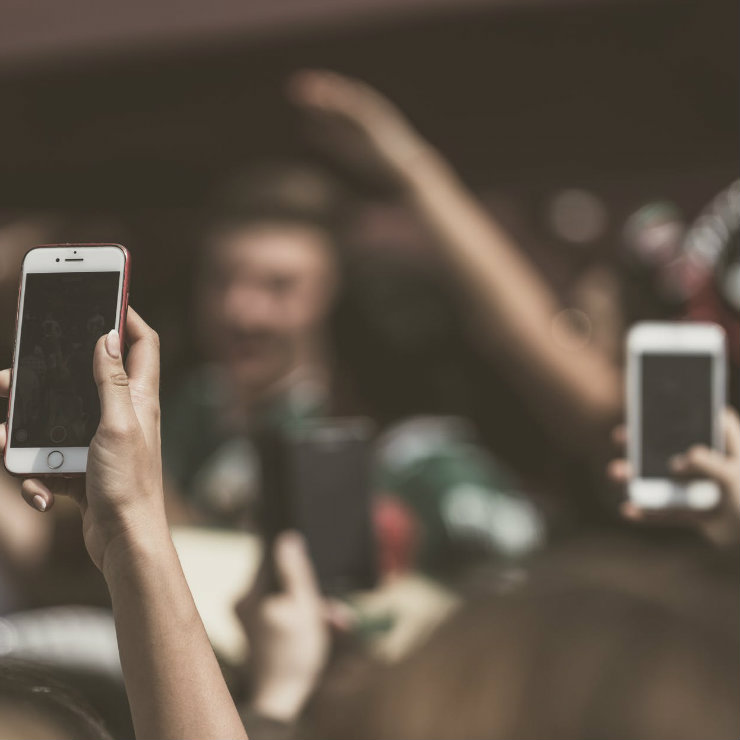