The Inclusive Development Index (IDI), designed as an alternative to GDP, reflects criteria by which people evaluate their countries’ economic progress. Most citizens don’t care about GDP growth but do care about changes in their households’ standard of living. This is a multidimensional phenomenon that encompasses income, employment opportunity, economic security, and quality of life. And yet, GDP growth remains the primary focus of both policymakers and the media, and is still the standard measure of economic success.

The WEF’s framework identifies 15 areas of structural economic policy and institutional strength that have the potential to contribute simultaneously to higher growth and wider social participation in the process and benefits of such growth.

Norway is the best performing advanced economy in 2018, with a consistently strong performance: it ranks second on one of the Index’s three pillars (Intergenerational Equity and Sustainability) and third on each of the other two (Growth and Development, and Inclusion).

Central and Southeast Europe is divided

According to WEF four countries of the region are considered as the advanced economies: Czech Republic, Slovenia, Slovakia and Estonia.

Czech Republic is 15th, with the overall score 5.09. It’s among the top 20 per cent of countries as far as net income Gini, poverty rate and public debt are concerned. Slovenia and Slovakia are on the top with wealth Gini, and Slovakia is also the top country in dependency ratio. Estonia, being ranked as 22nd, is on the top with wealth Gini and public debt.

In the ranking of emerging economies, six European economies are among the top 10: Lithuania as the 1st one, Hungary the 2nd, Latvia the 4th, Poland the 5th, Croatia the 7th, and Romania as the 10th. These economies perform particularly well on Growth and Development, benefiting from EU membership, and Inclusion, with rising median living standards and declining wealth inequality. 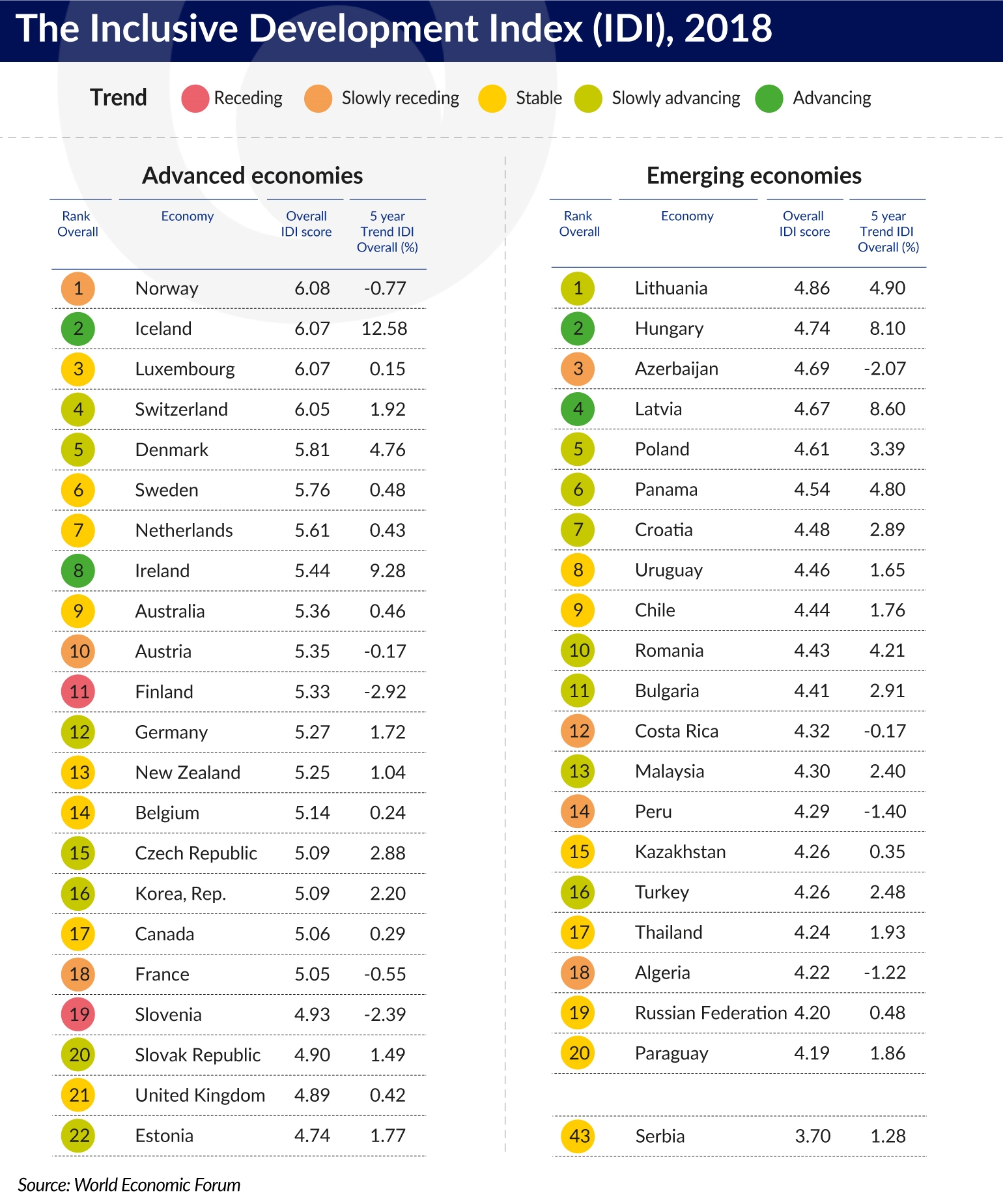 More than half of countries improved their performance

Income inequality has risen or remained stagnant in 20 of the 29 advanced economies, and poverty has increased in 17. Most emerging economies have improved, with 84 per cent of them registering a decline in poverty, though their absolute levels of inequality remain much higher. In both advanced and emerging economies, wealth is significantly more unequally distributed than income.

In Intergenerational Equity and Sustainability the trend is discouraging, with a decline in 56 of the 74 emerging economies. This is largely driven by growing fiscal and demographic pressures and a decline in adjusted net savings, which measures the true rate of savings in an economy, after taking into account investments in human capital, depletion of natural resources, and damage caused by pollution.

Should we worship GDP growth?

GDP growth is a necessary but not sufficient condition for achieving the broad-based progress in living standards on which politicians ultimately judge their countries’ economic success. Socioeconomic inequity is largely an endogenous rather than an exogenous challenge for policymakers. It needs to be recognized, prioritized, and measured as such in order to sustain public confidence in the capacity of technological progress and international economic integration to support rising living standards for all.

A new growth model that places people and living standards at the center of national economic policy and international economic integration is required to transform inclusive growth from aspiration into action in the Fourth Industrial Revolution.

The full WEF’s report can be found here.

World Bank: The recovery in Central Europe in 2021 will be underpinned by, among others, interest rate policy in Poland

Category: Macroeconomics 15.02.2021
The recovery in Central Europe will be supported by a rebound in global trade and activity in the euro area, and by exceptional policy accommodation throughout 2021, including near-zero policy interest rates in Poland – says Franziska Ohnsorge, manager, Prospects Group at the World Bank. 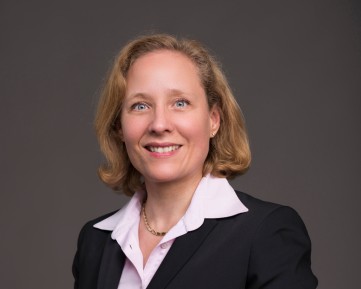