Poland is not ready for robotization

17.01.2019
The demographic crisis and the automation of the labor market are the key challenges for the Polish economy in the coming decades. Facing them will require extraordinary solutions. 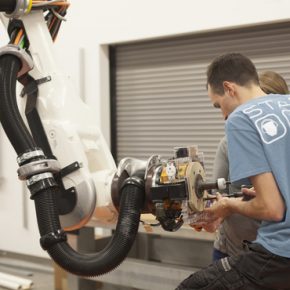 There are fewer and fewer workers in Poland, but the number of retirees is constantly growing. In 2060, there will be 106.3 senior citizens for every 100 employees in Poland. For comparison, in 2016 there were 53.8 retirees for 100 workers. The daily newspaper Rzeczpospolita has recently presented the conclusions of a study conducted by the European Commission, according to which Polish retirees will ultimately see the consequences of these negative trends in their wallets. The European Commission points out that there will be a decline in the wage replacement rate, that is, the ratio of the first retirement pension payment to the last pre-retirement salary. As a result, in 2050 the average pension will amount to only 27.3 percent of the average wage.

As a result many pensioners will be deprived of a sufficient living income, but the state budget will remain stable. This raises certain doubts, primarily of ethical nature. Besides, even if we decide to ignore this problem, the vast army of retirees will constitute a significant interest group that will be pressuring the politicians to raise the pensions — at the expense of the workers paying their contributions, or directly at the expense of the state budget. We should keep in mind, that pensioners are the group with the highest voter turnout rate in elections in Poland.

This means that will be impossible for Poland to avoid an increase in budgetary burdens resulting from the pensions crisis. The question remains, however, how Poland can alleviate these effects? Of course, according to the recommendations presented by economists, we should raise the retirement age and increase the labor force participation rate among young women. However, this will not be enough, because it would only allow us to reduce the effects of the demographic crisis by 50 per cent.

How to close the gap

It seems that a good solution would be to accept migrant workers with a relatively similar cultural background, in particular Ukrainians. There are many signs indicating, that Poland, as a country that is developing well, will remain an attractive destination for migrants from other countries. In the article entitled “The aging of the population in Poland in conditions of intense international migration” Agnieszka Fihel and Marek Okólski claim, that in the years 2025-2029 Poland will become a country of a net immigration. The newcomers will probably support the Polish pension system to some extent. However, hoping that migration alone will solve the problem is a short-sighted approach. In the article entitled “Intergenerational distribution of consumption and income in Poland in the context of the aging of the population” Agnieszka Chłoń-Domińczak indicates other ways of solving the demographic crisis:

In order to ensure that the increase in the rate of professional activity of young women does not take place at the expense of demographic growth (in the form of low fertility rates), it would be necessary to create more childcare places in nurseries and daycare centers, and to develop a system of incentives for fathers to participate in the upbringing of children. In the article entitled “Family policy and labor supply in Poland” Irena E. Kotowska and Iga Magda point out, that it would also be worth considering a modification of the traditional school hours, in order to make it easier for parents of younger children to reconcile work with child care, both before and after the classes.

Solutions such as flexible working hours or remote work, which are not very popular in Poland, are also very important.

Efforts may also be supported by robotization. Experts claim that work will become more efficient thanks to intelligent and reliable machines. In turn, people will prove to be less essential to the economy. Right now such a vision seems overly optimistic. According to a report entitled “How will automation impact jobs?” and prepared by John Hawksworth, Richard Berriman and Saloni Goel from PwC, the development of artificial intelligence could contribute up to USD15 trillion to the global GDP by 2030. Poland will also get a slice of that pie. This mat, at least partially, help in alleviating the economic difficulties arising from the demographic crisis. These funds could be used to secure the retirement pensions of Poles or could be reinvested. It is important to ensure that they are not wasted on pork-barrel projects that only serve short-term political gains.

However, we would be naive to think that the development of artificial intelligence (AI) will help solve all the problems resulting from the demographic crisis. After all, AI will probably generate a number of new problems, and in particular in the social sphere. This will mainly be related to issues such as unemployment and the need to help people adapt to the new realities on the labor market.

We must prepare for significant changes. According to a report entitled “Jobs lost, jobs gained: workforce transitions in a time of automation”, prepared by the consulting company McKinsey, up to 30 per cent of the hours worked globally could be automated by 2030. As a result, between 75 million to 375 million people may need to switch their occupation and learn new skills. Based on historical data, we can predict with high probability that by 2030 8-9 per cent of new jobs will be created in professions that have not existed previously.

Therefore, in the not-so-distant future, we will have to ensure that workers can be retrained and reskilled in the most efficient way possible. Even if we assume, that in the long run automation will strengthen economic growth and create new jobs, its social costs (but also budgetary costs associated with the payment of social benefits) may turn out to be huge. According to data derived from the plans for the year 2017, the Poland’s Social Insurance Institution (ZUS) currently spends approximately PLN40bn (EUR32.6bn) on the payment of retirement pensions (without supplements). According to the Rzeczpospolita daily, in that same year the state budget subsidy to the pension system amounted to over PLN80bn (EUR18.6bn). This gives a total of approximately PLN225bn (EUR52.4bn) spent each year on pensions — with 5.1 million people collecting retirement pensions as of March 2017. According to data from the Statistics Poland (GUS), in 2050 the number of retirement-age people in Poland will exceed 11.1 million (a vast majority of them will collect pensions).

How to overcome the challenges

According to the authors of the analysis presented by PwC, governments should invest in education and the skills necessary to adapt to the technological changes. This would include training people how to function in the digital world, as well as providing education in STEM fields and natural sciences, but also in areas associated with creative thinking.

In an era of rapid technological progress and data overload, the knowledge acquired at school or at university — in the case of some subjects — may turn out to be obsolete soon after graduation. Qualities such as the ability to think in a creative way and to solve problems, as well as the ability to adapt to new conditions and resistance to stress are therefore becoming increasingly important.

Is the Polish educational system ready for these challenges? It is difficult to answer this question unequivocally. Some indication could be provided by the PISA exam results from 2015. Polish students performed above the OECD average in all categories: natural sciences, mathematics, and reading. The result is therefore satisfactory, but not exceptional.

In light of the challenges related to automation it is also necessary to provide retraining assistance to people who are already on the labor market. This could involve, for example, retraining truck drivers to take up other jobs in the services sectors. It is also necessary to create social safety nets to support people who may find it difficult to adjust to the pace of changes.

According to the authors of the report published by McKinsey, “workers of the future will spend more time on activities that machines are less capable of, such as managing people, applying expertise, and communicating with others”. In turn, “they will spend less time on predictable physical activities and on collecting and processing data, where machines already exceed human performance”.

McKinsey presented a list of professional groups that should benefit from automation by 2030:

In order to adapt to the new reality, it is necessary to pursue policies that take into account the long-term trends. One good example in the area of education is the „Integrated skills strategy” conducted by the Educational Research Institute working under the supervision of the Ministry of National Education. On its website, the Institute states, that “skills are among the key factors affecting the level of socio-economic development in the 21st century”. The Institute further stresses, that “megatrends, such as technological progress, digitization, globalization, climate change or the aging of the population, are triggering dynamic changes that affect the creation of jobs, as well as the ways in which professional tasks are performed. This, in turn, translates into the changing demand for skills.”

Government agencies and organization that cooperate with them should follow the example set by the Educational Research Institute and prepare Polish citizens (not only the youngest ones) to face the megatrends of societal aging and the automation of the labor market. 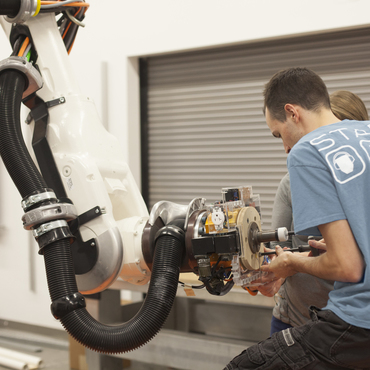