22.04.2013
The current decade will not be a golden one for Poland. There is a chance, though, the decade will not be lost. In the coming decade, Poland may grow at an average rate of 3% per year. This is less than in the past 20 years but a slowdown accompanying a growth in the wealth of a country is quite natural.

At a meeting with students of the Cracow University of Economics I asked them how they assessed the outlook for Poland’s average GDP growth in the coming decade. They could choose from three possible answers: below 2.5%, in the range of 2.5-3.5%, above 3.5%. The answers surprised me a little. More than one third of the students said the growth rate would be below 2.5%, with only one person in the group  of 35 persons saying it could be more than 3.5%. The remaining persons opted for the middle range.

The answers emanate some pessimism. Few people believe that Poland will manage to return to the growth trend of the past two decades, i.e. 4-4.5%. This is easy to understand. Many people believe that we may be facing a decade of very slow growth. Of course, students are not a representative sample but it seems that certain pessimism  related to the growth outlook for Poland is mounting among people who are observing the economy. The media have been raising the argument that the growth will be sustainably low if we do not carry out structural reforms. A slow change in sentiment is best reflected by the fact that a rather expressive economist, Krzysztof Rybiński, who in 2009 forecasted a golden decade of the Polish economy is now forecasting a lost decade.

I myself have repeatedly written that the easy times are over. We are entering the third stage of development after the transformation. In the first stage, in the 1990s, fundamental pro-market reforms (economic freedom, opening to the world, stabilisation of the currency value) provided the economy with a natural momentum. In the second stage, in the 2000s, accession to the European Union proved to be of great assistance. Currently, we have to generate growth without the favourable wind, and rely on innovation arising from within the Polish economy to a greater extent, rather than from imported innovation. This will be difficult.

However, it seems to me that excessive pessimism is inadvisable. I agree that it will be difficult to return to a growth rate exceeding 4% if we do not carry out serious reforms. But we are able to maintain a GDP growth rate of at least 3% in the coming decade provided, of course, Great Recession does not come back  as Great Recession 2.0.

The secrets of convergence

Before I discuss forecasts I will first say a few words about economic growth. Economists have at their disposal very sophisticated tools for forecasting short and medium-term changes in the economy (one to two-year horizon), but the possibility of forecasting changes in a longer time horizon is very, very limited. Forecasts are made, inter alia, for the use of financial planning, but not everyone knows that they are accompanied by a huge burden of error risk.

Here are some observations that provide better understanding of development mechanisms and prove how difficult it is to describe them in detail.

First, it is practically impossible to present a list of factors determining economic growth rate. Protection of private ownership, the quality of political institutions, freedom of economic activity, social capital are all factors that support development in an obvious way but the devil is in the details. It is difficult to assign a quantitative character to these factors, in other words, analyse a particular impact of particular institutions on GDP growth.

Second, the best single ratio allowing to foresee growth rate of a given country in a longer period is its growth rate in the past. Economists are not so fond of this fact as the whole complicated forecasting process is reduced to the extrapolation of trends, possibly with slight adjustments.

Fourth, a lot of attention has recently been devoted to the middle income trap, i.e. a significant risk of an abrupt economic slowdown at the moment of attaining a middle level of income. Such a risk does exist. However, data and analyses are too scarce to enable an in-depth description of the trap.

3 percent is within our reach

Let us turn to Poland and start with the question about the middle income trap. Are we at risk? In terms of GDP per capita we have just exceeded the level of USD 16 thousand which is recognised as the threshold of increased risk. The figure above shows that some European countries that followed the path from moderately low to high level of development not long ago, like we did, slowed down markedly after exceeding the threshold of USD 15 thousand per capita.

What happens if we fall into the trap?  Countries that experienced an abrupt slowdown recorded a a two-fold reduction in the growth trend of GDP per capita, which is demonstrated, among others, by the study of Barry Eichengreen. This would imply that the growth rate of the ratio in Poland will fall from 4 to 2 per cent. Or below this figure. This would indeed be a very bad scenario.

It is worth noting however, that countries that have fallen into the middle income trap were usually overinvested, had a high inflation level or a clearly underestimated exchange rate. For example, Spain, Ireland and Portugal, whose path is presented on the figure, fell into the trap with inflation exceeding 20%. On the other hand, in macroeconomic terms Poland’s economy is fairly balanced. Therefore, even if certain mechanisms defined as middle income trap are activated in Poland, a two-fold decline of growth rate should not occur. Therefore, I would see the 2% as the absolute minimum.

Let us look at the problem from a different perspective. I have mentioned that convergence is in progress in Europe, which means that a country’s level of development is a factor that helps forecast the growth rate. A simple econometric model using the level of development to assess growth rate suggests that in the coming decade Poland should grow at the rate of 2.3%. We should, however, allow for the fact that in the last two decades Polish economy performed markedly better than forecast by the model – in the 1990s  the model would suggest a growth at the level of 3.5% and in the 2000s – at 3%, while the result recorded in both decades was 4%. Therefore, taking into account this model, the forecast for Poland’s GDP growth of 3% does not seem exaggerated.

An even higher growth estimate is generated if we account for the fact that the best factor forecasting growth rate is the actual growth rate from the past. In the decade of 2000-2010 Poland grew at 4%. Taking into account a model similar to the one above (the estimates are very similar to those contained in the work of Robert Barro of 2012) we are able to attain a growth in the order of 3.4% in the coming decade. Intuitively it can be presented in the following way: since Poland managed to record a 4% growth rate in recent years, it is difficult to find events, apart from convergence (we are richer so we are growing slower) that could push us off the path suddenly.

Some people may say that the euro area crisis has to reduce Poland’s growth potential. Right, but if in the last two decades we grew by 2.5% faster on average than Germany, there is no reason to believe that in the coming decade the difference is to fall below 2%. This implies that even if Germany grows at the rate of 1%, we may attain 3%.

Simple estimates show that Poland’s GDP per capita in the coming decade should grow at the rate of 2-3.4%. This forecast should be adjusted for demographic changes: working age population will shrink gradually, falling by 2% until 2018. This could reduce the average yearly total GDP growth by around 0.3 percentage points, but we may hope that at least part of the decline will be compensated by a rise in labour force participation(a slow phasing out of early pensions).

Following the demographic adjustment the simple forecast of total GDP growth in the coming decade may be in the order of 1.8-3.2%. At the same time, I firmly believe that attaining the upper ceiling of the range is more probable than recording a growth with the bottom value of the range. I do see reasons for a clear slowdown of the growth trend but I do not see reasons for a downturn.

The pros and cons of the Eurozone

Category: Macroeconomics 25.04.2019
The year 2019 marks the 20th anniversary of creation of the Eurozone, so this is a good opportunity to look at the benefits and losses that the single currency has brought to the European Union. 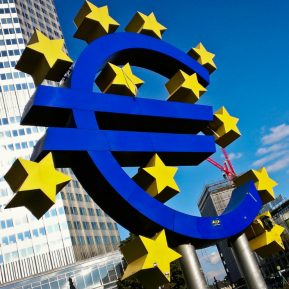