19.09.2012
The joy over the record low interest obtained by the Polish government when selling the dollar bonds for USD 2 bn seems justified. Unfortunately, only at first glance.

Yes, we did borrow cheaply considering our situation, but Poland’s liabilities towards foreign countries keep increasing. No one should be comfortable with this trend.

In a few days, the National Bank of Poland will publish data on Poland’s foreign debt (debt of the government, banks and companies) as at the end of the first half of the year and on the international investment position. I suspect these data will indicate Poland’s growing liabilities to the world, which, in contrast to state institutions and the citizens, usually is much less patient in the face of economic problems.

The example of investors fleeing from the peripheral eurozone countries is very telling. At first, the outflow of capital concerned foreign investors. Only after some time did the Greek and the Spanish begin to withdraw funds from local banks which, by the way, are still getting up to their ears in governments’ bonds although foreign investors have already started to steer clear of them.

While foreign debt is intuitively understandable, international position as a measure of the country’s financial relations with other states is much less known, and worth a few words of explanation. So, the net international investment position is the result obtained after deducting liabilities, or international obligations, from the foreign assets held. If the net value is positive, it means the country is a creditor towards the rest of the world, if negative — it means it has more liabilities.

As you can guess, in the case of Poland, the investment position is deeply negative. At the end of the first quarter of 2012, it amounted to minus EUR 245 bn. Eurostat calculated our assets at EUR 143.4 bn, and liabilities — at EUR 388.4 bn (NBP data are slightly different). To compare, last year’s Polish gross domestic product totaled EUR 370 bn, as calculated according to the Eurostat methodology. This means that foreign liabilities amount to more than 104 percent of GDP.

Let me add here that the ratio of foreign liabilities to GDP, as compared with other countries of the region, or the periphery of the eurozone, is not bad. In the Czech Republic it amounts to 115 percent of GDP, in Hungary — 180 percent, and in Greece and Spain it is even slightly higher. But when we take a look at the net international position (i.e. taking into account the assets), which is also negative in these countries, Poland’s situation looks worse. In Poland, the net international position amounts to minus 66 percent of GDP, and in the Czech Republic — only minus 51 percent.

Also, the indicators in Greece and Spain, in spite of being worse than in Poland, are not that much worse than in the case of liabilities alone. Their net positions, in relation to GDP, amount to minus 90 and minus 92 percent. But for two years now they have been gradually improving, while our “minus” has been growing from year to year. In professional literature, as suggested by Kenneth Rogoff, 60 percent of GDP is accepted as the foreign debt safety limit for countries classified as emerging markets. When the indicator is higher, economic growth slows down rapidly.

If you take a look at all the countries of the European Union, you will notice that in relation to GDP only Latvia, Ireland, Spain, Greece, Bulgaria, Cyprus, Hungary and Portugal have worse (more negative) international positions than Poland. The situation of Slovakia and Romania is similar to that of Poland (but a bit better); the situation of the rest of Europe is much better. The investment positions of Finland, Belgium, Germany and the Netherlands is even positive.

What is the reason for our weak net international investment position? Well, it is not only high external debt. It also results from the fact that we have very modest foreign assets, and considerable and rapidly growing liabilities. For example, the Czech Republic holds assets equal to 64 percent of GDP, while our assets equal only to 39 percent.

Consequently — although it seems hardly anyone is aware of this fact — according to McKinsey’s report published last year, Poland turned out to be the world’s tenth largest debtor (which was pointed out by Krzysztof Rybiński last year). And it does not seem that we have dropped out of the top ten since then. On the contrary, there is even a risk that we are moving up the list.

According to McKinsey, at the end of 2010, France, Greece and Mexico had a more negative net investment position (as calculated in dollars), but the differences were not considerable. Owing to large assets, even the investment position of the United Kingdom and Italy is not much worse than that of Poland in absolute terms, which means that in relation to GDP it is much better (United Kingdom — minus 13.3 percent of GDP, Italy — minus 21.8 percent).

The world’s biggest debtor is the United States, but there, too, the negative net international investment position does not even amount to 25 percent of GDP. In total, among the ten largest net debtors in the world we are, it seems, at the little honorable third place, if you take into account the relation to gross domestic product.

Why the suspicion that our position may be worse after the first half of the year than after the first quarter? First of all, it follows from the Poland-based foreign investors’ demand for Polish bonds and increased intensity of Polish bonds’ issues in foreign currencies across the world, as compared with the previous year. It also follows from the fast-growing issues of Polish corporate debt securities, some of which are purchased by foreign buyers. The reasons for our weak position also include Poland’s modest foreign investment, while the inflow of direct capital into our country continues (although at a slower rate). The persisting balance of  payments deficit on the current account is also of importance here.

As a result, during the last five years, our “minus” has grown almost twofold (from EUR 131 bn after the first quarter of 2007 to EUR 244 bn after the first quarter of 2012). During this period (from 2011 to 2007), GDP terms of euro rose by nearly 19 percent, or 36 percent (if you compare 2011 to 2006). Either way — its growth is much slower. For the record, in the second quarter of this year, on the assets side, the reserves grew by almost EUR 6 bn and the zloty appreciated slightly, which will, in turn, improve the net international position. So maybe it will not be so bad.

Could the movements of capital in the global market make Poland’s international investment position drastically worse? It is complicated. Over 40 percent of liabilities are foreign direct investments in Poland (EUR 162.7 bn), from which it is not so easy to withdraw overnight (if anyone felt like it). But it is much easier to withdraw from government bonds (portfolio investment — EUR 108.8 bn), loan facilities or bonds issued by financial institutions (EUR 25.7 bn), and finally deposits at Polish banks (EUR 21.9 bn). In terms of assets, our resources for saving our situation are more limited: foreign currency reserves — EUR 74.7 bn, very modest portfolio investment (EUR 9.2 bn) and less than EUR 6 bn of deposits abroad.

However, the trend of changes is the most important issue. Our liabilities are growing; they are growing faster than our assets. And our foreign debt is increasing faster than GDP. Naturally, all of the indicators would be a bit better, or less worrying, if the zloty appreciated against foreign currencies. The problem is that it should, but it does not want to. I wonder why.

Category: Macroeconomics 07.03.2020
Last August, a report by the Warsaw School of Economics (SGH) argued that if Poland maintains the economic growth rate it enjoyed in 1990-2018, it will catch up with Germany in 21 years' time. Poland’s fast, stable growth rate has enabled it to close some of the gap between itself and Western Europe. 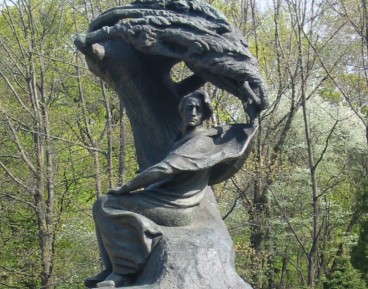