16.01.2015
Napoleon Bonaparte once reportedly complained that history was a set of lies everyone agreed upon. While such a view may be too cynical, it is nonetheless true that nations tend to idealize their past. Poland is no different. Poles tend to mythologize the 16th century as the country’s golden age. The standard narrative is that Poland was then one of the largest countries in Europe, stretching from the Baltic to the Black Sea. It was a military power, winning wars and battles galore. It was Europe’s “breadbasket” feeding the burgeoning cities in the West. It was a centre of culture and education, exemplified by such luminaries as Nicholas Copernicus, a graduate of Jagiellonian University in Krakow. Finally, Polish political influence spread into far reaches of Europe. 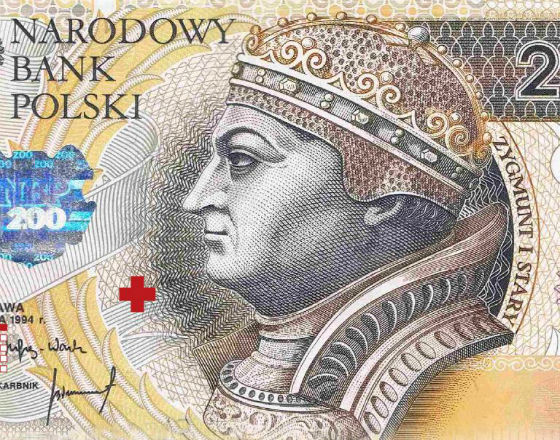 Alas, there is also a much less glorified perspective on this “golden age”. Even at its supposed zenith, Poland was already lagging behind the West in terms of economic development, with its GDP per capita amounting to only 60-70% of European leaders. Life expectancy at birth barely exceeded 25 years, worse than in the West. The spread of printing, the Renaissance’s equivalent of today’s Internet, was much slower than in western Europe, leaving the vast majority of the society illiterate. Poland’s grain exports represented less than 5% of total Western consumption, hardly a breadbasket.

Most of the value added in these exports accrued to German merchants in Gdansk and Dutch traders anyway, akin to today’s relationship between Apple and the manufacturers of its products in China. The vaunted renaissance in Poland’s culture has hardly been noticed elsewhere. Commenting on Poland’s impact on European affairs, the late American historian Tony Judt noted that “Warsaw for most of European history never was the centre of very much at all”. On top of everything, the evidence that Copernicus spoke Polish is not very clear.

It is thus only now, five centuries later, that Poland is experiencing its best time ever, its true Golden Age.

It follows the most successful quarter of a century in the country’s history. Since 1989, Poland has more than doubled its GDP per capita, becoming Europe’s growth champion (Figure 1). During 1995-2013, it was also one of the fastest growing economies among its global peers, beating even the Asian tigers such as Korea or Singapore. It has grown without interruption for 22 years since 1992 and is close to beating historical growth records of Japan or Korea. It was the only economy in the EU to avoid recession in the recent global crisis.

As a result, Poland’s GDP per capita based on purchasing power exceeded $24,000 in 2014 or 65% of the EU15 level of income, the highest since the year 1500. Actual individual consumption, which includes the use of public services financed by the government, is now above 70% of the West. The World Bank and OECD classify Poland as high-income.

The quality of life is higher than what is suggested by the level of income, as reflected in international wellbeing ratings such as the OECD Better Life index. Thanks to the Internet, Poles now enjoy virtually the same access to global technology, culture, and knowledge as their Western neighbours. They use the same smart phones, watch the same movies, and Kindle the same books. In some areas, Poles have even leapfrogged the West: there are more Poles using state-of-the-art paypass credit card technology than Germans. Even Poland’s sports teams are thriving, with its national football team recently beating the German world champions for the first time ever. Donald Tusk, Poland’s former prime minister, has just become the head of the European Council, the highest international position for a Pole in the country’s history (perhaps with the exception of Pope John Paul II). It is not surprising then that more than 80% of Poles are now satisfied with their lives, up from only half at the beginning of transition.

Unlike many other fast growing economies, Poland’s growth has been based on brain power and hard work, not on natural resources or debt. Poland does not have many natural resources and is a large net energy importer. It also has low leverage, with public and private debt remaining below the European average. Finally, the remarkable growth that averaged more than 4% a year over the last two decades has not come at the expense of the poor: for most of the time, the income of the bottom 40% grew as fast as that of the rest of society. As a result, income inequality reflected by the Gini coefficient is equal to the EU average.

What were the sources of Poland’s economic miracle? As with every success, it had many fathers. First, from the beginning Poles knew where they were going: they wanted to overcome their historical hang-ups and become fully European. In the process, they adopted wholesale Western institutions, rules and social norms. Second, the Second World War and socialism eliminated the traditionally feudal, class-ridden and elitist structure of society, allowing a pro-growth middle-class and its values to prevail for the first time in the country’s history. Third, building on one of the few positive legacies of socialism, Poland further expanded the quantity and quality of education. Today every other young person studies at a university level, above the EU average. At the same time, Poland’s primary and secondary educational system produces geniuses on the cheap: Polish 15-year-olds are more functionally literate than almost all their Western European peers despite spending less than half of the EU average on education. Finally, Poland benefited from a strong entrepreneurial spirit, healthy banking sector, solid policy-making, and successful absorption of more than €100bn in EU funds since joining the Union in 2004.

Prospects for further growth and catching up with the West are positive. According to the IMF, in 2014 and 2015 Poland will grow almost three times faster than the euro zone. In the longer term, the European Commission forecasts that Poland should expand at a higher pace than Western Europe until at least 2030. This would allow Poland to reach around 80% of western Europe’s level of income, the highest on historical record (Figure 2). Poland’s Golden Age would be in full swing.

However, all the projections notwithstanding, economic history suggests that past performance is no guarantee of future success. Poland will have to continue to work hard to ensure that the Golden Age really happens. It will need to deal with a number of important challenges and adopt a set of policies prescribed by the emerging “Warsaw Consensus”.

First, Poland will need to increasingly focus on innovation. Although imports of technology from the West will support Poland’s growth for years to come – Poland’s level of productivity per hour amounts to less than half of Germany’s, leaving much space for technology absorption – to sustain a fast pace of convergence it will nonetheless need to increasingly move from imitation to innovation, from quantity to quality, from potato chips to microchips. This change will not happen on its own: the public innovation support system needs to be fundamentally modernised to support firms’ spending on R&D and innovation. Efficient investment of almost €10bn available from European Union funds until 2020 will be key in achieving it.

Second, Poland will need to enhance the quality of tertiary education. There are no Polish universities among the global elite and the expansion of university education does not always go hand-in-hand with quality. This needs to change if Poland wants to continue to climb the development ladder and allow its youth to compete with the best global minds. Universities should open up to foreign faculty and students, professionalise governance, and focus on excellence.

Third, the country needs to deal with a projected demographic decline and population aging. It would be well advised to further strengthen pro-family policies, including ensuring universal access to early child care and flexible work arrangements. It should also re-attract Poles who migrated to western Europe by offering return emigrant packages and expanding high-quality English training in schools. And it should introduce a smart immigration policy to attract young, entrepreneurial and educated people from abroad, especially from Eastern Europe, and offer them a clear path to citizenship. Foreign human investment (FHI) should be considered as critical to the country’s future as foreign direct investment (FDI).

On the whole, Poland’s success of the 25 years has been stunning. Poland has become the European economic growth champion. It has shifted from Europe’s periphery, where it languished for centuries, to its core. Poles’ income and quality of life have never been higher. But much still remains to be done to fully catch up with the West. This is a historical opportunity that should not be missed. Poland should start writing its new history. Napoleon would have agreed.

Marcin Piątkowski – Senior Economist at the World Bank in Warsaw. He has published papers on “Poland’s New Golden Age: Shifting from Europe’s Periphery to Its Center”. The article presents personal views only.