16.01.2015
Reform is on the agenda in Kiev. After over twenty years deformed by corruption and incomplete reforms, the demand for “European standards” – an umbrella term for values such as greater transparency and rule-of-law – is stronger than ever. But with Ukraine facing a dramatic recession and a drawn-out conflict in the country’s east, many fear the government will again fail to seize the opportunity to take the painful steps needed to modernise. 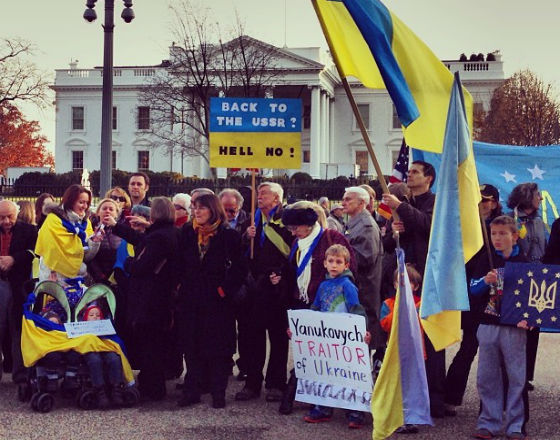 The situation is urgent. Ukraine’s already beaten-up economy has been further ravaged by war and a collapse in exports to Russia. The IMF, which began a $17bn bailout for Ukraine in April 2014, recently identified an additional $15 billion shortfall in the programme. The chances of quickly getting the cash needed to plug the gap do not look good.

While the turbulent events of the past year have amplified Ukraine’s economic woes, many trace their roots back to the early 1990s. That is when Ukraine began to diverge from its central European neighbours, including Poland.

Twenty-five years ago, the numbers were pretty similar. In 1990, Ukraine’s GDP was actually a quarter higher than Poland’s. But while Poland’s expanded from there, Ukraine’s contracted, and it took it fifteen years for it to regain its 1990 level. And whereas GDP per capita in Ukraine still remains at roughly the same level as in 1992 ($2,138 in 2013, in constant 2005 US$), it has more than doubled in Poland over the same period (from $4,476 to $10,753). Ukraine would need to grow by 10% per year, every year until 2030 to converge with Poland, according to a recent piece on Ukraine’s economy in The Economist.

Unlike in countries like Poland or Estonia, where new rulers were eager to break with the communist past, post-independence Kiev lacked committed reformers. This pushed Ukraine into a “vicious circle”, says Vasyl Yurchyshyn, director of the economics programme at the Razumkov Centre, a think-tank in Kiev. The lack of reformist groups and weak business opportunities limited the scope for broad and deep economic change, he says.

A strong private sector would have helped. A World Bank report on Ukraine’s public sector published in early 2014 identifies its stunted development as a key reason for Ukraine’s poor growth, citing the dominance of old industries with low productivity, the low inflow of high value-added FDI, the relatively limited role of SMEs, and a lack of entrepreneurship and innovation.

Unlike its western neighbours, Ukraine did not have the prospect of EU membership to act as a carrot for reforms. Adopting EU regulations, as Poland did many years earlier, would “offer Ukraine the prospect of taming its own demons of bribery, cronyism, and nepotism,” Erik Berglöf, chief economist of the European Bank for Reconstruction and Development, has written.

Corruption has continued to plague Ukraine, which currently ranks 142nd out of 175 countries in Transparency International’s Corruption Perceptions Index. The model of fused political and economic power inherited from the Soviet days, together with the non-transparent, non-competitive privatisations of the 1990s, paved the way for a class of oligarchs who amassed great wealth and did not shy away from using it to political ends.

After the troubles of the 1990s, things picked up in 2000. GDP started expanding, with growth peaking at 12.1% in 2004. The Orange Revolution of that winter (2004-2005), when Ukrainians camped out on Kiev’s Independence Square to protest a flawed presidential election, could have become a significant factor in developing institutions needed for a normal market economy, says Dr Yurchyshyn. But reforms were hampered by internal conflicts within the pro-Western camp, not least between President Viktor Yushchenko and Prime Minister Yulia Tymoshenko. Ukraine entered the financial crisis unprepared, and in 2009 GDP contracted by 14.8%.

Ten years after the Orange Revolution, the mood in Kiev once again favours reform – both within the pro-Western coalition that was voted into office in October and among the Ukrainians who backed the Maidan protests. But with some powerful groups still resisting change and competing political interests within the coalition, many fear that the opportunity could again be squandered.

The war in Ukraine’s east does not help. The loss of Crimea last March deprived Ukraine of 3.7% of its GDP, while the breakaway Donbas region – which has been heavily damaged by months of fighting between separatists and government forces – accounted for around 16% of Ukraine’s GDP. Ukraine’s real GDP fell by 1.1% in the first quarter, 4.6% in the second, 5.6% in the third and the World Bank forecasts it will shrink by 8% in 2014 (revising its earlier prediction of a 5% contraction), citing the protracted instability in the industrialised east. It also predicts a 1% contraction in 2015 (PDF).

Meanwhile, “the government has also used [the fighting in eastern Ukraine] as an excuse not to implement necessary systemic reforms,” writes Tadeusz Iwański of the Centre for Eastern Studies (OSW) in Warsaw in a piece on the economic impact of the conflict.

Despite these difficulties, Arseniy Yatsenyuk’s government is pushing for reform. In December, the Ukrainian parliament approved a programme that cracks down on corruption and the outdated bureaucracy. To cut costs, 28,000 public officials have been laid off, Mr Yatsenyuk says, and over 500 more removed as part of lustration.

Like in the post-communist Europe of the 1990s, institutional reform is a crucial step towards a healthier economy. “It’s more important today for Ukraine to formulate civilised ‘rules of the game’ – institutions, rules and regulations,” says Dr Yurchyshyn. The government in Kiev needs to ensure that economic decision-making cannot become politicised and prevent a new dominance of oligarchic groups, he adds.

“I expect resistance as well and I understand where the resistance is going to come from,” Ukraine’s newly-appointed economics minister, Lithuanian-born Aivaras Abromavicius, told the Kyiv Post in an interview in December, talking about reforms and how he wants to decrease the role of the state in the economy. “But I want to push. Ukraine has no way out,” he added.

Annabelle Chapman is a Warsaw-based journalist, writing for publications including The Economist, Foreign Policy, Newsweek and Foreign Affairs. She has a degree in Politics, Philosophy and Economics and a masters in Russian and East European Studies, both from Oxford University, and was previously based in Kiev. 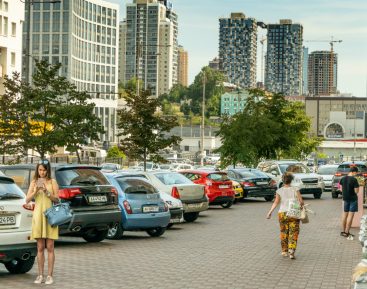 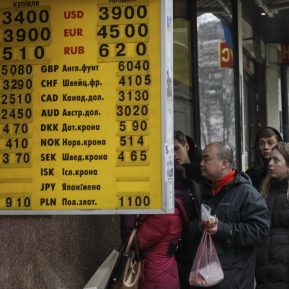