24.09.2019
Last year, 14 per cent of Lithuania's exports went to Russia, the largest share among the country's other importers. Latvia is Lithuania's second biggest trade partner, followed by Poland and Germany. 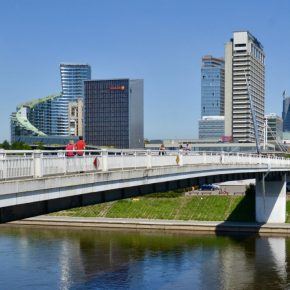 In addition, Russia accounted for the most of Lithuania’s imports, namely 14.2 per cent, while Germany accounted for 12 per cent, Poland for 11.5 per cent and Latvia for 7.2 per cent. Lithuania’s exports to Russia grew by 1.1 per cent y/y in 2018, while its imports of Russian goods increased by 22.5 per cent. Bilateral economic relations are developing despite the EU sanctions on Russia and Moscow’s retaliatory food embargo on foodstuffs from the bloc.

Despite Russia being the major trade partner Lithuania is not afraid of having close relations. Lithuania’s foreign minister, Linas Antanas Linkevičius, told EURACTIV that Lithuania is a member of NATO and the European Union, so there is no direct threat from Russia. However, he said, “there are insecurities in the region, and militaristic arguments are used in political debates.”

„Within the European Union we agreed on common energy principles, we agreed to diversify our energy sources so that we do not depend on just one source,” Mr. Linkevičius stressed. „It is a fairly simple principle that sometimes is not respected and does not apply. Nord Stream 2 is an example of disrespect for our core policies and consistency. This may also be present in the future, it was present in past projects – recall the South Stream, whose construction was prevented for the same reasons,” he added.

Mr. Kubiv noted that as of October 2018, Lithuania had invested almost USD140m in the economy of Ukraine. Moreover, Lithuanian companies also brought partners from other countries, for example from China. “This is a signal for potential investors. The Ukrainian economy is stable, it works and develops,” Mr. Kubiv added.

Lithuania’s economy expanded by 3.6 per cent last year, compared to 2017, slightly faster than expected, the country’s statistics office announced. Statistics Lithuania reported that in 2018, the country’s GDP, estimated based on available statistical data and econometric models, amounted to EUR45.2bn at current prices.

„Lithuania’s economy grew more rapidly at the end of 2018 due to diminished adverse effects of the agricultural sector, while activity of other main sectors of economy, such as manufacturing, construction, trade and transportation, did not change significantly,” Darius Imbrasas, senior economist at Lithuania’s central bank Macroeconomics and forecast department, said quoted in a commentary released by the Bank of Lithuania. Strong domestic demand, fueled both by consumption and investments, was one of the main drivers for economic growth, Mr. Imbrasas said.

Lithuania’s analysts forecast that the economy will further advance this year, nevertheless they also point to a few risk factors. „The growth will be slowed down by weaker external demand. Uncertainty about Brexit, international trade constraints and slower than current growth of the main Lithuania’s trade partners are among the main risk factors as regards economy growth this year,” Mr. Imbrasas said.

The Bank of Lithuania expects the country’s GDP to rise by 2.8 per cent in 2019. Other economists point to recent weaker euro zone’s growth indicators. „Lithuania is not any safe heaven in Europe, therefore slower Eurozone’s growth will have negative impact on our economy,” Tadas Povilauskas, economist at SEB bank in Lithuania, said in his commentary emailed to the local media.

SEB bank expects Lithuania’s economy to expand by 2.9 per cent this year. Lithuania’s Ministry of Finance forecasts 2.8 per cent GDP growth in 2019. 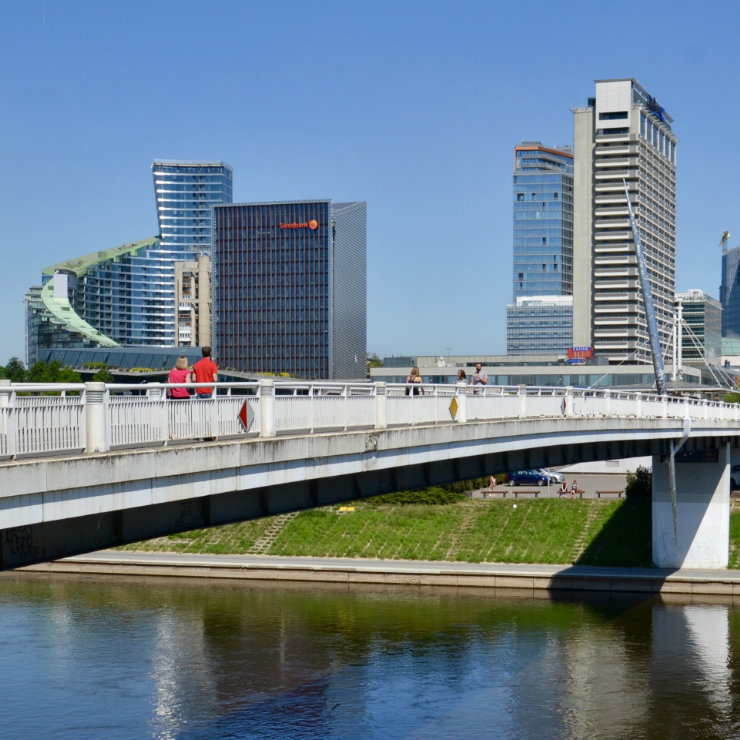