Russian investments in Central Europe should go under scrutiny

29.07.2013
"Poland is in a very difficult situation in terms of its relations with neighbors, but all the disagreements between the country and its neighbors should not affect their economic relations. With only one exception: Russia. Money that comes from Russia has to be controlled and not every Russian investment should be allowed", Edward Lucas, a longtime correspondent from Central and Eastern Europe for The Economist, says. 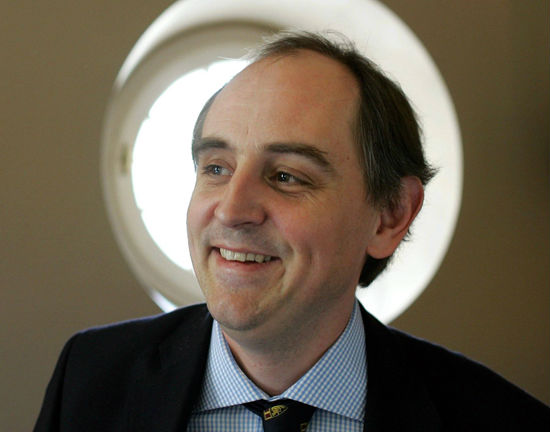 Financial Observer: Ukraine, Belarus, Lithuania, Russia… It’s hard to find a country that Poland borders and doesn’t have a quarrel with about some serious issues. I wonder how deeply those conflicts affect – in a negative way – Poland’s economic relations with the countries in question and what can be done about that?

Edward Lucas: Don’t forget the Czech Republic, Slovakia and Germany. There are also some diplomatic issues. But to be honest, it’s nothing unusual that neighbors disagree in many respects. But you have to remember that every country you border is a totally different case. In Belarus, for instance, you deal with a dictatorship, so the conflict with this country is not only a quarrel about the interpretation of history or about some maritime demarcation, it’s a real clash of civilizations between post-soviet autocracy and western democracy.

A similar case is Russia, but it is even more serious because here you deal with a new imperialism. On the one hand you have got tremendous trade opportunities in Russia, which is not the case with Belarus, but on the other hand there is this worry about dependency and sovereignty. Nobody considers seriously a scenario in which Polish economy becomes dependent on Belarus but it is a real danger when we talk about Russia. So I think it is right for Poland to be cautious here and I wouldn’t call maximizing economic cooperation with Russia the main goal of the Polish government. That goal is crucial if we talk about Polish relations with, say, Lithuania. Lithuania is not a big deal for Poland economically, but Poland is a big deal for Lithuania.

Poland should focus on Lithuania because here we’re are talking about infrastructure, electric power and gas connections. I think that for Poland, as for a good European citizen and an European security actor, it is important to sort this out. Poland is becoming now a mini regional hegemon, a natural leader for the Baltic countries, and it is in your interest that the Baltic countries stay stable and prosperous. If these economies get into real trouble, Poland will have to be a part of the bailout, so the aim is to prevent problems. Similar things can be said about Ukraine, which is a bit autocratic, but not as much as Belarus. It is very important to maximize bilateral trade and investments. The more Ukrainians come to Poland, invest in Poland, trade in Poland, the more Europeanized they become.

This doesn’t have any security downside for your country in the way the economic relations with Russia do, maybe with an exception for narrow areas like natural gas. And one of the last cards we still need to play is Poland investing in Ukraine. Your investments are helping counteract the bad tendencies in the way this country is run.

Actually, I agree with that, but remember that the Ukrainian economy is more diversified than the Russian economy, which is dependent on oil and natural gas. There is no Ukrainian equivalent of Lukoil or Rosnieft or Gasprom, thus companies from Ukraine are not potentially dangerous. So, there is a difference. Obviously, if there is an Ukrainian company related to Russian capital then I would be cautious. Indeed, Poland will have a hard task to accomplish in terms of Europeanizing Ukraine. But you are a great country with economy bigger than this of Ukraine, despite the fact you are a smaller country. You are a fine example for them to follow. Your success is encouraging for them.

Is Poland open enough for foreign investments from Ukraine or Lithuania?

I think so. I would not say that Poland is especially open for Russian investments. And itis good – if Russia would like to invest in PGNiG, Poland should be cautious, because energy sector is a strategic one.

What other sectors of strategic importance should be protected against Russian influence?

The really important thing here is who is the Russian business partner, not which sector he invests in. If it is even one penny of money from people who murdered Sergey Magnitsky, then it should be unwelcome in Poland or any other civilized country. But on the other hand if it is, say, a Russian software company then – why not allow them to invest? You have to think about those matters in terms of Russian ability to use their investments to gather intelligence.

So, if they want to invest in anything which has military or critical national infrastructure component in it, you have to be careful and think what access should Russia have to this. So they can have their 5 per cent in shares, but maybe they should not have a seat on the board? The second thing is using their investments to exert political pressure. If 90 per cent of Polish coal export went to Russia, Russia will be able to say for any reason that there is some quality problem with Polish coal and threaten you with reducing its imports. In such a situation Polish business will force your government not to criticize Russia and accept some Russian policies not good for Poland as a country. But that is just the potential danger.

The good thing is that now we don’t have any dangerous Russian investments in Poland. In Austria the situation looks quite different. For instance, you have got Russians heavily investing in the gas sector. Large anonymous companies own shares in Baumgarten gas hub and that is serious. I hope that would never happen in Poland. Please remember that also in those non-strategic sectors we should be very cautious. Everybody knows of the way the Russian elite is laundering money in the West and I would like to see Poland adopting Magnicki List, which bans some Russian oligarchs from investing in Poland. But as far as Ukrainian or Belarusian or Lithuanian investment is concerned, Poland is indeed an attractive destination.

Certainly, but there’s one problem. After Poland had joined Schengen it became much harder for citizens of countries from outside the European Union, so Ukraine or Belarus, to enter Poland and do business or work here…

Yes, that is true. It’s a pity and I’m glad that the Polish Ministry of Foreign Affairs has put some effort in trying to simplify visa procedures and costs. But I think Poland gains more from being in Schengen than it loses due to less open eastern borders. However, we still have to encourage Ukrainians to come to Poland.

Would you call our foreign policy optimal for the economic relations with other countries?

I think that the foreign policy is correct, but I will say that one more time: I  do not think that the aim is to optimize economic relations with Russia – Russians need to be under constant scrutiny. Instead, I would wish that relations with Lithuania would improve because it is important from the European point of view. EU security problems are partly a result of bad infrastructure connections – so the building of gas interconnector or Rail Baltica is necessary… That would make Europe stronger in the clash with Russia.

Your view of Russia is pretty pessimistic, I see…

Correct. We should view Russia as a hostile country, where the ruling elite steals tens of billions of dollars every year from their own people. They conduct war games in which they practice nuclear annihilation of Poland. We are deluding ourselves if we say Russia is a friendly country. There is a good joke to illustrate this. What is the definition in Russia of the secure Russian state frontier?  To have Russian troops on both sides of it.

Don’t you think that such an attitude will only increase the tension between Poland and Russia? That harsh control of Russian capital coming to Poland can hurt not only bad guys but also the good ones.

I am not saying anything about the harsh control. We should just try to be cautious. We should try to separate good guys from bad guys. We have to look at every transaction, who is behind it, what are potential gains of it, what is the downside. You are not dealing with investments from Thailand or China. There is a certain strategic agenda behind Russian investments. You know, there is this Latin saying “pecunia non olet”, money doesn’t smell, but this doesn’t apply to Russia.

It’s interesting you mentioned China. The country which also seems to have some strategic agenda in their investment. Why assume that it is more friendly than  Russia?

Why? Because Poland has never been a part of Chinese empire and Polish troops have never conquered Beijing. But jokes aside, I think the Chinese are focused on the economic development of China. That is not the same priority as they have in Russia where the main priority is to steal a lot of money.

You have been observing Central Europe for many years. What is your conclusion – generally speaking – on the direction our region is heading after the collapse of communism? Is this the right direction?

Broadly speaking, yes. Poland is a member of the EU, NATO, has a good record of economic growth. Similarly to Slovakia, the Czech Republic or the Baltic countries. What worries me is Russia. The USA is gradually losing interest in Europe, so we have to deal with the balance of power problem. The other specific problem for the central Europeans, this time of an economic dimension, is the middle income trap. You have done very well based on an underpriced labor force, but now it’s just not enough.

I’m worried about lack of R&D in Poland and in the other countries in the region. Corporate R&D is gradually renationalized due to the financial crisis and cost cutting,  but you sadly don’t have good universities or institutes. There’s no Polish equivalent Max Planck Institute. So I’m worried about the productivity. Polish companies are treating their cheap workers badly and they have to compete with companies that treat their workers well and pay them fine salaries. But basically I am an optimist and you are able to handle those problems.

Edward Lucas – a British journalist and International Section Editor of “The Economist” who has been covering Central and Eastern Europe since 1986. He is also a regular contributor to the Daily Mail.

Category: Business 11.03.2020
Deliveries of Russian gas to Hungary through the TurkStream could start late 2021 or early 2022, state secretary for energy at the Ministry of Innovation and Technology, Péter Kaderják, said. The project creates a "third gas corridor" in addition to the Ukrainian and Baltic Sea supply routes. 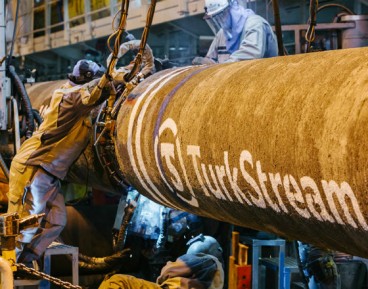