01.06.2020
The Central Bank of the Russian Federation sold its 50 per cent+1 share in Sberbank, Russia’s largest financial institution, to the Russian Finance Ministry. Although officially carried out to avoid conflict of interest, some analysts argue that the motivation behind the deal might lie elsewhere. 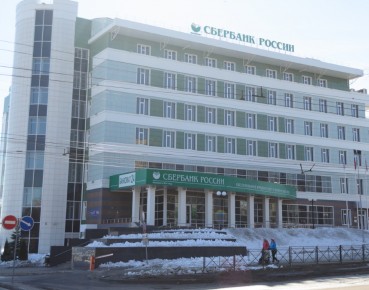 In April, the Bank of Russia informed about the transaction. It was sanctioned by the Russian government through the issuance of a federal law, mandating the sale of a majority stake at Sberbank from Central Bank to the Finance Ministry at RUB2.1. trillion (EUR26.3bn).

The deal has been in the making for several months, and was widely expected to be concluded by the end of this year. The hastily concluded transaction came as a surprise to many. According to official statements, the deal was designed to resolve the long-standing issue of an apparent conflict of interest.

Sources close to the bank say that the ownership of Sberbank has been causing some management frictions within the Bank of Russia. This had to do with a department within the regulator that was tasked with creating competitive conditions on Russia’s financial market, which involved regulating Sberbank, while other departments were interested in making Sberbank, the Bank’s property, more profitable.

The price of one share was defined in the agreements as the weighted average price of Sberbank’s ordinary shares at the close of trading at the Moscow Exchange over the 30-day period from March 2020 to April 2020, and amounted to RUB189.44 per share, according to the press release.

This is particularly noteworthy, since Sberbank’s shares plummeted, along with the rest of Russia’s major stock offerings, over the past weeks. Ever since the oil prices started their downward climb as a consequence of a sudden lockdown of global transport, Russian company shares have lost at least 30 per cent of their respective market value.

Since the beginning of March, Sberbank’s share price dropped from approximately EUR13 to just above EUR8 a month later, a loss of almost 40 per cent. It was exactly in this period when the Russian Finance Ministry concluded the purchase, saving a significant amount of money as a result of the low share price.

The sum for the transaction was paid from Russia’s sovereign wealth fund, a financial reserve fund consisting of Russia’s oil sales proceeds. According to the press release, the 50 per cent of Sberbank ordinary shares were transferred to the Government of the Russian Federation.

Background of the deal

Ever since the bank was founded in 1991, it has been expanding its operations throughout Central and Southeast Europe. With Russia still being Sberbank’s by far the most important market, it has now branches in Germany, Austria, Croatia, Serbia, Slovenia, the Czech Republic, Ukraine, Hungary and Bosnia and Herzegovina.

According to the company information, just above 45 per cent of Sberbank’s shares are held by foreign legal entities, with the remaining 5 per cent being held by domestic legal entities and other private investors. The bank is by far the most important institution on the Russian financial market. It is accountable for more than half of Russia’s mortgages, and almost half of all customer deposits, according to Moscow Times.

Over the past years, there has been a growing pressure to remove the regulatory conflict of interest stemming from the country’s banking regulator owning the country’s largest bank. Officially, the transfer of Sberbank’s majority ownership from the Central Bank to the Finance Ministry was made precisely for this reason.

However, the official reason appears somewhat questionable when one takes a look at Bank of Russia’s portfolio. Sberbank is certainly not the only bank that the regulator have/had under its control. Through the newly consolidated Banking Sector Consolidation Fund (BSCF), Russia’s Central Bank controls a number of the so-called Garden Ring banks, such as Otkritie and Trust banks.

Another noteworthy detail of the transaction concerns the actual final price of the deal. Although the purchase of shares is formally mandated by the law as the “weighted average per month of trading” on the Moscow Exchange, in reality, the Ministry of Finance will end up paying only a fraction of the total sum. “The Central Bank paid the RUB72.9bn for the shares of Sberbank and is now selling them for the RUB2.139 trillion, earning a RUB2.066 trillion profit on the investment,” reports a Russian financial news wire Kompania. “According to the law, 75 per cent of the Bank of Russia’s profit goes back to the state budget. This means that, in practice, the Finance Ministry will receive a refund of RUB1.55 trillion. So it will actually only pay RUB589.6bn for the shares, or just above 27 per cent of the total price,” added Kompania.

The deal has thus been particularly advantageous for the Russian Finance Ministry. The money made from the transaction will also come handy to the Russian government which can use them to pump extra financial resources into the Covid-19-battered Russian economy.

According to the Russian edition of Forbes, the deal is equally beneficial for the regulator. “Bank of Russia hasn’t been receiving any dividends from Sberbank’s shares; they have been going directly to the budget,” Forbes reports. “At the same time, the Central Bank has suffered major financial losses in connection with the reorganization of large banks (in its portfolio).” Holding those assets, such as Sberbank, has thus been producing only financial losses. In this context, it makes more sense for the regulator to get rid of Sberbank altogether, Forbes reports.

Forbes further reports that there have been a number of points of contention between the heads of Bank of Russia and Sberbank.

They kept arguing over issues such as Sberbank becoming too big, leading to a monopolization of the Russian financial market. This is something that Sberbank’s leadership only welcomed, while Bank of Russia, being the country’s main financial regulator, couldn’t tolerate. It was becoming increasingly obvious that the two entities can’t be tied together, Forbes reports.

This has undoubtedly also sped up the sale process.

Category: Business 08.07.2020
After more than two years of close collaboration, Russia’s corporate giants Sberbank and Yandex seem to be definitively giving up on the idea of creating a Russian alternative of the American eCommerce hegemon Amazon. Serious disagreements forced the two companies to chart their own paths. 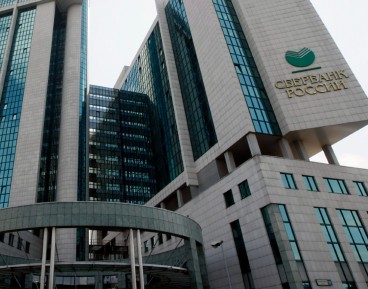