01.10.2012
The fast pace of technological change means that we are beginning to conceive of computers as capable of doing almost anything, from answering quiz questions to driving a car. Firms need to adapt their business models in order to fully exploit innovation. A natural question arises: what skill set will be required of the workers of the future?

“I cannot see the future, but I can lay its foundations. Because the future is what we are building now,” wrote the French author Antoine de Saint-Exupery. When thinking about what the Polish labor market might look like already in a few years it is worth considering possible scenarios, and seeing what skill sets might be required. The most relevant document of the Europe 2020 growth strategy talks about inclusive and intelligent growth. Strengthening creative potential is a major supporting factor for continued innovation and civilizational change.

Creativity – the currency of the future

Certain predictions can be made from the experiences of countries such as the United States, which has a large knowledge-based economy. Creativity will continue to play an ever-greater role than it already does today. Richard Florida described the theory of an emerging creative class, a bohemian social group joining artists and engineers, in his book “Rise of the Creative Class.” The creativity of society as a whole will increase along with this creative class.

This tendency can be observed on the table below, which illustrates changes in the distribution of work among different social groups in Florida, USA.

The development of a creative class is obviously connected with the rising influence of university educated people in society, but also with changing expectations regarding an employee’s skill set. These kinds of skills often depend on the richness of cultural background, in the family home or in education. In the modern labor market there is rising demand for non-routine, interactive and analytical skills, while the need for routine work, which do not require specialist knowledge, is diminishing. As the workplace changes employees will handle completely different tasks.

Taking the USA as a starting point it is worth considering what skills will be required on the Polish labor market. In our country social changes are taking place at an increased speed and a similar reallocation of the prospects for employment can be observed in our big cities. But the main driver of development remains technology.

Over the last few years technological change has been so rapid that it is not surprising that many institutions, companies and governments cannot keep up. It seems that we used to be fairly certain of the strengths and weaknesses of a computers compared to humans. But computers have started reaching into unpredictable areas, with important economic and political implications.

Although we have not yet created an artificial intelligence like that found in Stanley Kubrick’s “2001 Space Odyssey,” technology has made most tasks easier and simpler, where once they could only be accomplished by humans.

Keneth Rogoff:  There’s no threat of having to fight robots for work

In February 2011 the IBM Watson Supercomputer took part in the TV show Jeopardy, playing against two of its most successful players. The computer won. After two rounds transmitted on television, the silicon competitor had over three times as many points as the nearest player.

Computers increase productivity not only in high-tech and related sectors, but also in areas that do not seem directly connected, such as agriculture and mining. The digitization of various aspects of life is a process of continuous creative destruction. Innovators use existing and developing technologies to radically change everyday tasks, as well as work itself, business processes and the basic structure of business.

The results of these changes may mean the end of work as we know it, say MIT economists Erik Brynjolfsson and Andrew McAfee in their analysis “Race Against the Machine.”

Technological change causes a breakdown of the labor market. For example Foxconn, the manufacturer of Apple products, intends to replace hundreds of thousands of their Chinese employees with robots. These robots will not go on strike and there is no risk that poor working conditions will cause them to commit suicide.

The automation of production is just one of the ways humans are being pushed out of work. A bigger question is the automation of intellectual work and trade. Not so long ago workers displaced from factories by robots could find a job in trade – in the words of Richard Florida, they supported the so-called service class. But in recent years technology has started to replace humans in this sector as well. A simple example from Poland is automatic cash registers in supermarkets. Not to mention the e-commerce sector.

Brynjolfsson and McAfee show that in the first decade of the 21st century in the USA growth in productivity has come mainly from investments in capital, that is why it is mainly the owners of capital who have gained from this growth. According to the analysts this is the reason for the increased polarization of incomes in the USA.

Ray Kurzweil is of the opinion that the development of information technology happens exponentially. We have to ask ourselves: what happens next?

The classic answer provided by Joseph Schumpeter, author of the theory of creative destruction in economy, is that new jobs will replace those that disappear. This was the case until now. A farmer could easily become an unqualified factory worker.

Now it seems that technology is displacing humans in many sectors. When jobs require ever-greater specialization then a hypothetical specialist who is made redundant finds it much more difficult to retrain.

We should therefore ask what skills we need if we are to not lose the race against the machines.

The development of intelligent systems and machines still seems to be in the future. But how many specialists already work on ever more modern systems, from CRM to analysis? New media, with the dynamic growth of mobile internet, are a key part of our surroundings and phenomena such as Wikipedia, or crowdfunding initiatives, show that certain elements of the economy are changing.

On the basis of various social, demographic and technological processes, six drivers of change are discernable:

2)      Rise of smart machines and systems: Workplace automation nudges humans out of rote and repetitive tasks

Most sought after from this perspective is a combination of competences related to various aspects of managing information – processing data, analysis and interdisciplinarity. This skill set lies at the foundation of many specialist positions. A worker is increasingly becoming an interdisciplinary specialist, who must analyze a source of information, determine its validity, reliability and usefulness. This worker does not have only one type of role, but must combine skills. For example, on the basis of data analysis he must prepare a recommendation for further action, and then present this to his supervisor. Google’s chief economist, Hal Varian, has even suggested that in 20 years it will be sexy to be a statistician.

The report by the group from Palo Alto fairly logically presents 10 competences that can be considered crucial in every developed economy, taking into account the previously mentioned drivers of change:

It could be said that the workers of the future will be similar to superheroes from “The Avengers” comic books. The ability to think very broadly is becoming increasingly valuable, even more important than the level of specialist skills.

During a debate on the future of work organized last year by Gazeta Wyborcza Michał Boni and Jacek Mecina pointed to the importance of soft skills, which help build bonds and facilitate cooperation. This is where we differ essentially from computers. This is not to say, however, that computers cannot do this at all. That is why it is important for humans to be good at what they can still do better then machines.

Computers are increasingly skilled at recognizing patterns and understanding complicated communication. There are still a lot of areas where computers cannot function as well as humans. Computers are not creative, they cannot think, and principally, they do not have empathy. These are skills that humans should have if they want to be successful at working with machines instead of competing with them.

In “Winning the Race With Ever-Smarter Machines” Erik Brynjolfsson and Andrew McAfee list the competences in which humans do exceed or can exceed computers:

1)      Applied math and statistics. Some think that the era of “big data” and powerful software means that fewer people have to master the gritty details of statistical analysis. This is deeply misguided. Knowing which analyses to conduct and how to interpret their results is more valuable than ever.

2)      Negotiation and group dynamics. Management is one of the most durable professions, even as computers advance. It turns out that organizations need dedicated managers working with teams, advancing their agendas and working with their members.

3)      Good writing. Computers can only generate the simplest, most formulaic prose. While few people write for a living, lots of us do at least some writing. Getting good at it is a way to stand out from the crowd — and from the machines.

4)      Framing problems and solving open-ended problems. Computers don’t know what’s wrong or where the next opportunities are. Solving open-ended problems entails both perceiving the challenge and addressing it. It’s a major feature of primary and secondary educational systems like Montessori, which might explain why Montessori graduates are so common among the elite of the tech industry — the masters of racing with machines.

5)      Persuasion. Does anyone seriously think that a great salesperson will be unable to find work, even in a highly digitized economy?

6)      Human interaction and nurturing. We are biologically wired to react to human attention and the human touch in a way that no machine can replicate. That means that jobs that involve human nurturing and interaction, such as child care and nursing, will continue to defy automation.

There are many areas in which humans will not be simply replaced by robots. We are very far from an “end of work,” and it does not appear as if technological development will be so advanced that humans will not have to work at all.  Yet there is a definite change in the sectors of employment. The question is, to what extent will these sectors be productive, and will they offer fair remuneration as well as a place of work.

The current advances in technology might be different from those of the industrial revolution. That is why the hypothesis that this development will not bring new jobs could be accurate.

That is why, despite skepticism regarding the predictions of futurists, it is worth taking into account the above-mentioned competences when planning future career development, especially considering the fact that we are likely to spend many more years in employment than our predecessors.

The author of this article won the first edition of the www.dev.obserwatofinansowy.pl competition “If I was to decide…”

Will the contactless economy change the world?

Category: Business 09.07.2020
A return to business as usual seems to be the natural thing to do after the pandemic ends. But the world is currently acquiring new competencies which enable faster, cheaper, and more efficient operations, while also taking into account security issues. The role of the state will also change. 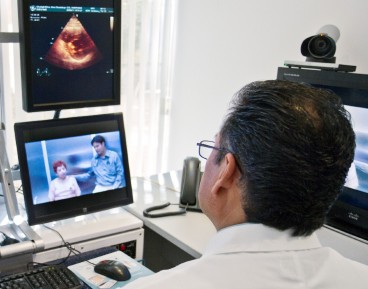