12.05.2016
Slovak banks survived the European debt crisis with no need for any state aid and with sufficient capital levels. 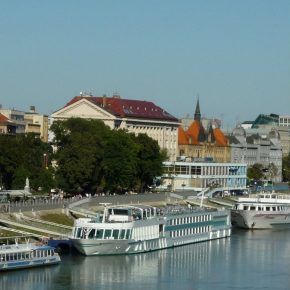 Slovakia’s banking sector is resilient to potential shocks, thanks to its high capital adequacy ratios and its ability to generate net interest income, although a drop in margins raises questions over future profits, the National Bank of Slovakia said in April.

The bank said in its yearly financial stability report that eight banks could post losses under its crisis scenarios and some could also see their capital drop under the 8 percent minimum in the worst of its two stress scenarios.

The banking sector makes up around 70 per cent of the financial sector. According to the NBS, there were 29 commercial banks operating in Slovakia at end-March 2015, of which 11 were at least partly foreign-owned and 15 were subsidiaries of foreign banks. Of the total EUR3.4bn euro equity capital in the sector in March 2015, EUR3.3bn was foreign, of which the Czech Republic accounted for by far the largest share, followed by Austria, Belgium and Luxembourg.

Slovak banks have a strong capital-adequacy performance, and a stronger funding position than their regional neighbors, with domestic deposits covering a larger share of loans, making banks less reliant on external funding.

All the banks would meet the minimum 8 per cent capital adequacy under an „economic downturn” stress scenario that would involve weaker growth in emerging markets, nervousness in financial markets and global downturn that would lead to weaker foreign demand, falling domestic economy and unemployment growth, the bank said.

The banks would need to raise their capital by EUR16m euros or 0.3 per cent to meet the 10.5 per cent capital adequacy level under this scenario, the report said.

Risks for the banking sector involved low interest rates that endanger the profitability of banks, the report said.

„The fact that not even the fastest growth in credit in Slovakia’s history could compensate for the falling interest rate margins will be amplified by an easier possibility of early repayment of housing loans, which will accelerate the drop in interest rate margins,” the bank said.

The banking sector risk score has improved by 2 points, but the rating remains at A. Since November 2014 the ECB holds the key supervisory role for the banking sectors of euro-zone countries.

In 2014 profits in the sector were virtually flat, rising by just 0.7 per cent y/y, with ten institutions reporting a loss for the year. Profits were hit by a sharp fall in interest rates on retail loans (especially as many borrowers re-financed existing loans at lower rates), which outweighed the effects of lower deposit rates. A special bank levy introduced in 2012 is also continuing to weigh on profits, the report noted.

Slovakia’s three largest banks passed the stress tests conducted by the ECB in 2014, as did the parent institutions of several smaller lenders.

The sector’s average capital-adequacy ratio was 17.4 per cent at end-2014, up from 16.5 per cent a year earlier, and the Tier 1 capital ratio increased from 14.4 per cent to 16 per cent. National legislation imposes an additional capital conservation buffer, which was increased to 2.5 per cent of risk-weighted assets from October 2014.

Lending to households has been growing much faster than that to corporates. Over the past year the stock of non-performing loans (NPLs) in the household sector has been rising at a fast pace, but it has contracted in the corporate sector.

According to the IMF, the overall NPL ratio has been stable at around 5.4 per cent since the third quarter of 2014. The NBS has drawn attention to the risks of high loan-to-value ratios in mortgage lending, and to a growing mismatch between illiquid housing loans and liquid deposits.

Slovakia remains among Europe’s stronger economies, with growth continuing to pick up in 2015, driven by strong domestic demand. A push to spend expiring EU funds has underpinned rising investment while job creation and real wage growth have supported private consumption. Unemployment has fallen significantly since 2013, but is still around 11 per cent overall, and is much higher for the long-term unemployed, youth, and women. Regional disparities also remain substantial. The fiscal deficit has held steady between 2.5 and 3 per cent of GDP in recent years, and while public debt is manageable and easily financed, it is not far below domestic debt brake thresholds. The banking sector has sound capital and liquidity buffers and private debt is limited, but household borrowing has been rising rapidly.

The outlook is favorable with growth of 3–3.5 per cent expected through the medium-term, reflecting sustained domestic demand as well as further contributions from the important export sector as substantial additional foreign auto sector investment is planned, the report noted. “Although Slovakia enjoys substantial buffers, external factors present the greatest risks, especially if shocks were to be transmitted via key trading partners. Negative headline inflation in 2015 is expected to turn positive in 2016,” it read.