02.08.2016
There are four factors that contribute to deep-seated structural obstacles to fighting corruption in Ukraine. 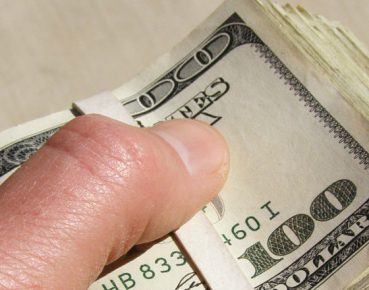 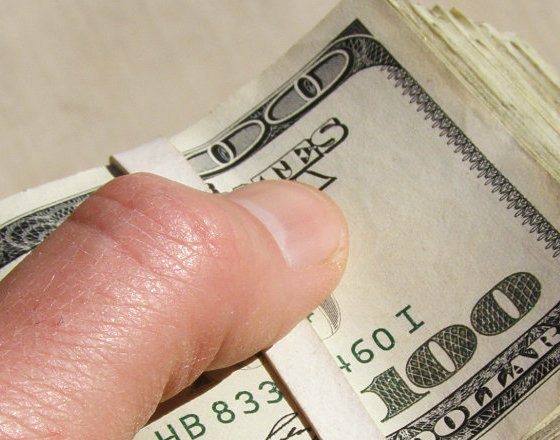 After passing the Senate hearing, Masha Yovanovitch is set to become the new US Ambassador to Ukraine replacing Geoffrey Pyatt who was outspoken on President Petro Poroshenko’s poor record of combatting corruption. Ambassador Yovanovitsch was last in Ukraine as Deputy Chief of Mission in Kyiv in 2001-2004, the last 4 years of Leonid Kuchma’s presidency. Since her last position in Ukraine the country has undergone 2 democratic revolutions and 3 IMF bailout assistance programme’s, invasion and annexation by Russia and a growth of patriotism.

What has not changed between 2004, the last year of Kuchma’s presidency, and today is the high levels of corruption in Ukraine. Transparency International (TI) ranks Ukraine today at 130 with a higher level of corruption than it had in 2004 (when it had a ranking of 122). Five years of Orange Revolution President Viktor Yushchenko and 3 years of Euromaidan President Poroshenko have failed to reduce corruption in Ukraine. Three quarters of Ukrainians believe that Ukraine is moving in the wrong direction.

According to TI, corruption only declined on one occasion in 2005 when Yulia Tymoshenko was Prime Minister. Her program called for renationalization of assets illegally privatized by oligarchs, the closure of Free Economic Zones which had become black holes to evade import duties and taxes, and clamping down on corruption at customs control. Tymoshenko’s anti-corruption policies during two governments in 2005 and 2007-2010 were obstructed by President Yushchenko and National Security and Defense Council secretary Poroshenko. When Yushchenko left office corruption was higher in Ukraine (134 ranking by TI) compared to a 122 ranking in 2004 when Kuchma left office after a decade of ‘Wild West’ capitalism.

TI’s 2015 rankings show Ukraine has a higher level of corruption (130 ranking) than 5 members of the Eurasian Economic Union (EEU): Armenia (95), Belarus (107), Russia (119), Kazakhstan (123) and Kyrgyzstan (123). Indeed, of the 15 former Soviet republics, only 3 Central Asian states have higher levels of corruption than Ukraine. Georgia and Moldova, which also have Association Agreements with the EU, are ranked with lower levels of corruption at 48 and 103 respectively.

The Heritage Foundation’s Index of Economic Freedom has not noticed any change in Ukraine since the Euromaidan revolution and Ukraine continues to be ranked with the lowest level of economic freedom in Europe and a country with no respect for the rule of law. These rankings of course discourage foreign investors in Ukraine.

Nothing more reflects the weak commitment to fighting corruption than the fact European integrating Ukraine is more corrupt than 5 members of Vladimir Putin’s Eurasian Economic Union. Ukraine’s rhetoric on European integration has not translated into action in the fight against corruption.

There are four factors that contribute to deep-seated structural obstacles to fighting corruption.

Ukraine’s five presidents have never put the weight of their office behind a campaign to root out corruption. The president controls two important institutions in the fight against corruption, the General Prosecutor’s Office (GPO) and Security Service of Ukraine (SBU).

Faced with massive economic recession, border conflicts with Russia and Romania, separatism in the Crimea, establishing new state institutions and holding elections, fighting corruption was never a priority for Presidents Leonid Kravchuk and Kuchma. Under the latter the carve up of former Soviet economic assets benefitted political insiders who re-emerged as oligarchs and today, they control 70 per cent of the economy. Yushchenko gave control of the GPO to the Donetsk clan and spent his presidency talking about Ukrainian history, receiving donations for pet projects from oligarchs, obstructing Tymoshenko and indulging as an apiarist in his pet hobby of bee keeping. Corruption was the highest of all under President Viktor Yanukovych who transformed Ukraine into a mafia state. Poroshenko’s presidency represents a return to the oligarch-friendly Yushchenko and Kuchma era’s.

The only manner this factor could change would be through the election of a president with the political will to fight corruption. That person will never be an oligarch such as Poroshenko.

The second factor is the GPO which Ukraine inherited from the USSR and is supposedly the equivalent of the US attorney’s office and British Criminal Prosecution Service. Western governments and international organizations such as the EU, IMF and European Bank for Reconstruction and Development (EBRD) have sought to reform the GPO and the Council of Europe’s Venice Commission has deliberated on Western and Ukrainians reforms of this institution. The US spent millions of dollars on US advisers for the GPO under President George W. Bush.

Both the GPO and SBU come under the president’s jurisdiction whether under Ukraine’s past presidential or current parliamentary constitutions. All Ukrainian Presidents, including Poroshenko, have therefore used the GPO and SBU as their personal praetorian guard and to negotiate opaque immunity deals with oligarchs and crooked officials for which they receive financial and economic benefits. The Kyiv Post reported that the GPO had ‘become an appendix of the Poroshenko Bloc, and its junior partner, the Popular Front, which makes prosecuting incumbent crimes impossible’.

Since 2014, Poroshenko is the only Ukrainian oligarch whose assets have increased not because Ukrainians eat more chocolate during wars but because he has negotiated immunity deals with senior members of the Yanukovych regime. Such deals can work in five ways: (1) ensuring their names do not appear on Interpol wanted lists; (2) court rulings that permit house arrest as opposed to pre-trial detention; (3) pre-warning them of pending arrests and allowing them to flee from Ukraine; (4) removing the freeze on their illegally acquired assets; and (5) preventing parliamentary votes to remove immunity from deputies.

It is impossible to reform the GPO and it needs to be closed and replaced by a new prosecution service that is independent of the president. Greater powers can be given to the newly formed National Anti-Corruption Bureau which should recruit Western educated experts in law, crime and criminality.

The third factor is the weakness of political parties in Ukraine, a problem that is encountered throughout the former USSR. Over the last two decades, Western foundations and governments have invested in political party development in Ukraine but this has brought few tangible results. Today, Ukraine’s party system looks in worse shape than in the 1990s and is far more controlled by oligarchs.

In the October 2014 preterm parliamentary elections, of the six political forces that entered parliament only one, Tymoshenko’s Batkishchina (Fatherland) party, is not controlled by oligarchs and resembles a genuine political party that has been in existence for nearly two decades. A second, Samopomych (Self Reliance), headed by Lviv Mayor Andriy Sadovyy may evolve into a political party. The other four political forces were oligarch election projects created on the eve of the 2014 election campaign, such as former Prime Minister Arseniy Yatseniuk’s Popular Front (NF), Oleh Lyashko’s Radical Party, the Opposition Bloc (created by former leaders of the Party of Regions, gas lobby mogul Yuriy Boyko and Donetsk oligarch Renat Akhmetov), and the Poroshenko bloc (bringing together the president’s virtual Solidarity party and Kyiv Mayor Vitaliy Klitschko’s equally virtual UDAR – Ukrainian Democratic Alliance for Reforms).

If political will is important at the presidential level in the fight against corruption so too is political will from political parties who are elected to parliament. Political parties are after all essential for  a parliamentary democracy. Currently, Ukraine’s oligarchs create election projects for every political niche in order to dominate parliament. This, together with opaque deals negotiated with the president, obstructs the ‘de-oligarchisation’ of Ukraine and the fight against high-level corruption. As long as oligarchs continue to control parliament 80 per cent of Ukrainians will continue to hold high levels of disapproval in it.

Western governments and foundations need to change their approach to party building in Ukraine which has not worked. They need to support established pro-European parties such as Batkivshchina and newly established ones (Samopomych, Democratic Alliance) while having nothing to do with oligarch election projects.

West is to blame

The fourth factor is Western complicity in encouraging corruption in Ukraine. The EU and the Council of Europe fund and support anti-corruption program’s in Ukraine and Eurasia, a policy which is contradicted by member states of the EU accepting without intensive due diligence billions of dollars in corrupt funds. The favorite locations for Ukrainian and Russian oligarch stolen loot are Britain’s Londongrad, France’s Riviera, Monaco, Lichtenstein, Austria’s Vienna and the biggest money launderer of all, Cyprus. Added to this are numerous offshore tax havens such as Panama, the British Virgin Islands, Cayman Islands and Belize.

Earlier this year the publications of thousands of documents from Panama impacted upon Ukraine because files pertaining to Poroshenko were leaked showing he had deposited funds in this tax haven in summer 2014 during the peak of Ukraine’s war with Russia. Ukrainian journalists began to investigate the president’s ties to offshore tax havens and found he had been using them since the late 1990s. Other oligarchs mentioned in the Panama papers and linked to President Poroshenko include managers of his Roshen chocolate business Serhiy Zaitsev and Vyacheslav Moskalevskyy, and former business partner Oleh Gladokovskyy (his name was Svynavchuk until 2014). Gladokovskyy is wrong to believe that his business and offshore dealings are not in conflict with his position as deputy secretary of the National Security and Defense Council.

In accepting dirty money, the West indirectly encourages corruption in Ukraine. Meanwhile, the sending of billions abroad hollows out the government’s finances and creates periodic budgetary crises. Since 1991, Ukraine has undertaken nine IMF assistance program’s providing it with Western financial assistance. During the same period of time, the US-based Think Tank Global Financial Integrity estimates that Ukraine has sent USD11.676bn on average each year to offshore tax havens. It is very ironic that the West gives Ukraine financial assistance with one hand and accepts criminally acquired funds from Ukraine with the other.

Western governments and international organizations can assist domestic anti-corruption efforts in Ukraine by closing all tax havens and increasing due diligence on large suspect financial amounts sent to Europe. Currently, we have a ludicrous situation where individuals travelling within the EU cannot carry more than 10, 000 Euro’s on their person while oligarchs and corrupt officials can wire billions to bank accounts in Europe.

Two popular uprisings, the Orange Revolution and Euromaidan, have failed to dislodge the structural nature of Ukraine’s corruption and today the country is more corrupt than prior to these two revolutions in 2004 when Ambassador Yovanovitch last served in Ukraine. Western governments and newly appointed US Ambassador Yovanovitch need to strategically focus on the above four key structural impediments to fighting corruption and thereby launch the process of dismantling the underlying basis for Ukraine’s corruption.

Taras Kuzio is a senior Research Associate at the Canadian Institute of Ukrainian Studies, University of Alberta and a Non-Resident Fellow, Center for Transatlantic Relations (CTR), School of Advanced International Studies (SAIS), Johns Hopkins University. He is the author and editor of 15 books, including Ukraine. Democratization, Corruption and the New Russian Imperialism (2015), Open Ukraine. Changing Course towards a European Future (2011), 5 think tank monographs, 25 book chapters and over 100 scholarly articles on post-communist and Ukrainian politics and European studies.