The benefits of new technologies for the world of finance

20.03.2020
In light of the large numbers of new digital entities operating on the financial market, the scope and complexity of the regulatory sphere is increasing. Regulatory and supervisory institutions are starting to reach for advanced technologies, which is beneficial for the whole sector. 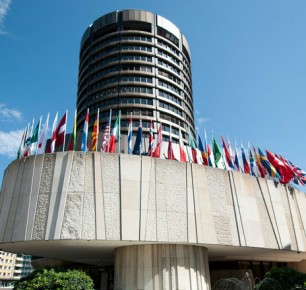 According to the analyses of the Global Regulatory Outlook, financial institutions are spending more and more money on activities related to ensuring compliance with regulatory requirements.

At the same time, the number of companies expecting that their expenses on regulatory compliance will be lower than 1 per cent of their total budget is rapidly declining — the percentage of companies declaring such expenditure levels dropped from 21 per cent in 2017 to only 9 per cent.

A similar trend can be observed on the part of the institutions supervising the market. The costs of supervision which are, after all, primarily borne by the supervised entities have clearly increased in the case of the Federal Reserve (USD2.2bn in 2018) and the European Central Bank (EUR576m in 2019).

The supervisory authorities are facing an increasingly dynamic digital market as well as an exponential increase in the quantity of complex and often unstructured data. When it comes to processing such data, the existing processes — which are poorly integrated, not very automated, and frequently based on qualitative assessments — turn out to be inefficient and very labour intensive. This can generate risk in and of itself. As a result, companies are increasingly relying on supervisory technology, also known as SupTech.

According to the analysis conducted by the World Bank, the application of supervisory technology will be the most effective if it is a planned element of a comprehensive supervisory strategy and is not limited to the passive use of the available digital tools.

Some institutions may not achieve the required level of organizational and technical maturity in order to implement supervisory technology, or their supervised area is relatively small and its usefulness, also in economic terms, will be limited. Reaching for “supervisory technology” also involves a shift towards risk-based supervision, as the implemented solutions generate additional data that provide the basis for expert risk validation. The implementation of SupTech has been gradual, leading to the development of subsequent generations of supervisory technology:

All of this is supposed to allow supervisory authorities to base their activities on automated processes both in the area of data collection, as well as data processing and analysis.

This especially applies to supervision tasks related to monitoring companies’ compliance with the relevant regulations and market behaviour, because in this area the data volumes are much larger.

At the current stage, the solutions that provide the greatest benefits — especially for the supervised entities — include the automatic collection of non-aggregated data by commercial entities (data-input systems), or data retrieval by the supervisory authority (data-pull systems).

The former approach is represented by the Austrian supervisory authorities. The Austrian central bank, OeNB built a special platform in cooperation with the local banks. It is based on a direct interface between their IT systems, which allows the supervised entities to transfer data in standardized formats.

Meanwhile, the National Bank of Rwanda uses a data-pull solution, in which data is retrieved from the IT systems of the supervised institutions and processed into appropriate reports. However, such a system has to be accompanied by a properly organized data warehouse. This eliminates manual work, while improving the accuracy and consistency of data.

The availability of data based on an API interface, which is tested by the Polish Financial Supervision Authority, is expected to provide similar benefits. On the other hand, the British Financial Conduct Authority is piloting a solution based on coding regulatory requirements in the language of algorithms (known as machine readable and executable regulations — MRER), whereby the machine systems collect, read and process information from the supervised entities.

There is also potential for the application of blockchain technology, which could be used to record all transactions of financial institutions (“a market ledger”) in an encrypted, indelible and unalterable form, which will be available from the IT systems of the supervisory authority. An additional advantage of such solutions is the ability to use the data in real-time.

Automation can also be used to handle customer complaints and to settle disputes. Such a system is used by the Bank of Lithuania (BoL). Until recently such communication was delivered by post or by e-mail and handled “manually”. Now the entire process is digitalized, which means that customers submit complaints online and can track the progress of the procedure. Meanwhile, the BoL uses these submissions to analyse the risks associated with the activities of the group of institutions that it supervises, which includes more than 500 financial service providers.

The analysis of unstructured data is carried out using validation systems based on machine learning techniques, including text mining. In this way it is possible to analyse advertising materials or consumer agreements, because the machine understands natural language and processes it. Meanwhile, Artificial Intelligence tools identify positive and negative feedback, and social media posts (so-called “sentiment analysis”). This helps in detecting suspicious transactions.

In the Netherlands, the supervised entities provide the central bank, DNB, with systematic integrity risk analysis reports (SIRA) based on automated textual analysis. It’s worth noting that the DNB is also testing the use of neural networks technology for detecting liquidity problems at banks, which enables it to introduce preventive measures more quickly.

However, AI solutions provide the market supervisors with much broader capabilities, especially considering the fact, that they can mimic human thinking, which also includes the posing and testing of hypotheses based on large data sets. It would be impracticable if these tasks had to be executed by humans. In this way, AI tools can detect anomalies in the behaviour of various market participants, but also in the behaviour of customers, which allows institutions to quickly detect and prevent fraud and to carry out so-called risk scoring.

Still in the initial phase

The benefits from the use of technology go beyond saving the time and costs associated with the implementation of supervisory tasks. However, in most jurisdictions SupTech solutions are still in the experimental or initial stages of development, while the operational level has only been reached by a third of the 39 financial authorities from 31 countries surveyed by the Financial Stability Institute.

Most institutions develop such technologies on their own or together with external developers or universities. A quarter of the surveyed entities use SupTech solutions developed by external vendors. Over a quarter of the surveyed organizations have developed specific SupTech strategies (“roadmaps”), while a slightly lower percentage of supervisors are implementing SupTech solutions as part of broader processes of digitalization — this objective is achieved through labs, innovation accelerators, or “hackathons” organized in order to solve specific problems. However, as many as a half of the analysed supervisory authorities have no digital strategy whatsoever.

The acceleration of SupTech development requires international collaboration and coordination, as well as the involvement of the global financial organizations, especially in light of the fact that the globalization of markets has to lead to cross-border supervision activities.

Hence the need for a digital platform through which national regulatory and supervisory authorities could exchange their experiences, which would ultimately lead to the development of common standards. One example of such a solution, addressed to central banks, is the Innovation Hub implemented by the Bank for International Settlements. 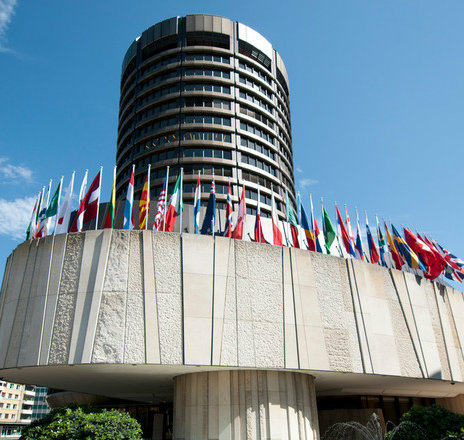