The economy of the future is leasing, not owning

03.01.2018
Natural resources are being depleted, we are not able to deal with the waste, the closed circuit is therefore the only survival scenario, says Brendan Burns from the European Economic and Social Committee in Brussels. 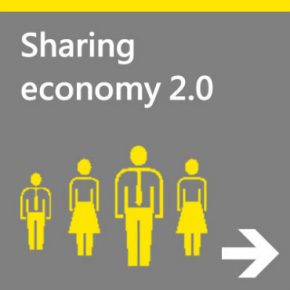 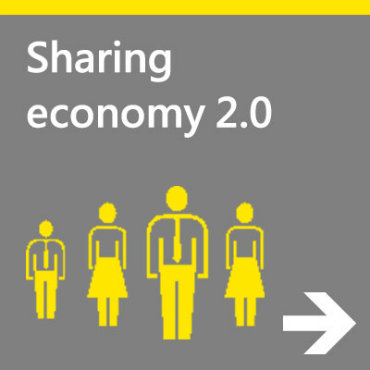 CE Financial Observer: Circular economy is a term that appears as the objective of the European Union’s regulatory package entitled “Circular Economy Action Plan”. What does it mean?

Brendan Burns: Simply put, it’s an economy which is the opposite of the traditional, linear economy, based on the following model: we extract raw materials, we manufacture the product, we sell it, we use it and we throw it away. The circular economy assumes that in a situation where natural resources are being depleted, and waste contaminates our environment, we have to recover these raw materials from these products and reuse them in the subsequent product life cycles. It also means a complete redefinition of the status of the company, which will no longer be a manufacturer of waste, but instead a manufacturer of resources. It’s also an entire philosophy of action. This also applies to consumers who should consciously limit further purchases that are unnecessary from a practical point of view.

For example buying a new mobile phone, the production of which consumes dozens of minerals, or new clothes the scraps of which pollute the oceans.

We’ve known the effects of excessive consumerism and the consumption of primary raw materials for a long time. Why has the European Union started regulating these issues so late?

The EU has only started formally dealing with this topic when the member states began to directly feel the effects of the traditional linear economy: overflowing landfill sites, hazardous waste polluting water and soil, and finally, the rising costs of production. The prices of raw materials are constantly increasing, especially in the case of rare metals, or even water or sand. The truth is that in the past companies followed the principles of a closed-circuit, because that was simply rational. Small plants repaired their products that were brought to them by the customers. I have been running an engineering company in Scotland for years. We had been using a machine for many years when its engine eventually broke down. It turned out that it was enough to replace a tiny piece of plastic that cost EUR2 in order to save EUR200 on a new engine. Today this is becoming increasingly impossible.

Corporations, especially those manufacturing electronics and household appliances, are doing everything they can to ensure that it is absolutely impossible to replace any components, or at best – that it is cheaper to buy a new model than to repair the old one. Even if that only requires replacing or repairing a small part. It is also worth mentioning the so-called planned obsolescence, i.e. designing devices in such a way that they break soon after the expiration of the warranty period. This is forbidden in theory, but it is almost impossible to prove that someone does it.

And a package of EU legislation will change that? It’s difficult to believe, since manufacturers, especially the producers of electronics or household appliances, make money by selling new items rather than repairing old ones. The obligation to recover electrical waste is costly, as evidenced – at least in Poland – by the production of fake documents by recovery organizations.

Businesses are increasingly pushing for changes on their own, seeing that the regulators are following their every step and making their activity more difficult. Yet, these changes still allow businesses to make money. One example is the idea of no longer selling the next version of the product to the same customer, but lending it for a long period of time, in other words – leasing for private use. Private car leasing, for example, is already quite popular. Soon this will include the leasing of computers, washing machines and dishwashers. A good example is the leasing of phones in the mobile networks in the United Kingdom. The customer gets a phone for the duration of the contract, pays a monthly instalment in the phone bill, and during the contract renewal gets another one, provided that he or she returned the previous one for recycling.

How is this supposed to change the model of the entire economy to a closed-circuit model?

This will change naturally. Manufacturing companies are beginning to feel the effects of the previous model in their income statements. Even if they comply with the law and collect the used equipment from the consumers at the time of purchase of the new products, this is yet another expense for them. They have to return it to a recovery point, and they pass the costs on future customers in the price of new products. Using recovered raw materials hasn’t profited so far, because new products are simply cheaper.

But this is already changing. Some time ago it was possible to import almost unlimited amounts of copper, tungsten or tin from the Congo, where extraction was the cheapest. After regulations concerning the so-called conflict minerals were introduced in the USA in 2013 and in the European Union in 2017 [they will enter into full force from 2021 – editor’s note], they will certainly become more expensive, because it will be prohibited to import them from areas of armed conflict.

Even the prices of plastic are increasing, and in the future this trend will be getting stronger due to the decreasing resources and increasing prices of oil. Therefore, we will have to develop technologies that make possible not only simple recycling, such as using PET bottles to produce fleece sweatshirts, but also one that will allow us to utilize the material recovered, e.g. from heavy polyester carpets for the construction of industrial ramps, currently mainly constructed from metal.

But the recovery of minerals from phones, computers or carpets is expensive. Will this not lead to a gigantic increase of prices?

No, provided that we change not only the model of production and recovery of raw materials, but above all the model of consumption. We have spent nine years discussing the new legislation, while the only effective solution is to change our way of thinking to “stop buying, start leasing”. And it is businesses that will have to – in their own best interest – convince consumers to change their thinking. Selling new washing machines and phones with a short life cycle will then become unprofitable for both parties – the company and the consumer.

It will be profitable to lease products with high efficiency and long service life, for which the customer will be paying instalments for as long as possible, providing the company with a steady income. And the company will in the end collect its own product from the customer and will be able to recover the components and raw materials to produce a new product. But this will be much more effective than the current system of recovery and recycling, in which effectiveness depends on the activities of local authorities, which are often the weakest link. Anyway, there are already companies that implement such policies.

But the EU legislation does not introduce an obligation or any facilitation of such leasing.

Because this requires not only changes in the law, but also in mentality. This requires social change. We are still accustomed to owning things, but the popularity of Uber and Airbnb shows that we are more and more willing to share our property for profit, so over time we will also see that we don’t have to own these things at all in order to use them.

And it is true that it’s mainly the role of business communication and not the regulators to change this mentality. The regulatory bodies can only facilitate it, but so far they have often hampered it, which is the case for Uber. And yet it is clear that car sharing is the only solution to today’s traffic problems. We need regulatory facilitation, new financing models, city policies, etc. We will not have to work so hard to win people over to the changes if they have to pay a lot more than now for parking in the city.

But for now the desire to own has the upper hand. My son has recently bought a new Range Rover, which is full of unnecessary electronics, parking sensors, passing sensors, etc. But theoretically, if you buy a Range Rover, it means you can drive a large vehicle and you know how to park it. Then again, if you live in the city, where parking sensors are actually needed, why buy an enormous Range Rover?

Perhaps, but the mentality of entrepreneurs is also slowly changing, much like the mentality of the whole society. They just have to find other profitable business models adapted to the expectations of the younger generation. And young people are already more socially and environmentally conscious. This is also reflected in their purchasing decisions. What the legislators can do is discourage people from buying large cars, by introducing higher charges for those who take up more space, consume more fuel, etc.

Politicians need to focus more on legislation that enables changes instead of hindering them. Cooperation is necessary because the implementation of some of the ideas is counterproductive. For example, the reduction of the wattage of kettles and vacuum cleaners enforced by the European Union does not necessarily have to lead to lower energy consumption, because people will have to boil water longer and vacuum longer. On the other hand, the new rules will enforce, among others, a longer service life of household appliances (e.g. by extending the post-repair warranty period). The pressure of consumers and companies themselves is certainly much more effective than any laws. Only it will still take a lot of time. And let us hope it will not turn out that – like with the climate change – it might already be too late.

Brendan Burns is the President of the Section for Agriculture, Rural Development and the Environment of the European Economic and Social Committee in Brussels.