The EUR is on the offensive

06.06.2019
On the 20th anniversary of creation of the single currency, Europe seeks to challenge the USD’s dominance in the global financial system. 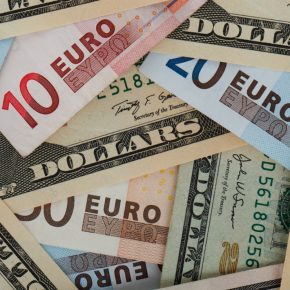 Since the establishment of the Bretton Woods monetary system, the USD has taken the lead as the main global currency after. Even after the collapse of the system, the American currency has maintained its global dominance, which is evident in the official currency reserves of the world’s central banks, in the payment systems, in international trade and in the financing of international banks. The USD’s exceptional status is in particular warranted by the large pool of safe USD-denominated assets in the form of the United States Treasury bonds, which are supported by the economic and financial management in the United States which has thus far proven to be predictable.

The role of the USD as the world’s dominant reserve currency is a key source of American economic leverage. Any attempts to counteract the disproportionate power of the United States, which may also destabilize the global economy, would therefore require a reduction in the share of international trade carried out in the USD. The European Union has recently presented its plans in this regard.

The EUR is now the second most important currency in the world, but it is still lagging behind the USD. Two-thirds of all foreign currency loans granted by the world’s banks are denominated in the USD (this also applies to European banks), while only 20 per cent are denominated in EUR. Similar proportions are also observed in global foreign currency reserves — in 2018 the USD accounted for 62 per cent of these assets, with the EUR posting a mere 20 per cent.

One positive development for the EUR is the fact that it already is the second most widely used currency in terms of share in global payments, which amounted to roughly 36 per cent in 2017. For comparison, the share of the USD in all international payments in 2017 stood at 40 per cent. Moreover, the EUR is a credible currency for many countries that have decided to peg their currencies to the European single currency or even to use it as their own currency.

Energy in the EUR?

The European Union wants to further improve the status of its single currency. That is why it has challenged the role of the USD with a project aimed at expanding the use of the EUR. The plan primarily provides for increasing the use of the European single currency in strategic sectors, such as energy, raw materials and aircraft production. It was also proposed that the EU should establish its own system of international payments.

The authors of the presented plan emphasize the need to take action in the face of challenges to international trade and to the international governance, which is a reference to the trade policy pursued by the US President Donald Trump’s administration.

The plan calls on the EU member states to exert greater political pressure in order to ensure that international energy contracts are denominated in the single European currency. This is the main objective of the project, as currently over 80 per cent of the European Union’s energy imports are priced and paid for in the USD.

Last year the problem of currencies used in energy trade gained new significance due to the European efforts to preserve the agreement with Iran in order to curb Tehran’s nuclear activities. The US has withdrawn from that agreement and is indirectly using its currency to impose sanctions on European companies that continue to do business with Iran. According to EU authorities, such actions on the part of the US should send a warning signal about the economic and monetary sovereignty of Europe. However, despite the fact that the EU authorities came up with the idea of a special purpose vehicle through which European companies could cooperate with Iran, no EU member state wants to antagonize the US by housing its headquarters.

At the same time, encouraging EU member states to pay for their energy purchases in the EUR could have a limited effect — at least as long as oil exporters, such as Saudi Arabia, continue to peg their currencies to the USD and keep their reserves in that currency.

Risk for the ECB

One important issue related to the potentially heightened status of the EUR in international trade is that it would entail an increase in the level of EUR-denominated assets held by foreign companies and in the total value of EUR-denominated loans. Meanwhile, more global trade in the EUR could render foreign banking systems more exposed to currency risk.

This is especially important in times of crisis. In this situation, the European Central Bank (ECB) would have to pursue measures similar to the ones that the American central bank has taken in the past.

During the recent global financial crisis in 2008, the Federal Reserve served as a de facto global lender of last resort, in particular by making the USD swap lines available for many central banks around the world (among others, the ECB), including central banks in the emerging economies. The objective was to stabilize the global economy, and the liquidity that was made available also helped to prevent domestic financial disruptions arising, in particular, from the sale of the USD-denominated assets abroad.

At that time, the ECB applied a slightly different approach. At the end of 2008, the ECB started to supply EUR to central banks, including Hungary and Poland, but on the condition that was difficult to meet in full — the central banks had to provide collateral in the form of EUR-denominated securities. Through this approach, the ECB wanted to protect its balance sheet against unsecured exposure to the HUF or the PLN. Only after a year, under the pressure of several EU member states, the ECB established proper swap lines against foreign-currency collateral with the central banks of Hungary and Poland.

The ECB’s current cautious approach to currency swaps is similar to that assumed during the crisis, and only countries considered systemically important for the Eurozone can expect to receive EUR-denominated liquidity from the ECB. This policy contrasts with the approach adopted by the Federal Reserve or the People’s Bank of China. In recent years the Chinese central bank has established an extensive network of swap lines which promote the use of CNY (RMB) in international trade and in this way strengthen its position as an international currency.

The risk-averse attitude presented by the ECB, even towards EU member states, is mainly due to the fact that the Eurozone still does not have a finance minister with whom the bank could coordinate its economic policy in times of crisis.

If the new vision of enhancing the role of the EUR in the world and strengthening the sovereignty of the EU is to be realized, the ECB will have to assume the role of an international lender of last resort. However, without proper institutional support, it is difficult to predict whether the ECB’s commitment to „do whatever it takes” would be sufficient in such a case.

The operational development in this area would be possible if the ECB exhibited willingness to engage in currency swaps with the central banks of countries that make extensive use of the euro — while also maintaining adequate control over the terms of the swaps, so they do not affect the monetary policy of the ECB.

It would also be important to establish common „federal” bonds whose role in the Eurozone would be similar to the role of the Treasury bonds in the US. Although the governments of the Eurozone have made progress towards the unification of the capital markets and the banking system, some important EU member states still oppose the creation of new resources of safe EUR-denominated assets, which could complement the limited resources of German treasury securities.

The EU already has the appropriate gravitas to undermine at least some of the USD’s privileges. However, European attempts to weaken the status of the US currency will only be effective, if the concerns of some EU countries are resolved and if the Eurozone becomes a properly managed currency area by completing the reform of the monetary union’s architecture — in line with the principle that „strength abroad reflects unity at home”. 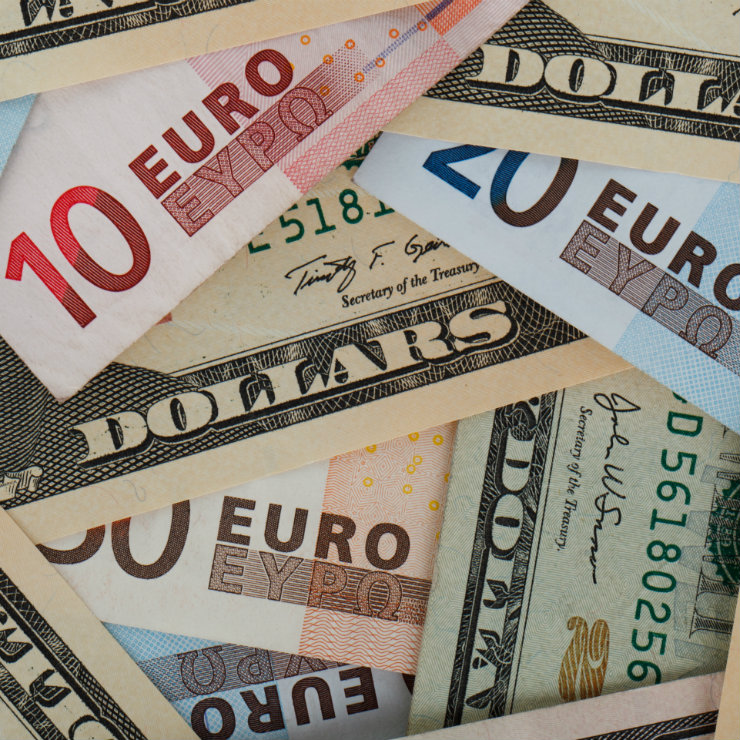