The game of patience

05.01.2017
Western Balkan countries start to get impatient with the prolonged accession process. As understandable as it is, they should be aware: EU’s enlargement policy walks the tightrope. 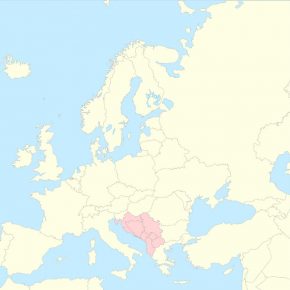 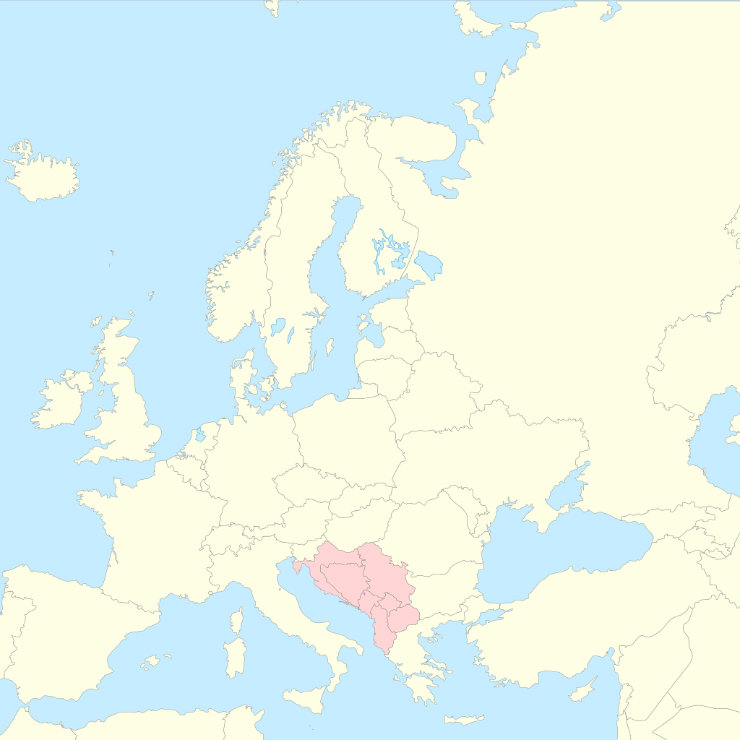 “Why can’t the EU speed up the accession of the Western Balkan countries and use it as a symbol of success, so much needed in the current political context of Brexit and anti-European populism?”

This honest and valid question popped up during the “IV Belgrade Dialogue”, the conference organized in the Serbian capital on December 8 – 9th, 2016. Another, more emotional question followed: “Why are we on the table, not at the table?”

The fact that such questions were asked at an influential meeting in Belgrade is a symptom of growing impatience (bordering with frustration) in the Western Balkans. Countries of the region start to fear that the current EU’s expansion wave, launched as early as 2003 European Council in Thessaloniki, is going to a standstill.

How long will they negotiate?

Serbia, by far the biggest country of the region, is the most concerned. An official candidate country since 2012, it started the negotiations in 2014. It’s lagging behind Montenegro, with only four negotiating chapters open as of mid-December 2016. Serbia was supposed to open one or more chapters in December 2016, but at the very last moment (actually, the very same day the EU’s Intergovernmental Conference was scheduled to meet with Serbian PM Aleksandar Vucic in Brussels) it was blocked by the EU member Croatia, provoking some heated comments. “If Croatia is the one to decide about whether Serbia will enter the EU, then my interest just dropped somehow” – Serbia’s Foreign Minister Ivica Dacic said angrily.

The discontent starts to appear in other countries too. Two and a half years after being given the candidate status, Albania has not yet opened any of the negotiations chapters. Neither has the Former Yugoslav Republic of Macedonia, an official EU candidate since 2005. Bosnia and Hercegovina has not been given a candidate status, not to mention Kosovo.

Of course, no one expects the Western Balkan countries to join the EU in next few years. It has been officially announced (and grudgingly accepted in the region) than no further enlargement can be completed under the mandate of this European Commission, running till 2019. What Balkan states fear is that even the 2019 – 2024 perspective is fading away.

They are right to worry

Further enlargement of the EU is no longer a priority in Brussels nor in most of the European capitals. The latest State of the Union Speech illustrates it well: addressing the European Parliament on September 14th, 2016, Commission’s President Jean Claude-Juncker has not even once mentioned the word “enlargement”. Nor were “accession” and “Western Balkans” uttered. Prior to the Big Bang enlargement in 2004 there were no “State of the Union” speeches, but the issue of enlargement was constantly present in the debate. It was a clear priority then. It is not now.

Most probably we will witness the European Union shrinking first, before we will be able to enjoy another wave of EU’s expansion. Brexit, the continued reform of the Eurozone, banking crisis and new approach to relations with the United States will presumably consume most of the EU Member States’ political energy in the coming years. Enlargement has been intentionally put to the backburner. As painfully as it may sound, the only good news for the Western Balkan countries is that in general the process of enlargement will continue. Pushing it forward quietly, albeit slowly, seems to be the European Commission tactic. A very reasonable tactic, it should be added. Given the context, it is the only positive option at hand, the alternative being the freeze of the enlargement or implementation of the vague concept of integration without full membership (“Membership minus”). The latter has never been officially tabled, but it keeps lingering in the debate here and there.

Accession countries need to do everything in their power no to give reasons for jamming the process down. They must be aware that there are political actors in Western Europe who believe that the 2004 – 2007 Big Bang enlargement was a mistake that cost the ‘old’ EU dearly. Romania and Bulgaria’s experiences are still fresh: in the first years after the accession they had the EU funding frozen, due to rampant corruption and fraud. And both countries still wait for being accepted to the Schengen zone. Although no direct link to the current wave of accession process is being officially made, the bad memories have taken the toll. Take an influential French politician Alain Juppe as an example: in July 2016, when he was still running for the candidacy in French presidential elections, he officially called for halting the enlargement process. Such opinion was echoed at “Belgrade Dialogue” conference: one of the Western diplomats present at the meeting emphasized (using very fine diplomatic style) that “it is doubtful whether the EU can solve its current woes by repeating the same mistake it has committed 12 years ago”.

First, the rule of law issue. The “old” EU member states and the EU institutions will do the utmost to make sure that the application of the rule of law is not only verbally declared, but also proven in practice, sustained over time. No Western European capital is willing to invite more troubles into the already strained community; they do not want to see a new member state pretending to be ready, only to backslide to undemocratic and unlawful governing practices once inside the club.

Both the EU institutions and the governments will look for real-life proofs that the organized crime and corruption are rooted out for good. The key word of the negotiation process is “conditionality” and “own merits”, which translates into judging the candidate states achievements (or lack of them) on strictly individual basis. Before taking any next step in negotiations, certain benchmarks must be met – and the European Commission vigorously applies this new method. As long as graft is perceived to be widespread and judiciary not fully independent, crucial chapters in negotiations will not be provisionally closed – no matter how high the political pressure will be.

The rule of law and fight with organized crime and corruption is not the only deal breaker. There are other contentious points, like Serbia’s special relations with Russia. Belgrade’s intentional non-alignment with the EU position towards Russian Federation, including the EU-imposed sanctions, has been noticed in Brussels and in some of the capitals. Certainly, there are many objective explanations of this particular pro-Russian stance, ranging from historical and cultural to economic ones. Nevertheless, Serbia’s reluctance to follow is not helping, because it contrasts with the determination of the EU Member States that suffer economically due to the sanctions, yet keep an united front against the Russia. Another potential risk worth mentioning is the delicate issue of Serbia’s relations with Kosovo. As for the other accessing countries, internal political stability, the pace of reforms’ implementation and independence of judiciary raise concerns.

And then there is the issue of Turkey. Although Ankara’s attempts to join the community date back to 1987, it is formally part of the same accession process the Western Balkans are, due to the fact that formal negotiations started only in 2005. In current context the Western Balkan countries need to pay attention to distance themselves (by deeds, not necessarily by declarations) from Turkey. The recent political developments in the former – mass arrests of members of opposition, suppression of free press and minorities’ rights etc., lead to a European Parliament’s motion urging to officially freeze enlargement negotiations with President Recep Tayyip Erdogan government (the motion was adopted on November 24th, 2016 by a large majority of MEPs). In this particular context, the Western Balkan countries should do the utmost to demonstrate they offer different perspectives than Turkey.

Fortunately for the Western Balkan countries, there is one issue that could be used as positive argument for giving the enlargement a well-needed boost. It is the role of the Western Balkans – especially Serbia and former Yugoslav Republic of Macedonia – in the context of the migration crisis. If it is able to demonstrate its positive role in containing the crisis, then their bargaining position strengthens.

But this is a big “if” indeed. So far Serbia’s efforts have been appreciated. In the future though, should mass influx of immigrants repeat, Serbia (and, to a lesser extent, Macedonia) will need to do more than just providing a more-or-less safer passage. Both Serbia and Macedonia will need to demonstrate that they are willing and are capable to actively add to reinstate the EU’s control over its external frontiers.

The Western Balkan countries can also build upon the support from several EU member states, as there are countries and governments willing to keep the process ongoing. Among them, the Visegrad Group (“V4”) countries – Czech Republic, Hungary, Poland and Slovakia. On November 29th, 2016, Poland (V4 Presidency from July 2016 to June 2017) organized in Warsaw a meeting of Foreign Affairs Ministers from Visegrad Group countries and the Western Balkan countries, with the participation of Federica Mogherini, EU Comission’s Vice-President and High Representative of the Union for Foreign Affairs and Security Policy. Wrapping up the meeting, V4 ministers adopted a joint declaration on the future of the EU’s enlargement. It read: “The EU enlargement policy provides an invaluable tool for achieving security, stability, and prosperity in the Western Balkans”. It also concluded: “credible and effective enlargement policy represents a strategic investment in Europe’s security”.

Nothing needs to be added.