25.04.2020
Countries trying to attract investors have developed Citizenship by Investment Programs (CIP) and Golden Visa programs for foreign investors. These are programs under which states offer citizenship and passports to real estate investors, state development funds and government bonds. 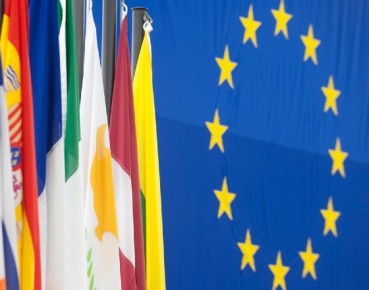 Currently, the most attractive programs for foreign investors in the EU exist in Cyprus (investment of EUR2m), Malta (investment of EUR800,000) and Bulgaria (investment of EUR1m), and outside the EU in Montenegro, Turkey, the Dominican Republic, Saint Christopher and Nevis, Grenada, Saint Lucia and Antigua and Barbuda. According to recent financial data, such programs represent a USD2bn market globally. A kind of CIP is the Golden Visa program, that is, residential programs that allow investors to obtain a residence permit based on the purchase of real estate and other investments with the possibility of acquiring citizenship through naturalization over several years.

Golden visas programs are made possible in Portugal, Spain, Greece, Ireland and Latvia, while a certain form of investment-based residency entitlement is available under the European Commission’s 2019 Investor Citizenship and Residence Schemes in the European Union and is currently implemented in as many as 20 EU countries. Conditions for exercising the right of residence vary from country to country, but there are usually conditions for job creation, residence obligations in a particular country and, most importantly, the minimum amount of investment, with the explicit statement in the European Commission’s report that Croatia has the lowest financial condition for acquiring the right to stay in the amount of EUR13.000 (subject to additional conditions). In addition to EU countries, such programs exist in the US (EB5 visas), Canada, New Zealand and many other countries, and the value of the gold visa market globally exceeds USD5bn.

For the first time, the European Commission has made efforts in January last year to put the „citizenship for money” or „visa for money” business model practised by the individual EU Member States in greater detail. Based on the report presented by then-EU commissioners Vera Jurova and Dimitris Avramopoulos there are reasons for concern. Three countries — Malta, Cyprus and Bulgaria — offer a residence permit in exchange for various long-term investments in the country. „These countries not only sell their citizenship but also the citizenship of the entire European Union,” said Ms. Jurova, European Commissioner for Justice. „The European Commission,” Ms. Jurova says, „is not sure if all the necessary security checks have been met in some cases. Money laundering and tax evasion could not be ruled out because some countries do not require sufficient evidence of the origin of money for investments, to obtain passports or visas. The sale of the citizenship of the Member States is truly legal, but we cannot sit back and do nothing,” she said.

The EU Member States have the right to grant each a nationality, visa or residence permit. Previous European Commissioner for Homeland Security and Immigration, Dimitris Avramopoulos, urged the Member States to genuinely carry out the necessary checks on the European database when checking for visas. „The problem is that there is no exact data on how many residence and so-called gold visas were issued. Member States do not have specific data,” he said and added „The identity of new nationals or visa applicants is also often not provided.”

Golden Visas in the EU

The non-governmental organizations, such as Transparency International (TI) and Global Witness estimate in a study published in 2019 that 100,000 gold visas and about 6,000 citizenships have been awarded to the EU in the last ten years. Most visas were granted in Spain, Cyprus, Portugal and the United Kingdom. Cyprus alone reportedly traded EUR4.8bn for the sale of passports. Especially after the financial crisis, which hit Cyprus hard, they were attracting investment in this way. In its report, the European Commission emphasizes that passports and visas are associated with very high risks. In the meantime, probably many suspicious Russian businessmen have come into possession of the Cyprus passport. The Commission would be glad to know exactly who is staying in the EU.

This issue has only recently gained public attention after the Finnish authorities searched a real estate company owned by a Russian entrepreneur who ‚bought’ Maltese citizenship after being charged with a large-scale money laundering. In another example, Hungary issued residence permits for the whole family of one Russian intelligence chief against whom the European Union launched an investigation. European anti-corruption organizations have explored the practice to date of four EU Member States (Austria, Bulgaria, Cyprus and Malta) selling citizenship in exchange for an investment, as well as 12 EU Member States granting residence permits to foreign investors. According to the results of the ” European getaway — inside the murky world of golden visas” report which has been conducted for the last ten years, the European Union has obtained over 6,000 new citizens and over 100,000 new residents through ‚golden visas’, most of whom have questionable sources of income. The largest number of ‚golden visas’ were granted to investors and their families by Spain, Hungary, Latvia, Portugal and the United Kingdom, followed by Greece, Cyprus and Malta. 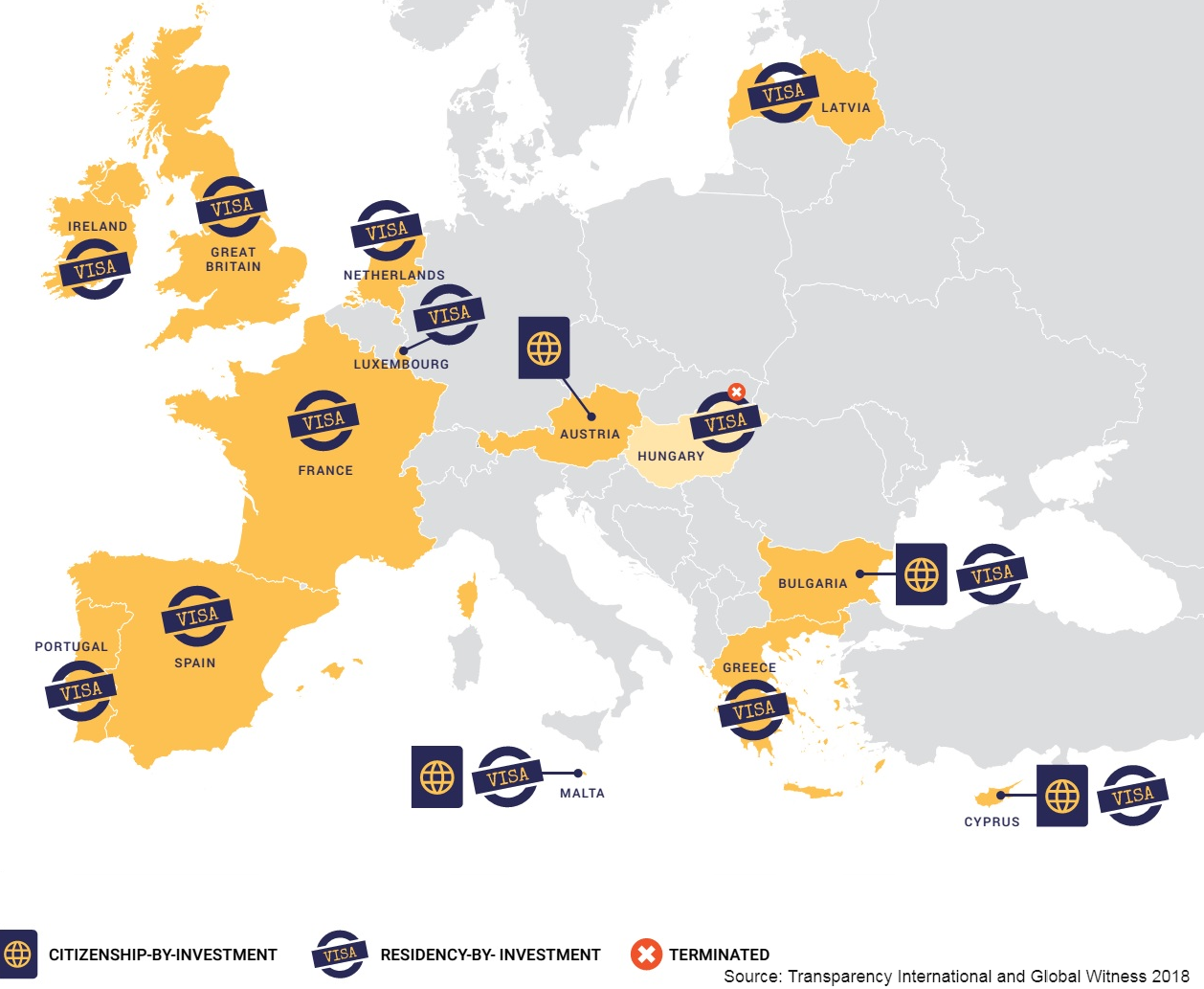 How much does it cost?

According to the same report, EU members have attracted foreign investment worth almost EUR25bn through the ‚golden visa’ program. The countries that have benefited most from this program are Spain (EUR976m), Cyprus (EUR914m), Portugal (EUR670m) and the United Kingdom (EUR498m). Although the price for ‚golden visa’ programs varies from country to country (a residence permit in Greece or Latvia can cost around EUR250,000, while in Austria it can cost more than EUR10m), the small Member States ultimately benefit the most. Three countries are particularly highlighted in the report. Since 2013, Cyprus has profited more than EUR4.8bn from the sale of passports, with the most frequent beneficiaries of these services being citizens of Ukraine, Russia and Syria. On the other side of the Mediterranean Sea, Malta has earned more than EUR718m since 2014, while Portugal has granted EUR4bn in residence permits to more than 17,000 people.

Non-profit organizations fighting corruption have pointed out that the Member States apply different criteria and that the governments of those countries are not fully informed of who is ultimately approved. Such programs present several risks in the Member States, they say. On the one hand, there is a real danger of making it easier for suspected criminals to enter the European Union legally. On the other hand, there is a real danger of corruption by the states themselves. In addition to the United Kingdom, Cyprus, Ireland and Bulgaria, countries implementing such programs are subject to the conditions of freedom of movement applicable in the Schengen area. For example, while Cyprus and Portugal do not verify the applicants’ sources of wealth and wealth itself, Malta verifies whether individuals applying for citizenship have been charged with offences in their home countries. Another type of risk is related to the lack of harmonization of practices at European Union level. The greatest danger is a violation of the integrity and security of the EU due to the lack of proper program management. EU passports and visas are not commodities. Money should not be a criterion for EU citizenship and residence permits. Thus, we need a European law to curb the sale of citizenship rights and we need to step up the fight money laundering. The EC should set minimum standards for these programs to ensure that all states that now offer investors passports and residence permits are compliant with those regulations.

Concerning the activities of the EC, it will, inter alia, „monitor the steps taken by Member States to make the management of these programs transparent in a way that will set up a group of experts from Member States to increase transparency and better governance of these programs, as well as their greater security to: establishing an information exchange and consultation system on the number of applications received, countries of origin and the number of individuals granted/refused nationality and residence permits by Member States based on investment; developing common security controls by the end of 2019 that will apply to investor citizenship programs, including specific risk management procedures”, as the report from end of last year reads.

As third countries establish similar programs, the European Commission will monitor citizenship programs for investors in candidate and potential candidate countries as part of the EU accession process, as well as in the framework of the visa suspension mechanism, to monitor the impact of such programs in EU countries. The published report is in line with the European Parliament Resolution of January 16th, 2014, which requires the Commission to address different national citizenship programs in compliance with European values and EU legislation and practices. 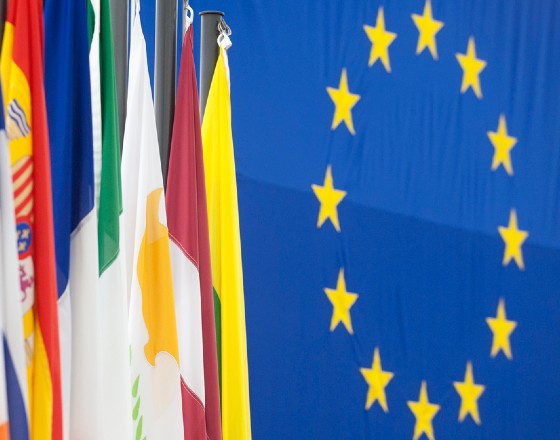 Category: Macroeconomics 29.11.2019
In 2018, the 28 European Union member states issued a total sum of over 3 million residence permits to non-EU nationals. Poland was the most generous country in terms of the amount of permits, having issued over 600,000. 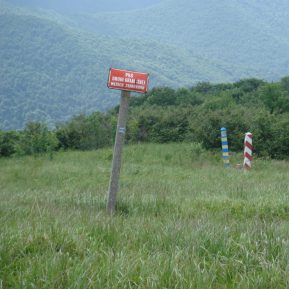