Ukraine is debating the issue of cryptocurrencies

27.09.2018
The Ukrainian central bank announced the launch of a pilot project of the electronic hryvnia (eUAH). Unfortunately, the idea was discredited by scammers before the tests began. 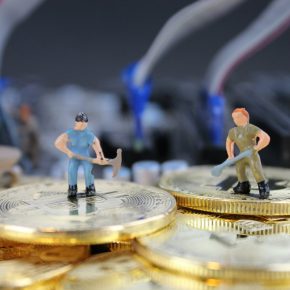 In mid-March 2018, the Ukrainian government decided to recognize mining, that is, the extraction of cryptocurrencies, as a type of economic activity and to include it in the Ukrainian Classification of Economic Activities (KWED). “Ukraine has a strong position in the global cryptocurrency sphere and is one of the leading countries in terms of the implementation of projects based on blokchain technology. But our legislation is not as progressive. We should start by entering mining into the KWED classification and in this way we will take it out of the grey area in which it currently functions,” commented Stepan Kubiv, the Ukrainian deputy prime minister and the previous head of the central bank.

The government argues that the inclusion of mining in the official classification will help lead the cryptocurrency business out of the shadow economy, provide an additional source of tax revenues, limit the outflow of IT professionals who are currently leaving Ukraine in mass numbers, and will also “reduce the current pressure of the law enforcement sectors on the cryptocurrency community”.

That pressure is very strong. The Ukrainian media regularly inform about the actions of the Security Service of Ukraine (SBU) against people involved in cryptocurrencies, although such activities are not officially banned in Ukraine. In August 2017, at the Paton Scientific Institute in Kiev, the police, along with SBU agents, confiscated 200 computers which were used for bitcoin “mining”.

At the beginning of 2018, the issue of cryptocurrencies in the context of national security was addressed by the Ukrainian National Security and Defense Council. The officials came to the conclusion that the state’s withdrawal from this sphere and the lack of legal regulations pose a threat to the economy and to national security.

According to the representatives of the SBU and the police participating in the meeting which took place at that time, “the lack of state control over the circulation of cryptocurrencies and the anonymity of the transactions create the grounds for their potential use for the purpose of money laundering, settlements in illegal arms trafficking and drug trafficking, as well as the financing of terrorism, especially in the territories of the Donbass controlled by the separatists.”

Consequently, it was decided that the National Cyber Security Coordination Centre, operating within the framework of the National Security and Defense Council, would determine the rules for the functioning of the cryptocurrency market in Ukraine.

In order to launch this process, a working group was established, which will include the representatives of the central bank (NBU), the Ministry of Finance, the securities and stock market commission, the SBU, the police, the state financial monitoring service, the fiscal administration and the state service for special communications and information protection. The group will be tasked with the preparation of the legal regulations concerning cryptocurrencies.

As the National Security and Defense Council informed in a statement issued after the meeting, the authorities will establish a state regulatory body responsible for cryptocurrencies and will legally define the rules for the functioning of the cryptocurrency market, the procedures for monitoring transactions carried out with cryptocurrencies and identifying the entities performing these operations, as well as the principles of taxation of income derived from trading in cryptocurrencies.

Attention was also drawn to the need to create a mechanism guaranteeing that police authorities have access to the cryptocurrency exchanges. Such entities would be obliged to store information about all transactions that are carried out on these exchanges and to make them available to state authorities.

The NBU changed its mind

The issue of cryptocurrencies was already debated in August last year by the Financial Stability Council — an advisory body subordinated to the President of Ukraine, which has no decision-making powers. At that time, the participants of the debate pointed out the need to legally regulate the position of cryptocurrencies and to enable their use in the economic sphere.

“They have undoubtedly already become financial instruments, important for the economy of our country and for the financial market. We should provide businesses with the ability to invest money in them and we should provide security guarantees to the investors. Such rules and protection will prevent them from turning into “junk”, as was the case with Ukrainian shares,” said Timur Khromaev, the chairman of the National Securities and Stock Market Commission, summarizing the conclusions of the debate.

The central bank is now also in favor of regulating the sphere of cryptocurrencies. “The need to regulate cryptocurrency operations results from the entry of non-professional investors into that market and the necessity to protect their rights,” argued Yevhen Stepaniuk from the NBU, during the international conference BlockchainUA, which took place in March 2018 in Kiev. This indicates a big change compared with the position that the Ukrainian regulators held just a few months ago.

In November 2017, the NBU organized a briefing during which its deputy Governor Oleg Churiy presented the position of this institution regarding the status of cryptocurrencies in Ukraine. “The complex nature of cryptocurrencies doesn’t allow us to recognize them as money, currency, means of payment of another country, currency value, electronic money, securities or a surrogate of money,” said Churiy.

According to the assessment he presented at that time, cryptocurrencies do not fall under the regulations concerning money transactions, because they do not exist physically in the form of cash or in the form of records on bank accounts. They are also not covered by the civil law regulations concerning transactions in securities, because they do not have the characteristics of a document, and they do not have an issuer or a person who holds the right to them. As a result, the central bank did not recognize cryptocurrencies as currencies and absolved itself from responsibility in that area.

At that point the NBU considered it premature to debate the issue of any possible regulation of the situation of cryptocurrencies in national legislation. At the same time it also assured that it did not intend to launch a Ukrainian cryptocurrency.

However, times have changed, and so did the opinion of the NBU on this issue. Along with the appointment of a new Governor in March this year, the Ukrainian central bank announced the launch of a pilot project of the electronic hryvnia — the eUAH. Although it is supposed to be based on blockchain technology, the bank has avoided referring to it as a cryptocurrency.

The first signals of the possibility that the NBU could release its own electronic currency emerged at the end of 2016, but no details were presented. Six months later, the NBU announced, in a press release, that the launch of an electronic currency would be based on blockchain technology. The Ukrainian central bank argued that the issue of an electronic hryvnia will allow for the development of an effective national payment platform with minimal transaction costs and rapid transfer execution.

The pilot project was supposed to be carried out on a voluntary basis, and after its launch and performance assessment, the central bank was supposed to make a final decision on the further steps concerning the extension of the platform’s activities. The NBU did not announce the deadlines for the implementation of the project. After that, it almost immediately backpedaled on its proposal.

“We are analyzing to what extent the NBU, the commercial banks and other participants of the payment infrastructure are ready for the emergence of such an innovative product, what models of introduction and use of the electronic hryvnia would be possible, and how its emergence could affect the processes taking place in Ukraine’s economy,” stated Mykhailo Vidiakin, the chief strategist of NBU, while explaining the idea behind the project in an interview.

The NBU sees the eUAH as a way to extend non-cash settlements by making them available also to people who do not have bank accounts, and to create a convenient instrument that provides the ability to conduct instant settlements safely and without transaction fees.

However, before the official project took off, it was hijacked by scammers. Posing as the Ukrainian central bank they announced the release of the eUAH on the market.

On the project’s website, they put up quotes from the speeches of the Ukrainian Prime Minister and the Minister of Justice, to authenticate the official authorization of the electronic hryvnia which they issued. They even prepared a “technical documentation” reminiscent of the documents published by the central bank, in which they informed that in 2019 the electronic hryvnia would function in all spheres of the economy and that it would be used for the implementation of up to 15 per cent of all transactions carried out in Ukraine. 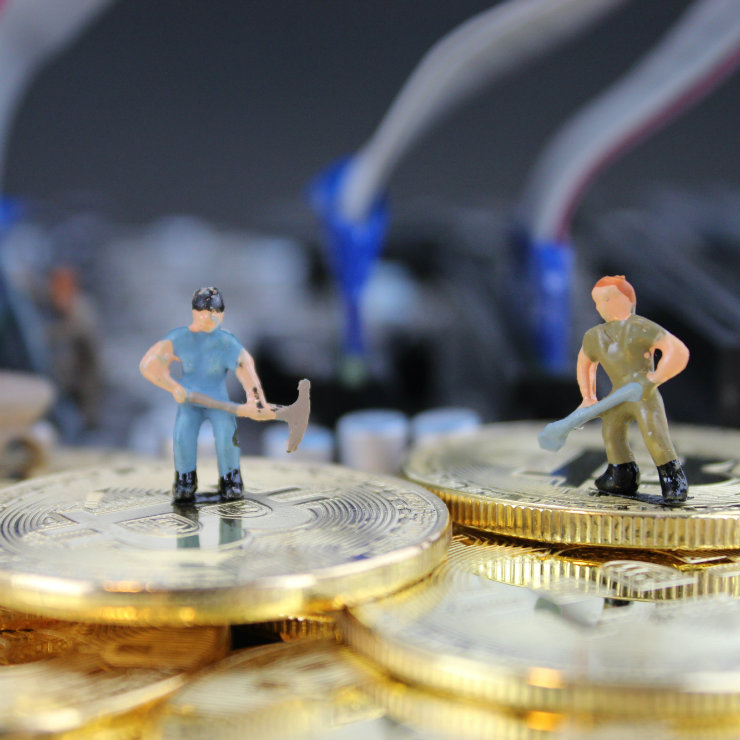