Ukraine needs to create its own development plan

24.11.2016
Ukrainian politicians are counting on a new Marshall plan that would benefit their country. The chances for the implementation of this idea are very slim. 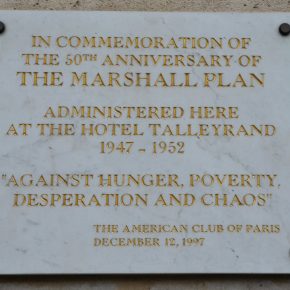 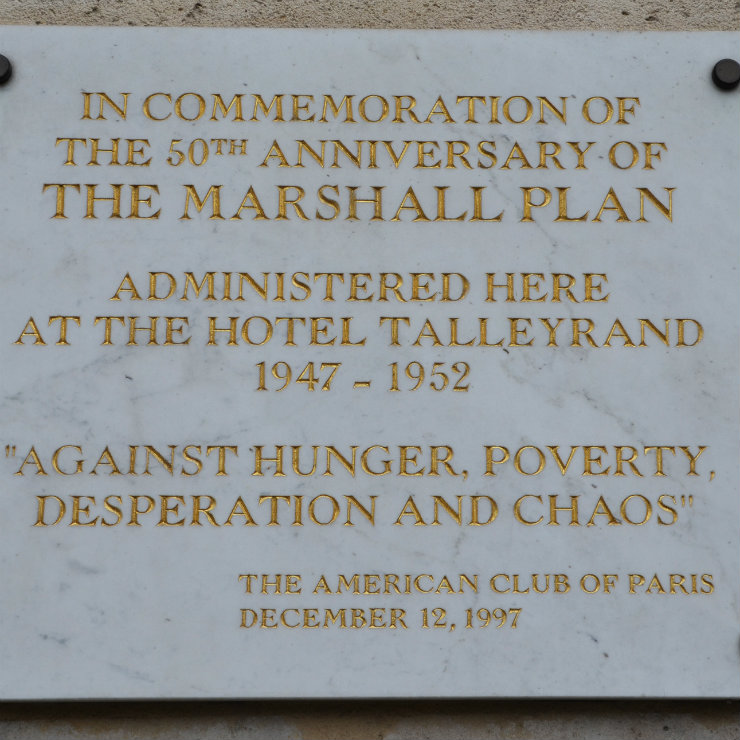 Western Europe has legitimate concerns that the money could end up on the accounts of the oligarchs. Meanwhile, Ukrainians have a number of possibilities to boost the economy on their own. Over the past couple of years many ideas have surfaced for a huge aid package for Ukraine, to be created by the Western countries and international organizations. According to the proposals, the aid would be similar to the Marshall plan created by USA in 1948 for Germany and other devastated by the war countries of Western Europe. The value of Marshall Plan was USD12bn and it allowed the reconstruction of the region’s economies and democracy saving it from expansion of communism.

Two years ago, the influential French philosopher Bernard-Henri Lévy suggested a creation of a “Marshall plan” for Ukraine. One year ago, unofficial information emerged about the idea of a large conference with the participation of the EU, the IMF, the UN and the governments of Western countries, who would set up a joint fund financing the economic development of Ukraine. At the beginning of 2016, Karl-Georg Wellmann, a significant politician of the German CDU party, publicly presented this idea. The “Marshall plan” for Ukraine would complement the EU-Ukraine Association Agreement and would be implemented with a large participation of funds from Germany. Work on the idea is carried out behind closed doors and the general concept has not yet taken concrete shape.

Therefore, it is hardly surprising that the Ukrainians themselves accept these promises and await their fulfillment. Pavlo Sergeyevich Klimkin, the Minister of Foreign Affairs of Ukraine, talked about this before Angela Merkel’s visit in Kiev in August. “Why does Europe spend hundreds of billions of euros on an aid for Greece, and does not want to allocate even a fraction of this amount on an aid for us?” complained Ukrainian politicians.

Some of them also point out that the United States and the United Kingdom failed to comply with the Budapest memorandum of 1994, in which they ‒ along with Russia ‒ committed themselves to respect the sovereignty and territorial integrity of Ukraine, and that they should now at least financially support the Ukrainians.

The topic of a “Marshall plan” for Ukraine was also widely debated during the Economic Forum in Krynica, Poland at the beginning of September 2016.

“The Ukrainian authorities should seek an aid plan that would help in the re-industrialization of our country, just as the one that helped the Germans after the Second World War,” ‒ said Serhiy Taruta, a member of the Supreme Council of Ukraine and one of the most affluent men in Ukraine.

His position was supported by Ivanna Klympush-Tsintsadze, the Ukrainian Deputy Prime Minister, who indicated that the Marshall plan not only helped the economies of the Western countries, but also stabilized their socio-political situation.

Ukraine’s current bad economic situation was evident in the presentation given by Serhiy Taruta in Krynica. It was a plan for Ukraine which he advertised as his „dream”. According to it, Ukraine’s GDP would reach the current level of Polish economic development in 2030. “Taruta’s plan” would also include the development of social capital and a more innovative character of the Ukrainian economy. But is even this moderately ambitious vision real? Serhiy Taruta assumes that the Ukrainian economy will start growing at a rate of several percent per year, which is much faster than at present.

For the time being, this seems highly unlikely

Today, Ukraine’s main donor is the International Monetary Fund (IMF). One year ago, the IMF adopted a four-year program of aid for Ukraine worth about USD17.5bn, of which a USD5bn tranche was made available immediately, and subsequent instalments were made dependent on the implementation of specific reform measures by the Ukrainian authorities. These included reforms in the administration, banking system and in the field of energy policy.

So far the IMF has provided a total of USD7.6bn to Ukraine. This amount is not very big in relation to the expectations of the Ukrainians, but in the West there are still huge concerns that the money of potential donors might end up on the private accounts of corrupt officials and all-powerful oligarchs.

Besides, many foreign experts believe that the Ukrainians are still not utilizing many opportunities that would help them kick-start the economy on their own. “How can we help you, when you don’t want to help yourself?” is a question sometimes asked aloud even by the friends of Ukraine in the EU institutions.

“A ‘Marshall Plan’ for Ukraine is currently unrealistic. Ukraine has already received a lot of money that has been wasted. The country needs institutions such as an independent judiciary which will lay the foundations for a democratic state and a modern society,” believes Dietmar Stuedemann, Germany’s former ambassador in Kiev and currently an adviser at Deutsche Bank.

He pointed out that after World War II the Germans abolished all their institutions and built their new state from the scratch, while the Ukrainians have preserved the obsolete state structures from the Soviet times, which are not effective, and which do not provide a counterweight to the interests of the oligarchs. Other experts also indicate that in the 1940s American money indeed helped Germany to rise from the ruins of war but it was the Germans themselves who worked for their Wirtschaftswunder, or economic miracle.

“The Marshall plan was accompanied by the plan of Ludwig Erhard, who was the Minister of Finance of the Federal Republic of Germany at that time. The plan meant the creation of a social market economy, that is, among others, the elimination of monopolies and central planning,” also notes Jacek Saryusz-Wolski, a Member of the European Parliament and one of the Polish politicians who is most strongly supporting the pro-European aspirations of the Ukrainians. “For the time being, I do not see the Ukrainians having their own Ludwig Erhard.”

The Ukrainian authorities are persistently trying to attract foreign investors which are supposed to contribute to the country’s economic recovery. According to data from Dmytro Shymkiv, the deputy head of the presidential administration, which he presented at a recent Yalta European Strategy conference, in the last three years Ukraine abolished 15,000 different kinds of bureaucratic rules and procedures. This progress was recognized by Jacek Piechota, the President of the Polish-Ukrainian Chamber of Commerce, who praised the Ukrainian law on public procurement at the Economic Forum in Krynica, and indicated that these solutions could also be an inspiration for Poland.

However, this does not change the fact that foreign investors still have fears regarding involvement in Ukraine. “Corruption has become synonymous with the name Ukraine. This is the result of an ineffective system. How can an official earning USD50-100 per month make honest decisions where millions of dollars are at stake?” lamented one of the Ukrainian entrepreneurs in Krynica.

A greater inflow of foreign capital is prevented by the oligarchization of the Ukrainian economy. According to the data presented by Jacek Piechota, a dozen or so oligarchs control about 20 per cent of the GDP of Ukraine. At the same time, the sector of small and medium-sized enterprises remains underdeveloped – its participation in the GDP is lower than in Poland in the 1990s.

“Will the Ukrainian oligarchs be willing to share the market with foreign investors and to let them in to the most profitable sectors?” asked rhetorically Andriy Nikolayenko of the Ukrainian Business Initiative.

According to Jacek Saryusz-Wolski, in these conditions the demands of a “Marshall plan” are “irritating and counterproductive”. “The mood in Europe is such that the politicians will not want to spend huge amounts of the European taxpayers’ money on a country which is not a member of the Union. They will rather ask why won’t the Ukrainians tax their own oligarchs,” he assesses. Jacek Saryusz-Wolski also points out that Ukrainians should focus on what they are already getting from the European Union.

“The association agreement with the EU is much more generous than the one Poland signed 25 years ago. The financial package is five times higher than what we were able to negotiate back then,” he emphasizes.

According to Oleksiy Ryabchyn, the EU should help Ukraine mainly through support for the creation of a modern civil service without which Ukraine will not be able to obtain more resources from abroad. “This will change the opinion of Ukraine as a corrupt country that is wasting aid,” says the Ukrainian MP.

Ryabchyn is a politician in his 30s, who is engaged in energy policy and environmental protection. His native constituency is the Donetsk Oblast which he cannot visit due to the hostilities. In spite of that, he looks further into the future than many of his senior colleagues in the Supreme Council.

“A part of the EU assistance to Ukraine should also be the transfer of know-how in the transformation of regions that where dominated by the mining industry and heavy industry. By using the good experience of the Ruhr Area, Silesia, or northern France, we will be able to put the economy on a new path and in this way win the war for Donbas,” he argues.

Some Ukrainian experts go even further and believe that Ukraine does not need a “Marshall plan”, but a new energy policy, which will make the country independent of Russia and modernize its economy.