17.05.2019
In the next five years, Ukraine could turn from an importer to an exporter of natural gas — argues Prime Minister Volodymyr Groysman. The country wants to achieve this goal by increasing gas extraction while reducing its consumption. 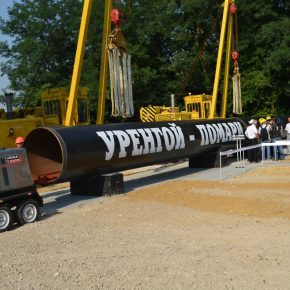 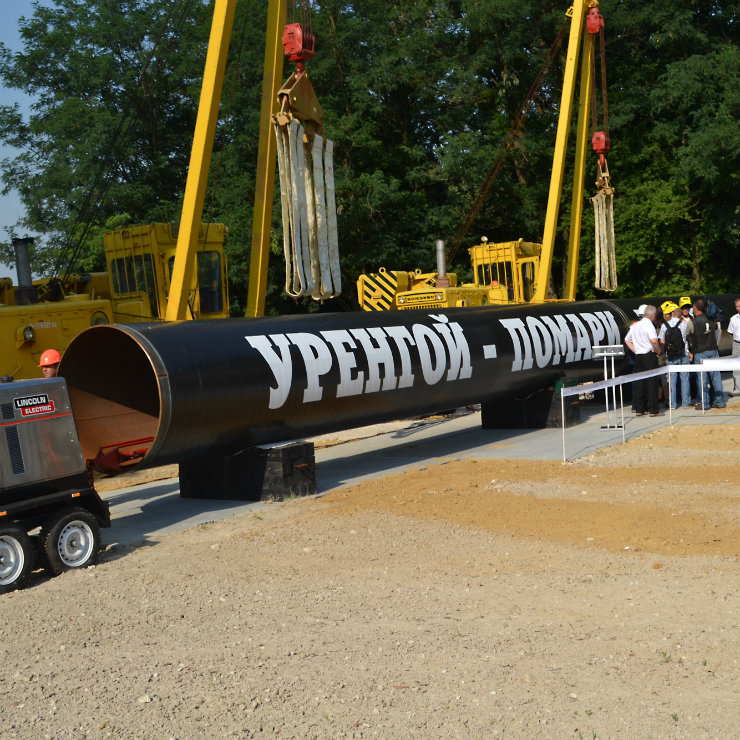 The set of assumptions adopted in 2016, known in Ukraine as the „20/20 Strategy”, provides that within two years — that is, till 2020 — the gas output of state-owned companies will reach 20 billion cubic meters (bcm) per year, while private companies will produce 6-7 bcm per year, thus rendering Ukraine independent of gas supplies from abroad.

However, there are some problems with the implementation of the first part of this plan. Ukraine achieved the highest level of domestic production, reaching 21.4 bcm, in 2013. Meanwhile, the output of the state-owned segment of the industry — Naftogaz of Ukraine and its subsidiaries — was at its highest in 2009, reaching 19.4 bcm. From then on, however, the gas output of state-owned companies gradually has been declined, hitting 15.9 bcm in 2016. The total production of private companies reached 4.2 bcm in 2017.

The state-owned company UkrGasVydobuvannya, which accounts for a major share of the production, has modernized 744 gas wells over the past few years and has launched the operation of 69 new ones. As a result, its production reached 15.5 bcm last year. While this is the highest production volume in 25 years, it is still not enough to achieve the level of extraction provided for in the „20/20 Strategy”. Further investments and new deposits are needed in order to reach the adopted target. According to data from UkrGasVydobuvannya (the state-owned, largest Ukrainian gas producer), the currently operated wells, which provide a total of 95 per cent of the production volume, already have a capacity utilization of 87 per cent. Meanwhile, the company is losing to private competitors.

The management of UkrGasVydobuvannya has complained about the actions of local authorities which are blocking increases in production — according to the presented data, the authorities of the Poltava Oblast, where the largest explored Ukrainian gas deposits are located, refused to issue drilling permits as many as 63 times. As a result, the company will not be able to extract the previously assumed amount of at least 3.3 bcm of gas by 2020. At the same time local authorities granted 14 permissions to a private group Petroleum East Europe.

In September 2018, the situation became the object of interest of the government. Prime Minister Volodymyr Groysman announced, that steps would be taken in order to withdraw the new licenses obtained by private companies, and pointed out that the preferences granted to them are unacceptable. However, these words have not been followed up with any actions.

In 2017, the Ukrainian gas pipeline network was used for the transit of 93.5 bcm of gas from Russia, out of which 90.8 bcm went to recipients from Western Europe and Turkey. This is far lower than the peak transit volume recorded in 1998, when over 141.1 bcm of gas were transported through the Ukraine, but also more than in the pre-war year of 2013, when the transit volume only amounted to 86.1 bcm. According to information provided by Naftogaz, in 2017 Ukraine earned USD700m more on the gas transit than it spent on the purchases of gas from abroad.

The current transit contract will expire on December 2019. If the transit of Russian gas flowing through the Ukrainian pipeline network to the European Union was stopped, Ukraine would lose about USD3bn per year, indicates Yuriy Vitrenko, the director of Naftogaz of Ukraine.

In order to keep the Russian transit in place, the management of Naftogaz decided to take a radical step — in exchange for a new contract it offered to drop USD10bn of its USD11.58bn claim in a lawsuit against the Gazprom.

However, some experts say that Ukraine should have given up on the Russian transit a long time ago, because the associated costs are much higher than the benefits. And after the completion of the Nord Stream 2 — whose construction is promoted by Germany — and the Turkish Stream pipelines, Russia will be able to freely dictate its own terms regarding the transit and supply of gas to the recipients in the European Union.

„There is an impression that all the arbitration disputes with Russia only have one goal — to review the terms and conditions of the economic relations with the aggressor, as regards the energy sphere. If that is the case, then sooner or later all the minor victories will turn into a massive defeat for Ukraine,” says Yury Smelyansky, the economic expert of the Kiev-based think-tank Maidan of Foreign Affairs.

According to Yuri Romanenko from the Ukrainian Institute for the Future, instead of focusing on the struggle for the transit of gas, Ukraine should focus on developing its domestic extraction and eventually assume the role of a reliable supplier of „the blue fuel” for Western countries.

„This pipeline has existed for 40 years. During this time, the Soviet Union has collapsed and several crises and technological revolutions have swept through the world, but they are still quite serious about basing Ukraine’s future on a network of gas pipelines, which provides „enormous” revenues of USD3bn per year. The conditions in which this network was necessary have disappeared or will soon disappear. Meanwhile, our elites are behaving as if the world was standing still,” commented Mr. Romanenko. He also pointed to other factors reducing the significance of the Ukrainian gas pipeline network, such as the LNG gas supplies from Qatar and the United States, as well as the development of alternative energy sources.

According to the Ukrainian analyst, with its natural gas resources estimated at 1 trillion cubic meters, Ukraine should not only completely give up on imports, but also position itself as a supplier for the European markets, opening up to cooperation with Western countries in the sphere of natural gas. „In this way, we will create genuine incentives for European business to cooperate with us, because it will be profitable for them. Our problem is that when we think about our benefits, we tend to forget about the benefits of the other parties. And after all, these benefits is precisely what gets them to engage in what is also profitable for us. If there is no benefit — there is no interest,” argued Romanenko.

Getting started in gas exports

The first signs of diminishing the role of Ukraine as an importer and a transit country are already visible, although they also indicate the strengthening of certain unfavorable trends in the ownership structure of the oil&gas sector that is of key importance from the energy security point of view.

By the end of January the company TAS Energia Krainy informed about the execution of trial gas supplies to Slovakia. According to information of the ICIS consulting agency, several Ukrainian companies are already considering the possibility of exporting the gas from the Ukrainian deposits to Slovakia and Hungary. Talks are underway on the exports of Ukrainian gas through the Polish gas network, and studies are carried out concerning the possibilities of exports to Romania. In the future the Ukrainian operator Ukrtransgas also wants to make its gas storage facilities in Western Ukraine available to companies from the European Union. According to the analysts, the Ukrainian operator’s decision to reduce the charges for the transmission of gas through the Ukrainian gas pipeline network by about half starting from January 2019, will be conducive to exports.