19.10.2015
The Ukrainian authorities are trying to create an image of a country of reforms and strong anti-corruption attitude. The well-known economist Arthur Laffer is going to help the government, because without reforms Ukraine cannot count on further financial assistance.

The West has run out of patience ‒ this is clearly indicated by a series of critical statements of the representatives of the European Union and the United States addressed to the authorities in Kiev. Arthur Laffer was invited by the Minister of Finance Natalie Jaresko. “You will have to do what they did in Europe a hundred years ago, and not what they are doing today” ‒ Laffer instructed the Ukrainians upon arrival in Kiev. He listed things that are necessary for their country to emerge from the state of collapse ‒ low tax rates, modest budget expenditures, reduction of the budget, sound currency, free trade, elimination of barriers and minimal regulations. The problem is that in Ukraine these slogans, which are obvious to the majority of local experts, have little connection to reality.

The former Georgian President Mikael Saakashvili, who received the Ukrainian citizenship this spring and became the governor of the Odessa Oblast, does not have a good opinion about Ukrainian reforms. “There have been no significant reforms after the revolution. Generally speaking, during this whole time there were discussions about reforms, but we haven’t seen any actual reforms. I’ve been here for a year and a half. I haven’t seen any real big reforms here”, he said in an interview with the TV station Channel 5.

„The EU and the US have recently realized that the Ukrainian authorities will not voluntarily introduce reforms and combat corruption. The gentle attempts to influence Poroshenko and his team were replaced with hard ultimatums. If you don’t want to „change your ways”, you won’t get any money”, commented the popular Ukrainian blogger Kirill Sazonov.

The prosecutor vs. anti-corruption activists

Without real reforms Ukraine cannot count on further macroeconomic assistance. One of the conditions for the disbursement of the next tranche of the IMF loan in the amount of USD1.7bn is the launch of operations of a special anti-corruption department in the prosecutor’s office. So far a real scandal has broken out in connection with the appointment of the head of this body.

The main investigator responsible for corruption matters is to be appointed by a committee composed of seven persons selected by the parliament and four persons appointed by the Prosecutor General. Victor Shokin, appointed to this position by Ukrainian President Petro Poroshenko, has long been accused not only of executing the political orders of the government (putting the opponents of the President-oligarch behind bars), but also of supporting the corrupt methods of functioning of his institution. The outrage was sparked when Shokin appointed prosecutors who had been accused of corruption to the selection committee. In addition, Shokin came into open conflict with the European Union delegation in Kiev ‒ in order to defend his decision he cited the alleged support for it expressed by the head of the EU mission Jan Tombiński.

The final blow came in the speech of the American ambassador Geoffrey Pyatt. Speaking at the Odessa Financial Forum on September 24th, he lambasted the prosecutor’s office which has been protecting corruption.

The American ambassador equated corruption on the top levels of the Ukrainian government with the Russian aggression. „We must not ignore an equally tenacious enemy dead set on undermining Ukraine’s economic success. That enemy is corruption. Corruption kills. It kills productivity and smothers inspiration. (…) Innovation and entrepreneurship lag under the weight of bribery”, he stated and urged Western investors to refuse to participate in the corrupt business practices of the Ukrainian authorities. „All of us here today know that Ukraine can, and must, address the problem of corruption now. You, Ukraine’s business leaders, investors, prospective investors and partners (…) can help. You can refuse to participate in corrupt business practices. You can insist that when corruption is found, arrests are made and followed by thorough (…) investigations”, he added.

In his opinion a key element that stands in the way of reforms, however, is the deeply corrupt prosecutor’s office, which is threatening all the pro-reform activities in Ukraine. „Rather than (…) working to root out corruption, corrupt actors within the Prosecutor General’s Office are making things worse by openly and aggressively undermining reforms”, said Pyatt and listed the many faults of the leadership of the Prosecutor General’s Office of Ukraine: hindering efforts to investigate and prosecute corrupt officials within the prosecutor general’s office, and intimidating and obstructing the efforts of those working honestly on reform initiatives within that same office.

While the enumeration of the misdeeds of the prosecutor’s office surprised no one, the reaction of that institution was indeed surprising. Its official statement, issued after the release of the American ambassador’s speech, claimed that the ambassador expressed appreciation for the work of the Prosecutor General and the desire to continue cooperation with him.

Officials and politicians have been lately struck by a plague of amnesia. According to the reports of the Glawkom news service the Interior Minister Arsen Avakov „forgot” to state in his declaration of assets that his wife holds shares in the „Investor” company worth about UAH30m (approx. USD1.5m). At the same time accusations surfaced concerning the minister’s involvement in the siphoning of UAH1bn from the Ukrainian banking system to an account in one of the tax havens. The head of Ukraine’s tax authorities „forgot” to disclose his London apartment in his declaration of assets. “I’m as clean as a whistle”, he argued after the media disclosed the case. He claimed that he didn’t own the apartment but merely had temporary rights to the property for a period of 120 years.

Independent Ukrainian media have also recently published copies of bank transfers, showing that the deputy head of the parliamentary faction of the Petro Poroshenko Bloc, Ihor Kononenko has been making bank transfers for the amounts of hundreds of thousands of dollars several times per month. The transfers weren’t registered by the Ukrainian tax system and were directed to a bank account in one of the tax havens, which was used, among others, to pay for the servicing of Petro Poroshenko’s private jet.

The fact that it is simply impossible to build a modern democratic state with people of the old regime, who had spent many years building the current corrupt Ukrainian system, is best evidenced by the story of the head of the State Employment Service Jaroslav Kashuba, who was dismissed from his post in September. The official who was caught taking a bribe of UAH600,000 for bid-rigging had participated in an anti-corruption training in Bonn funded by the German government just one week earlier.

From Ukraine to the space

Category: English 13.06.2019
The Eastern and Western space programs have long been dependent on the Ukrainian space sector. Now the Ukrainians are successfully taking over new market niches. 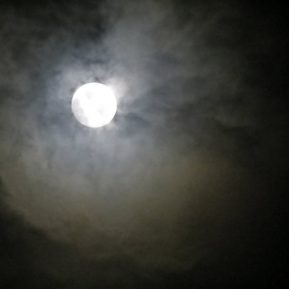