17.11.2015
The Ukrainian power industry has become yet another sector of the economy that requires immediate strategic solutions. It is sinking, but the ruling elite is focused on the struggle for influence and money. 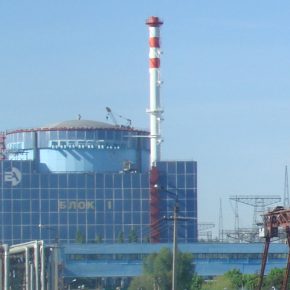 Not so long ago, the Ukrainian Prime Minister, Arseniy Yatsenyuk, summoned a meeting of the anti-crisis energy staff. The situation in the sector is catastrophic, the Ministry of Energy and state-owned energy companies are not prepared to guarantee the supply of heat and electricity in the upcoming heating season – these were the words of the Prime Minister quoted by the press agencies.

The Minister of Energy reassures that the Ukrainian power plants have already accumulated 10% of the coal required for the winter season, which means supplies for approx. 15 days. For comparison, in Poland thermal power plants are required to hold stocks sufficient for 3 to 20 days of operation – the size of the required stocks is higher, the greater the distance from the coal mines. If we take into account that Ukraine is currently at war and most of the coal will have to be imported from abroad (sometimes even purchased from the Russian aggressor or transported through its territory, which in turn creates the possibility of the supplies being blocked at any time), it appears that the level of stocks indicated by the Ministry is very meagre, especially given the fact that Ukraine has already had the experience of last winter, when the coal supplies for the Ukrainian power plants bought in the Caucasus were blocked by the Russian authorities.

According to the ministerial statements, at the end of August 2015, there was already 14 billion cubic meters of natural gas accumulated in the underground storage facilities. According to the plans approved by the government, the total gas consumption this year is supposed to amount to 40 billion cubic meters. “In order to safely enter the winter season, we need an additional one billion cubic meters, but it would be better for us to have stocks of 19 billion”, commented the Ukrainian Prime Minister. According to the energy industry expert Gennady Ryabtsev, the situation is bleak. “In December we are expecting a deficit of 7 million tons, but this is only the case if the temperatures don’t fall very low. Our power plants need 34,000 tons of coal a day for normal operation and currently they are getting three times less”, he assessed in an interview given to a Kiev-based radio station.

In his opinion, the data on gas stocks provided by the government is not reliable. “In the underground storage facilities we have not only the gas belonging to the state, but also gas belonging to private companies. In addition, some 5 billion cubic meters of gas is so-called technical gas, which cannot be used. As a result, the real volume of gas that we will be able to use is approx. 6-7 billion cubic meters less than the data from the official statements”, says Ryabtsev.

The situation in state-owned mines is bad. Only in the Lviv Oblast the debt due to unpaid wages (sometimes stretching back as far as the beginning of the year) reached almost UAH26m (EUR1.04m) in August. The authorities began to address the problem only when the miners demanding that the employers settle their obligations threatened to strike.

In a situation where the authorities are officially proclaiming the need to achieve energy independence from Russia, the ministry has already announced the liquidation of „unprofitable mines”. The Energy Minister, Volodymyr Demchyshyn, announced that he expected financial support from the West for this purpose. “This is a difficult subject, but I believe that we will receive support from European donors to ensure that this programme is effective”, he said. At the same time the Ministry of Energy has given the green light for coal imports from Russia.

Ukraine had an opportunity to significantly improve its coal situation during the winter, when the pro-Russian militias focused on taking control of the strategic railway hub in Debalcevo, leaving the mining center in nearby Gorlovka virtually undefended. Although experts claimed there were real chances of seizing the city and the mines located on its territory, the general staff reporting to President Petr Poroshenko chose not to carry out the operation, which would have given Kiev control over the coal. As a result, Ukraine will most likely have to forget about these mines for good and depend on external supplies of coal, even in the event of regaining control over the occupied parts of the Donbass. In mid-August the Russian occupiers announced to the miners working in Gorlovka that from September 1st they are not financing the activities of the local mines. The workers were told that if they wanted to continue to extract coal, they could start an employee-owned company and continue operating independently at their own expense. Meanwhile, due to the lack of funding, the Gagarin mine has already been flooded and the Lenin mine is also threatened with flooding.

Strategic thinking on how to ensure the energy security of the country had to give way to the struggle for spoils that is typical of the Ukrainian oligarchs. According to the journalists of Radio Svoboda, the leading role is played by the Russian entourage of the president-oligarch Petro Poroshenko and his long-time business partner, Russian oligarch Konstantin Grigorishin. „President Petro Poroshenko has publicly announced a fight against the oligarchs. But in reality, the favorites of his predecessor are replaced with new ‘dear friends’. One of them is an old friend and business partner of the President – the Russian Konstantin Grigorishin. The friendship between President Poroshenko and Grigorishin may cost the Ukrainians billions of hryvnias. His people have already entered the management boards of state-owned enterprises, the Ministry of Energy and the National Electricity Regulatory Commission of Ukraine. Most of his business is concentrated in the energy sector”, concluded the journalists of Radio Svoboda.

According to the findings of a journalistic investigation, Grigorishin’s people are receiving lucrative state contracts in the energy sector worth hundreds of millions of dollars by way of tender procedures that are „the most corrupt during the current government”. The President was supposed to facilitate the Russian’s entry into the Ukrainian energy sector back in 2005, when he served as the Secretary of the National Security and Defence Council.

The head of the state-owned strategic company, Ukrenergo, managing the strategic dispatch center of the Ukrainian power grid, who was appointed several months ago, is also a part of Grigorishin’s team.

As established by Radio Svoboda, in furthering his interests, Grigorishin can also count on the support of the head of the National Commission for State Regulation of Energy and Public Utilities, directed by the 24-year-old Dmytro Vovk, who was until recently a manager for retail sales at the Moscow headquarters of the President’s confectionery group Roshen. The Energy Minister, Volodymyr Demchyshyn, who had previously served in a management position in the company Investment Capital Ukraine, which serviced Poroshenko’s investments, ensures that the interests of the president’s entourage in the energy sector are duly protected.

Rinat Akhmetov, who has so far played a key role in the Ukrainian energy sector, has also decided to join the game after feeling the breath of the competition on the back of the neck. According to media reports , the oligarch hailing from Donetsk, who obtained control of the better part of the Ukrainian energy sector during the Yanukovich presidency, now feels threatened by the growing might of the Russian business invasion supported by Petro Poroshenko.

The threat is all the more serious, since the Minister of Energy and the Coal Industry Volodymyr Demchyshyn, who represents Poroshenko in the government, has come up with the idea to break up the DTEK energy giant controlled by Akhmetov. The government still has 25% of the shares in the company, which is coveted by Poroshenko’s Russian partners. The company is a very attractive asset: DTEK consists of 27 mines, 11 coal enrichment plants, 4 energy generating companies and 4 energy distribution companies.

In mid-August, Akhmetov’s group threatened the government with periodic shutdowns in the supply of power in the event that the Energy Ministry refuses to raise the prices of coal delivered to the thermal power plants forming part of the group. Akhmetov supposedly provided the government with calculations indicating that the purchase price of coal on the international markets is much higher than UAH1,100, that is, USD50 per ton, which the Ministry of Energy has established. According to commentators, the dispute concerning the price of coal is a result of the efforts of Poroshenko’s entourage to reduce DTEK’s profitability and force Akhmetov to share this tasty morsel.

To be or not to be nuclear?

Like many other seemingly strong sectors of the economy, nuclear power has also fallen victim to the oligarchic system, which has become accustomed to consuming the leftovers from the days of the Soviet Union and is loath to bear the costs of investment in the necessary infrastructure. Theoretically Ukraine is in a good situation. Ukraine’s nuclear power plants are secure to safely generate electricity until June next year in the event of a possible suspension of fuel supply by Russia. Due to the diversification of supplies, in five years the Ukrainian nuclear power plants will need to buy only half of the fuel from the Russian supplier, instead of 90% like today.

“What has been gained in one area, however, has been lost in another. In a year and a half Ukraine may be forced to turn off seven blocks at the nuclear plants because there will be nowhere to store the used uranium fuel”, warned journalists of the  “Dzerkało tyżnia” weekly. Although plans for the construction of waste storage facilities were made a decade ago, work on this has not even begun. Instead, USD120m from the Ukrainian budget goes to Russia each year for the storage of the used uranium rods. The Rivne, Khmelnytsky and Yuzhnoukrainsk power plants export them to the east. Only the Zaporizhia nuclear power plant has its own spent fuel storage facility. In total, approx. 125 tons of uranium from the Ukrainian nuclear plants is sent to Russia each year.

The multi-annual Ukrainian-Russian agreement on the storage of spent nuclear fuel has expired and has only been extended until the end of 2016. However, as noted by “Dzerkało tyżnia”, due to the Russian aggression and the complete disregard of the problem by the authorities, in a year and a half it may turn out that seven of the 15 active blocks of the Ukrainian nuclear power plants will have to be turned off simply because there will be no way to deal with the spent fuel. 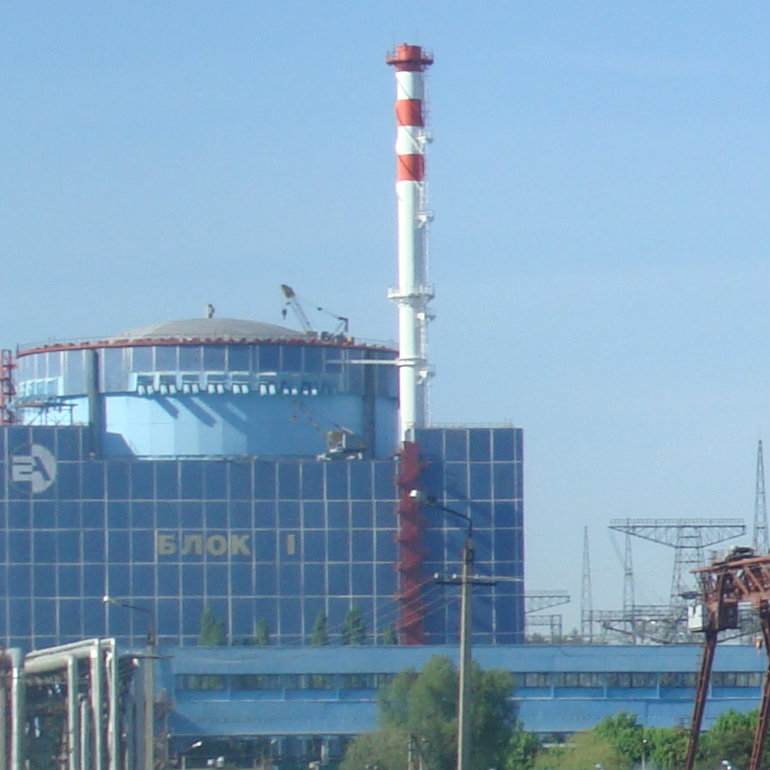