Unconditional basic income — necessary or not?

28.05.2020
Spain will be the first European country to introduce the Unconditional Basic Income (UBI). Nadia Calvino, the deputy prime minister, said that UBI might become a structural and permanent instrument, not only a temporary way to mitigate the effects of COVID-19 outbreak. 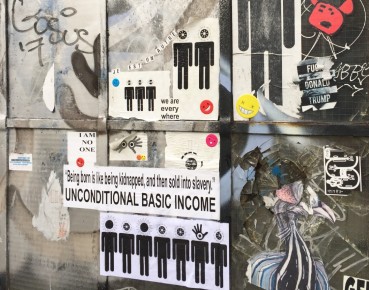 UBI is an unconditional and regular payment made to every citizen, with an optional difference on demographic factors. The only country in the world currently with UBI program running is the Islamic Republic of Iran, where the government introduced monthly cash transfers to families in 2011. In Europe, UBI was a two-months trial in Finland, where unemployed Finns received EUR560 monthly. It was cancelled after the research results showed that recipients did not use the money to find employment.

Proponents of UBI suggest its introduction would help eliminate structural inequality, where the salaries for those at the highest levels of society rise far faster than those for the rest. The pandemic might be an opportunity for change and create a society with solidarity and where profits would be distributed more evenly. The shutdown of economic activities, which is necessary to halt the spread of the virus, resulted in a net suspension of income for a very high number of workers and of companies. They are having temporary help from their governments, but all those whose jobs are not protected, as temporary workers, people at the end of fixed-term contracts, some intermittent workers or freelancers, are in jeopardy. Finally, some unemployed people do not receive unemployment benefits because they lack knowledge of the system or the means to apply for it, in a context where the action of social administrations and associations is also limited by containment measures.Faced with such a crisis, UBI would have been effective in responding quickly to the problem without leaving anyone behind.

The question of financing arises, so taxes which will finance it have to be taken into account. European authorities could finance this year’s UBI mainly by increasing the tax rate by about 20 points. Part of the financing can also be put on the last income tax or capital tax installments to obtain a stronger redistributive effect. In this scheme, wealthy households would be taxed more, but they would also receive universal income, which would partially offset the higher taxes.

The individualization of universal income makes the measure more expensive than the current financial help mechanisms, but it also makes it simpler. Above all, the implementation of a UBI is the most direct translation of a necessary reconciliation between the Family Allowance Funds, which pays social benefits, and the tax administration, the two entities that participate vertical redistribution of income. Merging these two would be an opportunity to bring more coherence to the redistributive system and better support for citizens. Finally, once the coronavirus crisis is over, the existence of UBI in the range of redistributive mechanisms will be an effective tool to face many future economic problems: compensate the population of a region affected by a natural disaster, offset the anti-redistributive effects of an increase in the carbon tax, increase the purchasing power of low-wage workers, etc. Thus, implementing such a universal income now will allow political power to realize that this tool can unlock a multitude of economic dilemmas that it had not managed to solve until now. This is how proponents of this idea think, including the Nobel prize laurate for economics Robert Shiller.

Others disagree. Every home worker should also be aware that money only flows in the long run if it is generated. And there is a catch: the unconditional basic income is quite expensive. The required six months alone with EUR800-1200 would cost around EUR500bn in countries like Germany, almost doubling the federal government’s existing aid packages. In just half a year, Germany would be more than 10 percentage points further from the 60 per cent target for government debt. The country could only afford such benefit in the long term if all other social benefits ceased to exist. Including pensions. It would no longer be possible to pay more to people with a greater lifetime achievement or with higher needs.

Spain also does not afford such a priceless rain of money. Only a minimum security for the needy is introduced there. The Spanish project is not that far from Germany’s Corona-Hartz-IV, which the state is now generously distributing EUR1000 monthly. No problem with Hartz IV: in cities like Hamburg, the standard rate, rent assumption and heating subsidy easily add up to four-figure amounts even for singles. But the money only flows to those who have lost their income. A basic income also flows to people who don’t need it.

Germany’s victims of the crisis are therefore protected. But wouldn’t the crisis be the best time to try out the daring idea? Those economists who oppose UBI disagree. The danger of UBI is, above all, that part of people will give up work and remain idle in the social hammock. But hardly anyone will remain unemployed voluntarily if the basic income may disappear. If you have to work again in six months, you’d better start looking for a job or do something else that will help you make money later.

The proponents of the basic income, on the other hand, aim to ensure that nobody has to work if they don’t want to: people relieved of the “pressure to sell” could do what is important to them. The fact that work is subject to exploitation pressure is a very useful principle of the market economy. You only earn money if you do something for others — and not something, but an activity that is worth something to others. In this way, selfishness is made usable for the common good.

Indeed, this principle does not always work in practice — taxes and social benefits have a lot to balance. It is also true that the practice of taxes and social benefits is so complicated that it urgently needs to be simplified. But there are too many fashion designers and artists who want to gain more freedom for unprofitable projects with their UBI, and opponents of UBI are just against it.

UBI in the CSE

In Central and Southeast Europe (CSE), economists are more worried of the people’s culture and behavior towards money. Some experts in the CSE consider distributing money to their respective population as categorically wrong. At least because many have nothing to save or gain from it. Therefore, it is easier to spend right away, as culture of savings is not so developed. Moreover, the style of thinking inherited from the communist economy is still alive that the state owes everything: “let the government think how to save me — this is government’s and not my problem”. There is a risk that UBI will produce the opposite effect.

Opinions of how to proceed vary, but most economists in the CSE suggest to follow the recipe from 2008 and help only large corporations. They save jobs and open new ones, in particular, for bankrupt businessmen and their employees. And the second option does not exclude the first, and it is to give people money to minimize barriers for starting any business and provide access to cheap loans. Yes, it’s risky and a lot will not be paid back, but those who come out will prove effective. Maximum economic freedom, minimum corruption and administrative pressure seems so simple. And the main thing, it is better than just throwing money nowhere and everywhere.

Overall, governments are major actors in global economics. The widespread support of citizens suggests that interventionist measures are supported by citizens and politicians who are otherwise inclined to a paternalistic view of the role of the state, but also citizens who are considered liberal and under normal conditions would oppose most of these measures. Economists belonging to a liberal school of economic would, in a classic economic crisis, even as strong as the one in 2008, point out that many companies need to go bankrupt because they have invested in unsustainable projects. They would say that it is justified for people to lose their jobs because there is no demand for them. They would oppose government intervention because it can lay the groundwork for future crises.

However, the crisis we are facing is not a classic economic crisis. The shock that has hit economies around the world is completely exogenous concerning economic processes. It is an epidemiological shock, which has led to a very specific supply shock in the economy — a ban on production and services. The decline in business income, loss of business, difficulties in repayment of loans, etc. are not the result of wrong decisions made by a company, consumers or the state, but the consequence of imposed restrictions. So, it should come as no surprise that there are currently no significant number of economists who believe that the state should not intervene in the economy at this time.

Liberals often compare the state to Leviathan, an invulnerable monster that, through its growth (expenditure), displaces the private sector and individual freedom. The specificity of this crisis makes it uncertain as to its duration, which is not the case with classical business cycles. Media discuss when the lockdown should be lifted, with some countries announcing the gradual opening (Austria, Denmark, Norway and, to a lesser extent, the Czech Republic and Poland), while in many other European countries such plans are still not mentioned. The difference in plans cannot be explained by different information on the dynamics of the pandemic, but probably by the difference in trust of the authorities towards the citizens. And this trust might be just a major reason why UBI would or would not be introduced on national levels. 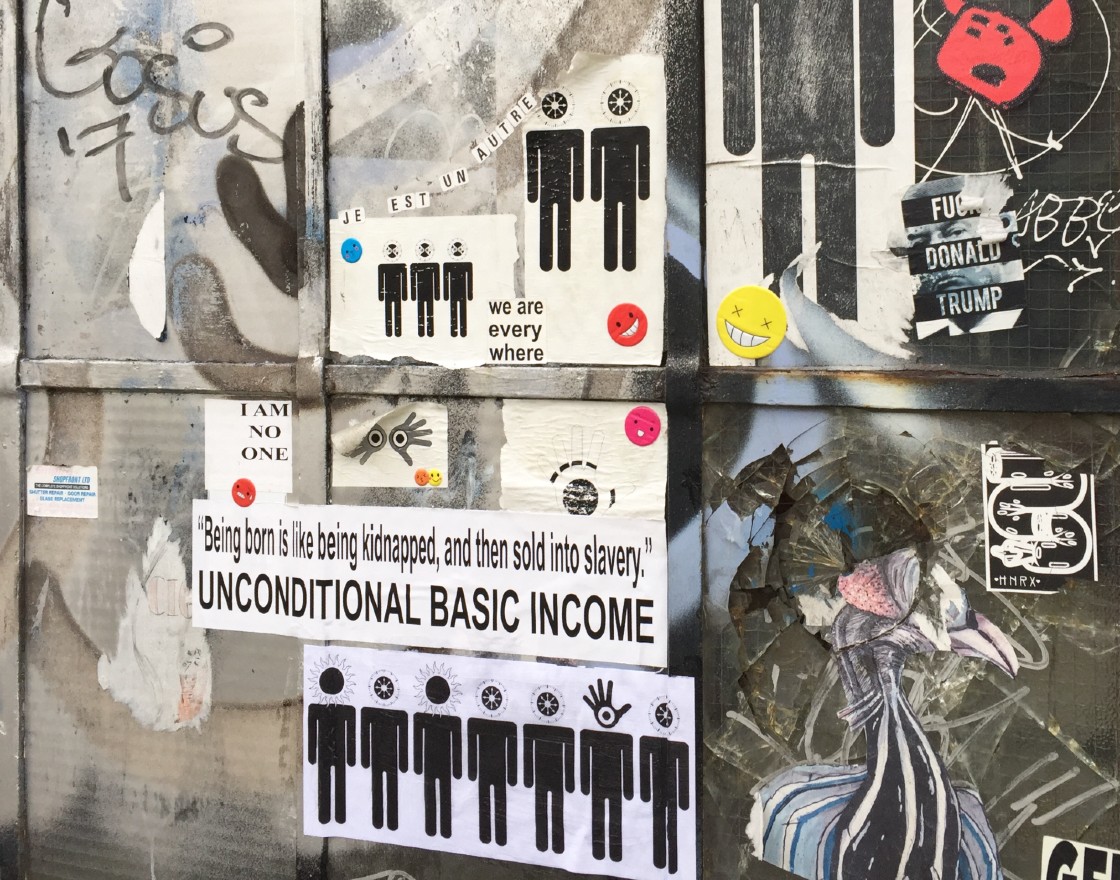