11.05.2020
The Baltic states have gradually started to exit the lockdowns they imposed in March 2020, in response to the coronavirus outbreak. Nonetheless, it is obvious that their economies, severely hit by the crisis, will face a long road to recovery. 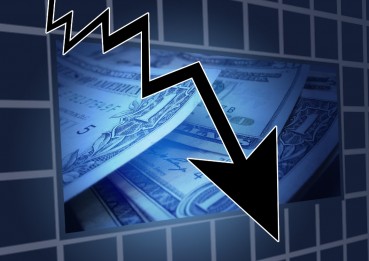 The International Monetary Fund (IMF) forecasts that Estonia’s GDP downturn will be less steep (7.5 per cent y/y) this year relative to the two neighboring states, Latvia and Lithuania. At the same time, Estonia will have a 7.9 per cent y/y growth in 2021, the multinational lender said in its report in April. Estonia’s finance ministry forecasts a 8 per cent y/y drop in the nation’s GDP in 2020.

The Estonian central bank believes that if the restrictions imposed due to the emergency situation are eased at the start of May, the Estonian economy could shrink by 6 per cent y/y. If the situation eases at the start of August, the country’s economy could shrink by 14 per cent y/y. The financial regulator calculates that each additional week of the restrictions will shrink the economy by 0.5 per cent.

Tallinn imposed a state of emergency in March, closing schools and universities, suspending sporting and cultural events, shutting state borders and cutting off international passenger traffic, including a ferry line with Sweden. The Estonian government extended the state of emergency on April 24th. At the same time, Tallinn has started to ease the quarantine measures as the number of newly registered coronavirus cases has stabilized at a relatively low level.

“Some restrictions will be removed earlier, and others will remain in force after the end of the emergency situation,” the nation’s PM Juri Ratas said the same day. “The first step was the restoration of planned treatment this week, and the next steps must be aimed at economic recovery in a reasonable and balanced way.”

In mid-April, the Estonian government adopted a set of measures aimed at providing support to businesses and residents hit by the crisis, including financial support to employers, loans and credit guarantees for companies, tax debt relief for entrepreneurs and a lowering of excise duties.

Tonu Mertsina, chief economist at Estonia’s unit of Swedbank, believes that the strength of the government’s package is in its foreseen support to the business sector and workers, via special institutions. Specifically, the Unemployment Insurance Fund will cover 70 per cent of the previous salary of those dismissed from work. “However, there are certain conditions for that and the support lasts only two months,” Mr. Mertsina tells Obserwator Finansowy. The Estonian government has stated that EUR250m will be directed to the Unemployment Insurance Fund in order to help maintain the income of employees during the emergency.

Mr. Mertsina also welcomes the cabinet’s intention to help enterprises to soften their liquidity problems through loan guarantees via the KredEx state agency. The government will channel EUR300m to the strategic investments of businesses via this institution, which was created in 2001 by the country’s Economy Ministry.

As of early April, the largest request for assistance has been filed to KredEx by the shipping company Tallink, which has been severely affected by the suspension of sea passenger traffic in the region, as well as the meltdown of the tourism sector. “However, some conditions [for support from KredEx] are too complicated,” Mr. Mertsina says.

In April, a scandal erupted over the Tallinn-headquartered taxi-hailing and courier Bolt, which has requested a direct EUR50m support loan from KredEx or a fixed-guarantee for a bank loan equal to 90-100 per cent of the full loan amount. Estonia’s Finance Minister Martin Helme reacted harshly. According to him, “a debt-laden sharing economy app” that “pays little taxes and has no fixed assets” meets neither of the government’s main criteria for financial support. “To put it simply, what matters is whether or not they employ a lot of people, generate sufficient added value end exports, and pay a considerable amount of tax,” he underlined.

Bolt founder Martin Villig has said in turn that Bolt paid EUR8m in labor taxes in 2019 and approximately EUR3m in the Q1’20. “This makes us one of the largest payers of labor tax in Estonia,” he added in a statement in April.

Meanwhile, Mr. Mertsina believes that the cabinet’s intention to lower excise taxes, especially diesel excise, is “an objective of a more dubious value, as the oil price has dropped anyway. The government’s support should have been targeted more effectively at the economic activities that were worse affected by the shock. However, a government top representative has said that this will be done in the next additional government budget, if needed. Another issue is the decision on whether to temporarily discontinue the government’s contributions to the mandatory funded pension scheme,” he added.

The temporary suspension of government contributions to the funded second pillar pension scheme will save the state budget EUR142m in 2020. “The state will be able to use these funds to support the economy throughout the crisis,” the nation’s Finance Ministry said in a statement in April.

According to IMF forecasts, neighboring Latvia will face the steepest GDP drop (8.6 per cent y/y) among the three Baltic states in 2020. However, the country should experience the fastest growth the following year (8.3 per cent y/y).

Despite this set of restrictions, the Latvian authorities allowed luxury goods stores, clothing stores and other retail outlets to trade on weekdays. Food and homeware stores, garden centers, pharmacies, pet stores and opticians were allowed to be open throughout the week. The cabinet also allowed cafés and restaurants to remain open on condition that their managements would impose strict measures of social distancing.

“Latvia managed to carry out timely and very liberal restrictions. Therefore, it is possible that the Latvian economy will be able to reduce the losses of the crisis more than others will. However, the return to normalcy will be slow and some restrictions will persist until the autumn and beyond,” he adds.

To offer aid, to beef up the state coffers

Mr. Gaspuitis believes that the Latvian government reacted quickly to the crisis, “which is very positive”. “Support for the economy is quickly adjusted and expanded. The downside is that the conditions of some programs are too strict, which limits their effectiveness,” he says.

Specifically, the ALTUM development finance agency will provide loan guarantees and loans for crisis solutions to businesses affected by the COVID-19 crisis. Interest rates on loans for small and medium enterprises in tourism and related sectors will be cut by 50 per cent and by 15 per cent for large companies.

In order to limit the economic impact of the state of emergency, the state will temporarily support employers in covering sick-leave payments, as well as employee salaries during idle time. Furthermore, it will be possible for businesses to defer tax payments for a period of up to three years, a government statement said.

In late March, the Latvian government announced a EUR150m support package for the state-controlled airline airBaltic, aimed at helping it to cope with the crisis. Meanwhile, the carrier said on April 28th that if the restriction measures are not extended after May 12th, airBaltic is ready to restart flights to 14 destinations the very next day.

In April, the Latvian government raised EUR1bn via a three-year Eurobond placement in order to strengthen the state coffers. The same month, Riga agreed a EUR500m loan with the Nordic Investment Bank (NIB) to finance additional governmental expenditures for the mitigation of the negative impact of the coronavirus pandemic.

A long road to normality

This year’s GDP drop in Lithuania, which in March imposed a stricter lockdown at the first stage of the crisis than Latvia and Estonia, could reach 8.1 per cent y/y, according to the IMF’s forecast. Next year, the country’s economy should grow by 8.2 per cent y/y.

“Early successful steps in health policy meant that sectors such as manufacturing were slightly less affected by the pandemic than in western European countries. Most of the damage will be concentrated in the second quarter; the economy is expected to shrink 5% this year before bouncing back in 2021,” Vytenis Simkus, senior analyst at Lithuania’s unit of Swedbank, wrote in a research note on April 30th.

In mid-April, the Lithuanian cabinet started to implement a multi-stage strategy for easing the coronavirus lockdown, allowing shopping centers, food and non-food markets, outdoor restaurants and cafes to restart trading. Some non-essential medical services and limited outdoor and indoor activities were also permitted to reopen.

Meanwhile, air travel from Lithuania will not resume before at least mid-May, according to the country’s PM, Saulius Skvernelis. May 10th-15th is the earliest when Lithuanian airports may start operating international flights again, he told journalists on April 28th.

“Likely, economic activity will pick up gradually throughout the second quarter as strict quarantine measures are lifted. However, it will take time for things to return to normal. Sectors that depend on foreign visitor flows and public events are unlikely to recover this year.” Mr. Simkus adds.

Swedbank’s senior analyst also believes that external sector performance is likely to suffer from the aftershocks of the crisis. “Demand in the main trading partners is likely to slump and, in the near-term, the manufacturing and transport sectors will face issues. High uncertainty will certainly weigh on investment activity, although public spending will compensate the shortfall somewhat,” he underlines.

The Lithuanian government has drafted a support program for the nation’s economy and employees amounting to EUR5bn, equal to 10 per cent of the country’s GDP.

Specifically, EUR500m will be earmarked “to ensure necessary resources for the efficient operation of health and public security systems”, and the same amount will be spent to protect jobs and personal income in all sectors. The government is also going to increase the guarantee limit for the state Agricultural Credit Guarantee Fund and the INVEGA government credit agency by EUR500m in total.

In addition, the cabinet has recommended the central bank to increase the lending potential of banks by EUR2.5bn via the reduction of capital adequacy requirements for credit institutions, the reduction of liquidity reserves, and the easing of other supervisory measures.

Mr. Gaspuitis tells Obserwator Finansowy that the outlook of the global economy and of the Eurozone appear worse than during the global financial crisis. “However, for the Baltic states, this crisis could be less deep than it was ten years ago, although that may be scant consolation,” he believes.

“The economies of the Baltic states have become more competitive and resilient over the past decade; household savings have risen, and there are no imbalances that were a major cause of severity of the previous crisis. In addition, these countries are members of the euro area which is a very important factor; currency risks are gone and governments are actively taking action to provide support to both businesses and households,” he adds. 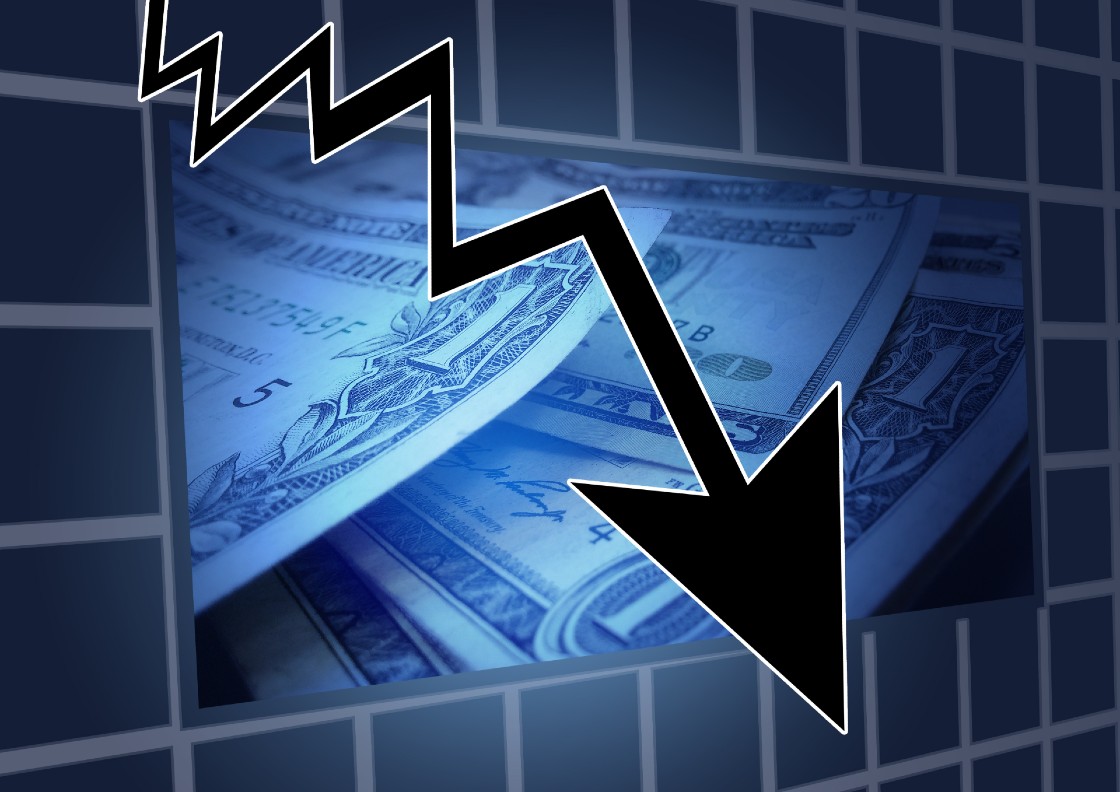