Who is in charge of macroprudential policy in the EU?

30.01.2020
The global financial crisis was the catalyst for regulatory change in several areas of financial system. One of the reforms was to introduce macroprudential policy as necessarily complementing the existing microprudential supervision. 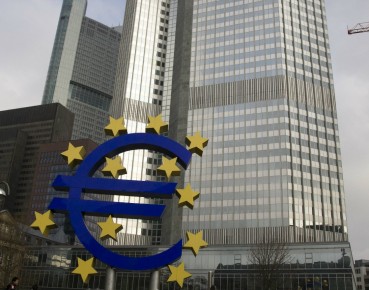 Once José Viñals, when he worked for IMF, said that it is necessary to see both the forest (the financial system) and the trees (individual financial institutions). Macroprudential policy is just designed to taking a bird’s eye view of the financial system to be able to identify systemic risk in time. 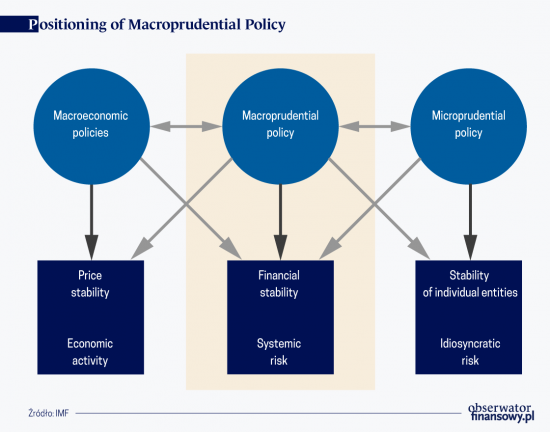 Macroprudential policy is of a precautionary nature, as it uses various instruments to strengthen the financial system or reduce the likelihood of a financial crisis.

The European Central Bank (ECB) is a second-level body which applies to countries participating in the banking union only. The ECB has performed a supervisory function since 2014, and has also competence in the area of macroprudential policy under the Single Supervisory Mechanism (SSM). Not only is the ECB notified in advance of any macroprudential instruments to be implemented at the national level, but it can also tighten the macroprudential capital requirements set by a national authority.

Who is supposed to play a leading role?

A number of arguments were put forward in this regard, i.e. existing tasks of the central bank in the area of financial stability, its high degree of independence and credibility, the interaction with monetary policy and also an appropriate analytical background and highly-skilled staff.

At the current juncture it is possible to say that macroprudential authorities were established in all the UE Member States (except Italy), where work on designating an authority entrusted with the conduct of macroprudential policy has not been completed.

A central bank or a committee?

Most the UE Member States decided to entrust the function of a macroprudential authority to central banks (12) or to establish a collegial body, i.e. a board or a macroprudential committee (13), composed of high-level representatives of major institutions of the financial safety net, i.e. the central bank, supervisory authority or authorities and the Ministry of Finance. This model is in place in Poland, where the Financial Stability Committee, chaired by the central bank’s Governor, is responsible for shaping Poland’s macroprudential policy. 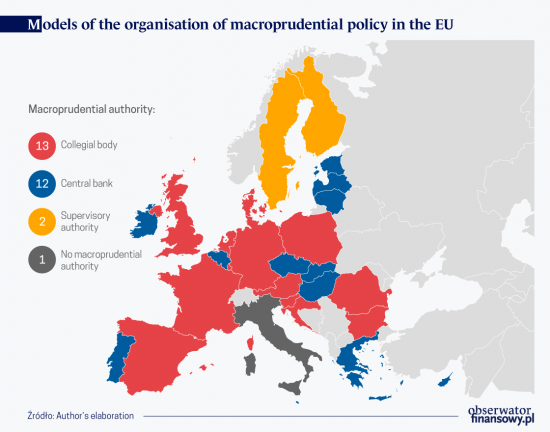 Has the recommendation which grants the central bank a leading role in the macroprudential policy been implemented? In order to answer that question, one has to take a closer look at the rules governing the functioning of collegial bodies. An in-depth analysis of this structure leads to the following conclusions.

However, it needs to be made clear that collegial macroprudential bodies have a major weakness, as they have no competence to issue binding decisions. They mostly issue recommendations or warnings addressed to specific entities. Thus, they have no direct influence on the application of macroprudential instruments.

In view of the above, it seems that what matters most is a smooth cooperation of all institutions represented in the collegial body to ensure that its recommendations are fully implemented. 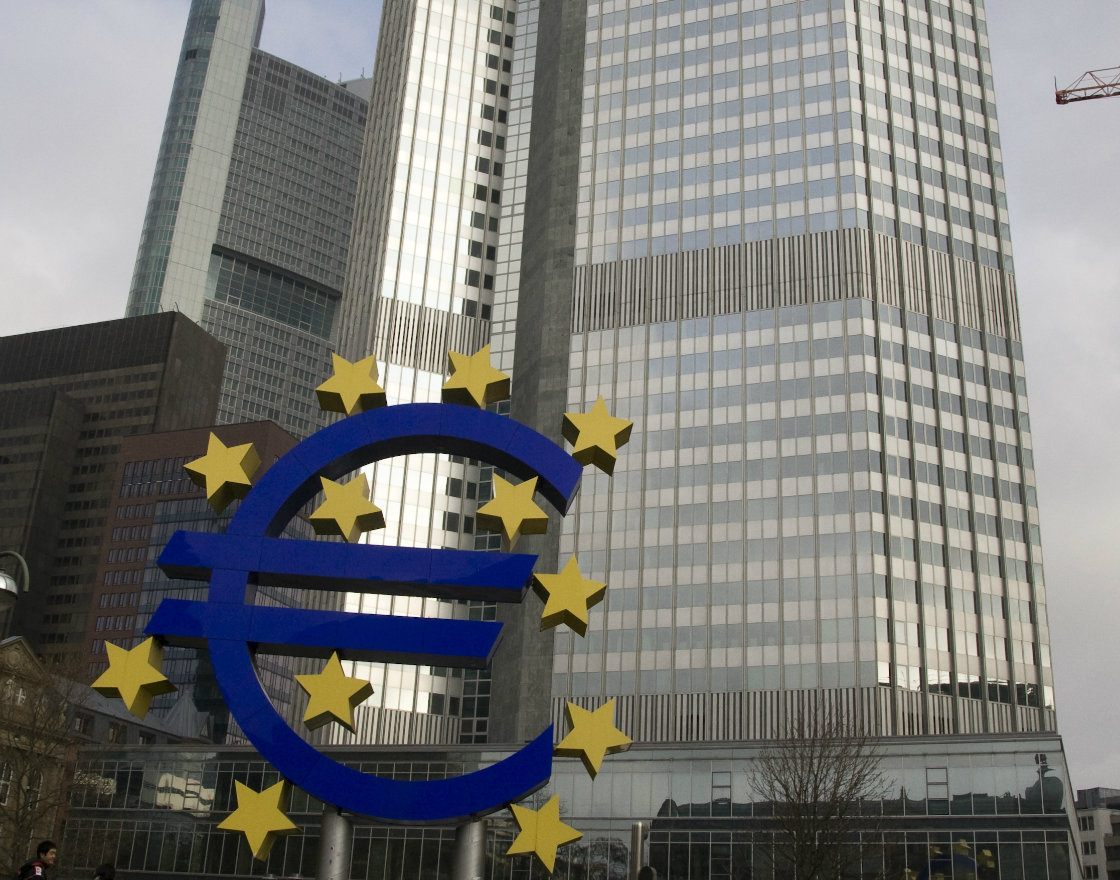 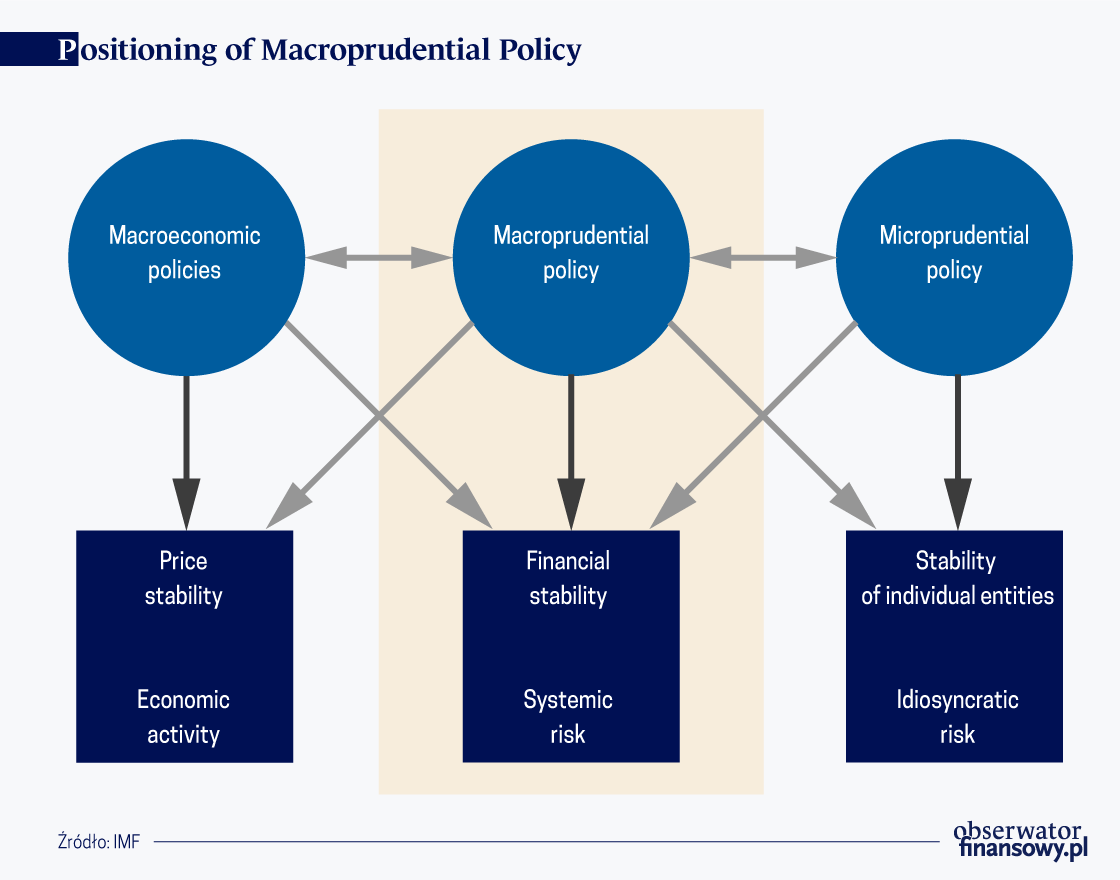 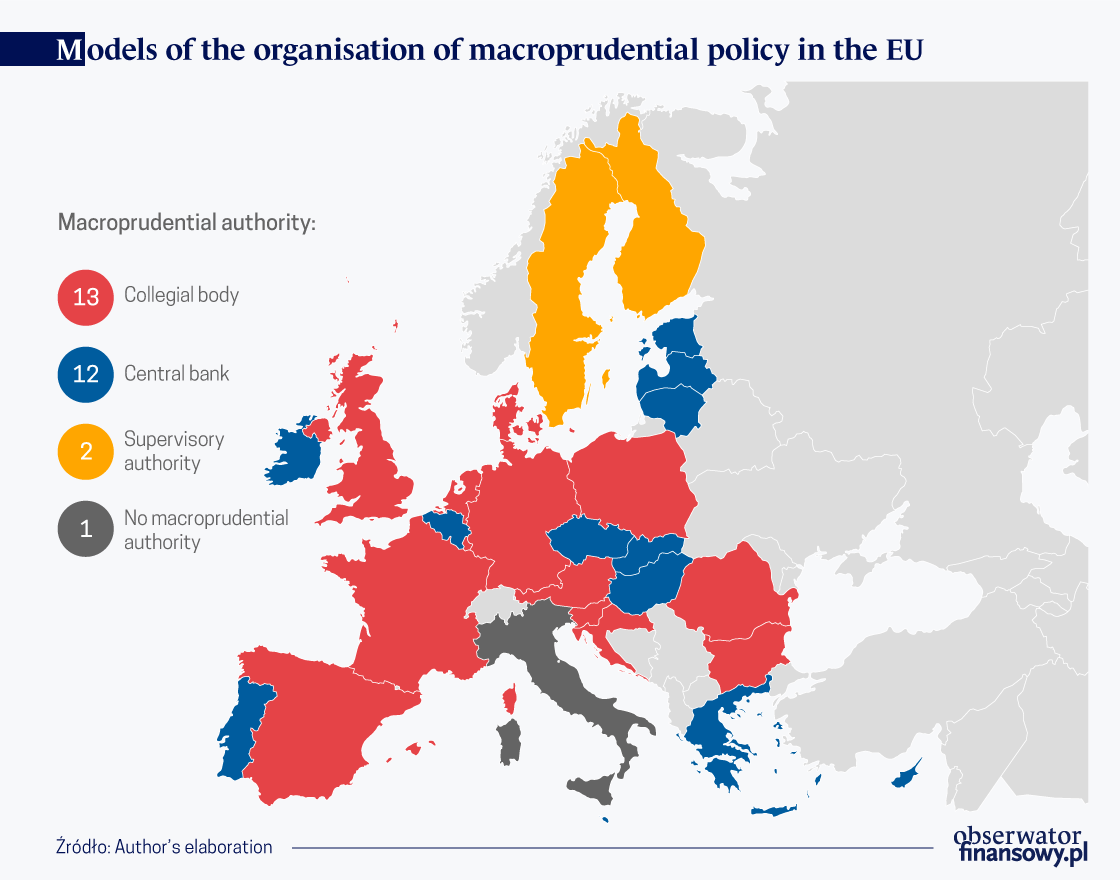