Inflation impact of global oil prices for CSE in Q1’2017

Global oil prices have been partly behind the disinflation trend in CEE since late 2014. Hungary, Poland and Romania are among countries with relatively strong inflation impact of rising fuel prices.

Oil prices have not yet reverted to their levels before the downward trend but the recent increase will still suggest the risk of a significant inflation impact in Q1’2017 due to the low base effect. CEE Market Watch looked at the main CSE countries and tried to quantify this impact on gasoline and diesel prices under certain assumptions. It aggregated the effect to arrive at a measure of fuel prices comparable to the respective component of the CPI basket and found that the impact will be noticeable in all cases and even very high in some of the countries, especially Hungary.

The inflation impact is mostly transmitted through the recent hike in global oil prices whereas exchange rates will have a limited role behind the estimated fuel price increase with the exception of Turkey. In general, a monetary policy reaction to the prospective fuel price increase should not be expected, given that central banks tend not to react to initial cost shocks. Moreover, the current monetary policy stance in the CSE countries should already incorporate some expectations on a partial reversal of the low fuel price trend.

CEE Market Watch calculations are based on the IMF’s latest projection for a 2.7 per cent q/q hike in the global oil prices in Q1’2017. It also assumed basically unchanged exchange rates over the period, as well as unchanged taxation of fuels. The latter might be a somewhat restrictive assumption, given approved excise tax hikes in some of the monitored countries but it is difficult to estimate the impact of the tax changes on the fuel prices at this stage. CEE Market Watch also assumed unchanged margins of fuel traders and considered this as more or less appropriate, given the stable relation between same-currency fuel and global oil price indices in most countries in the recent months. 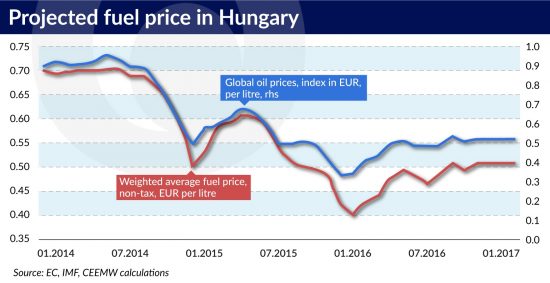 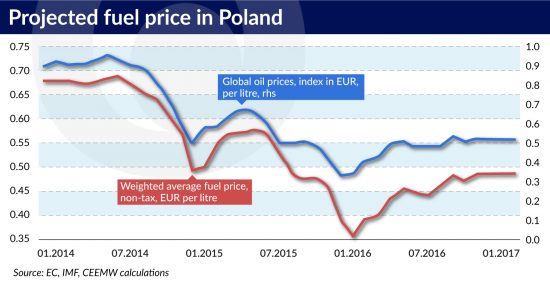 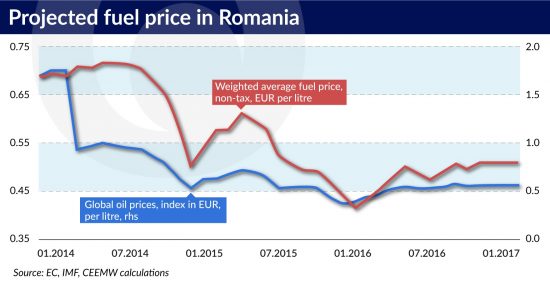 The results show that Hungary will be the most affected from the recent increase in global oil prices. This will be partly because of the relatively high share of fuels in Hungary’s consumer basket. A slight y/y weakening of the HUF exchange rate against the USD also exacerbates the effect of the global oil price increase. Other countries with relatively strong inflation impact expected for Q1’2017 include Poland, Romania and Turkey. Turkey is somewhat different in this respect compared to the other countries in the sample in the sense that the expected fuel price contribution to CPI is driven also by the sharp TRY depreciation. Turkey would have easily been the country most affected by the fuel price increase if not for the very low share of gasoline and diesel in the CPI. This should be due to the relatively wide-spread use of motor gas as vehicle fuel, in our view. In such a case, a word of caution is necessary for Turkey that the actual impact on inflation might be higher since the price of motor gas is very likely to be also similarly influenced by the increase of global oil prices.

Bulgaria is on the other side of the spectrum with relatively low estimated impact from the global oil price hike. In the case of Bulgaria the low impact stems partly from the fixed exchange rate to the EUR. The relatively low tax content of the fuel price in Bulgaria should be the most important factor, however, since the higher tax share in the fuel price amplifies the effect from the global oil price increase on the final price in the case of the other countries. 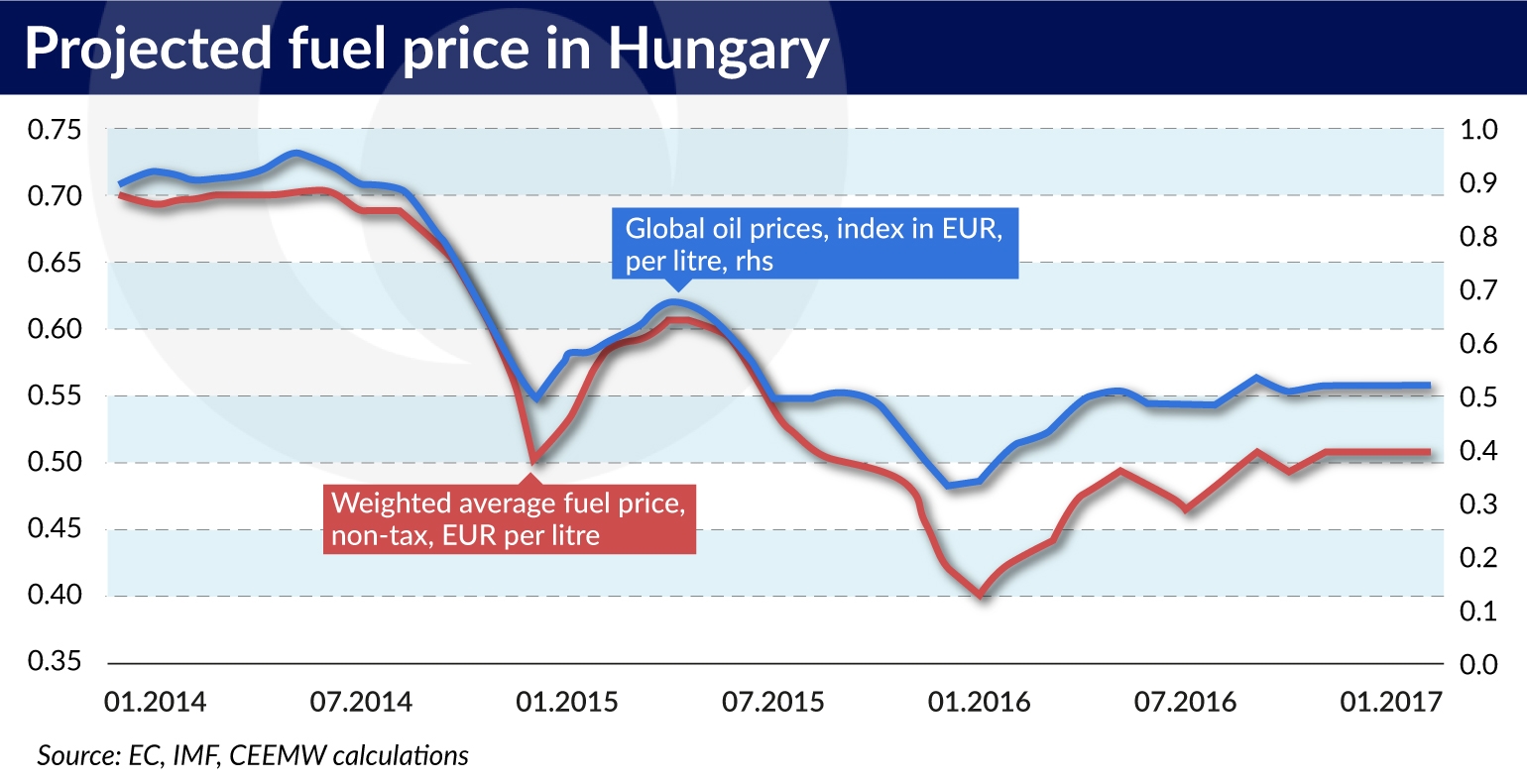 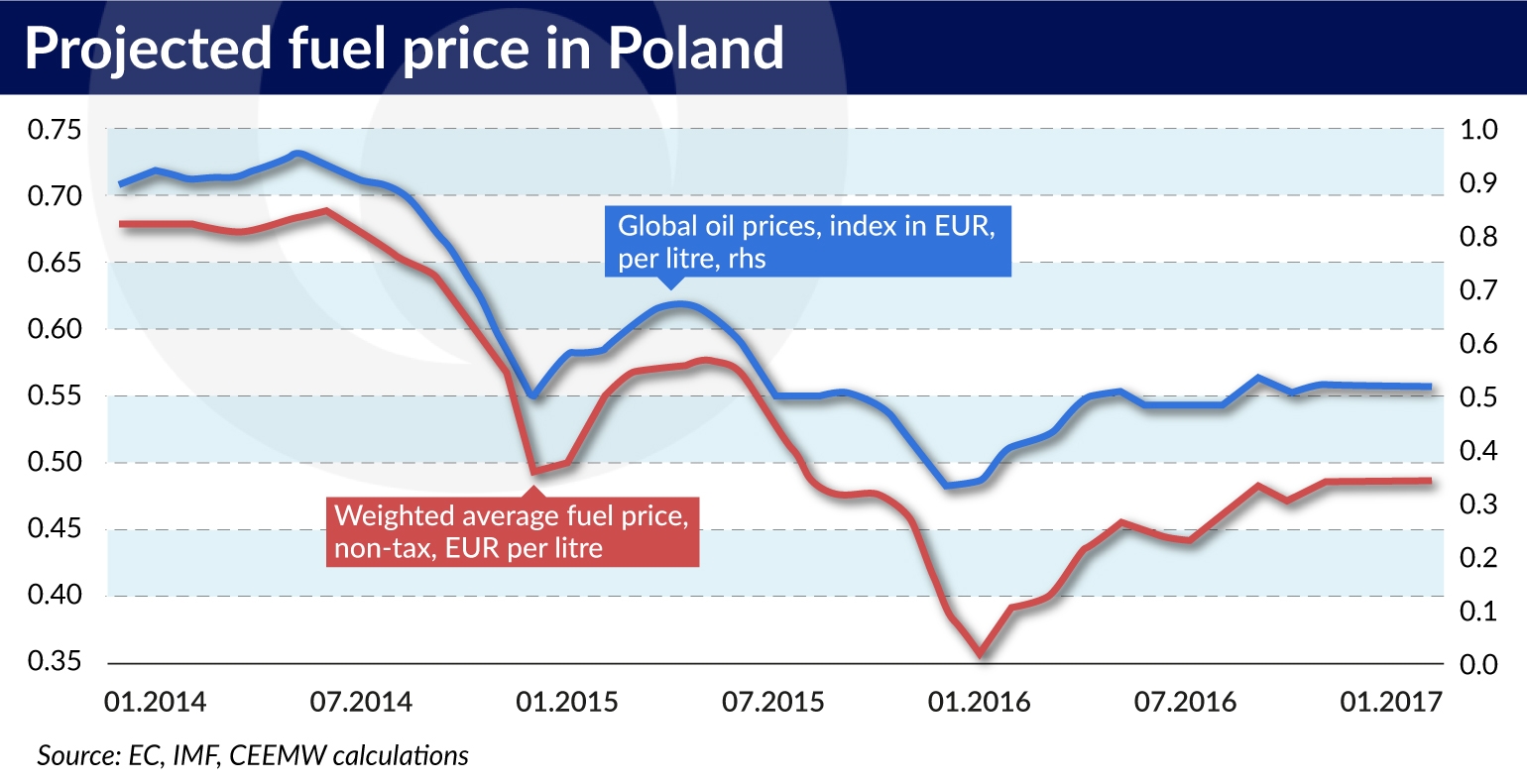 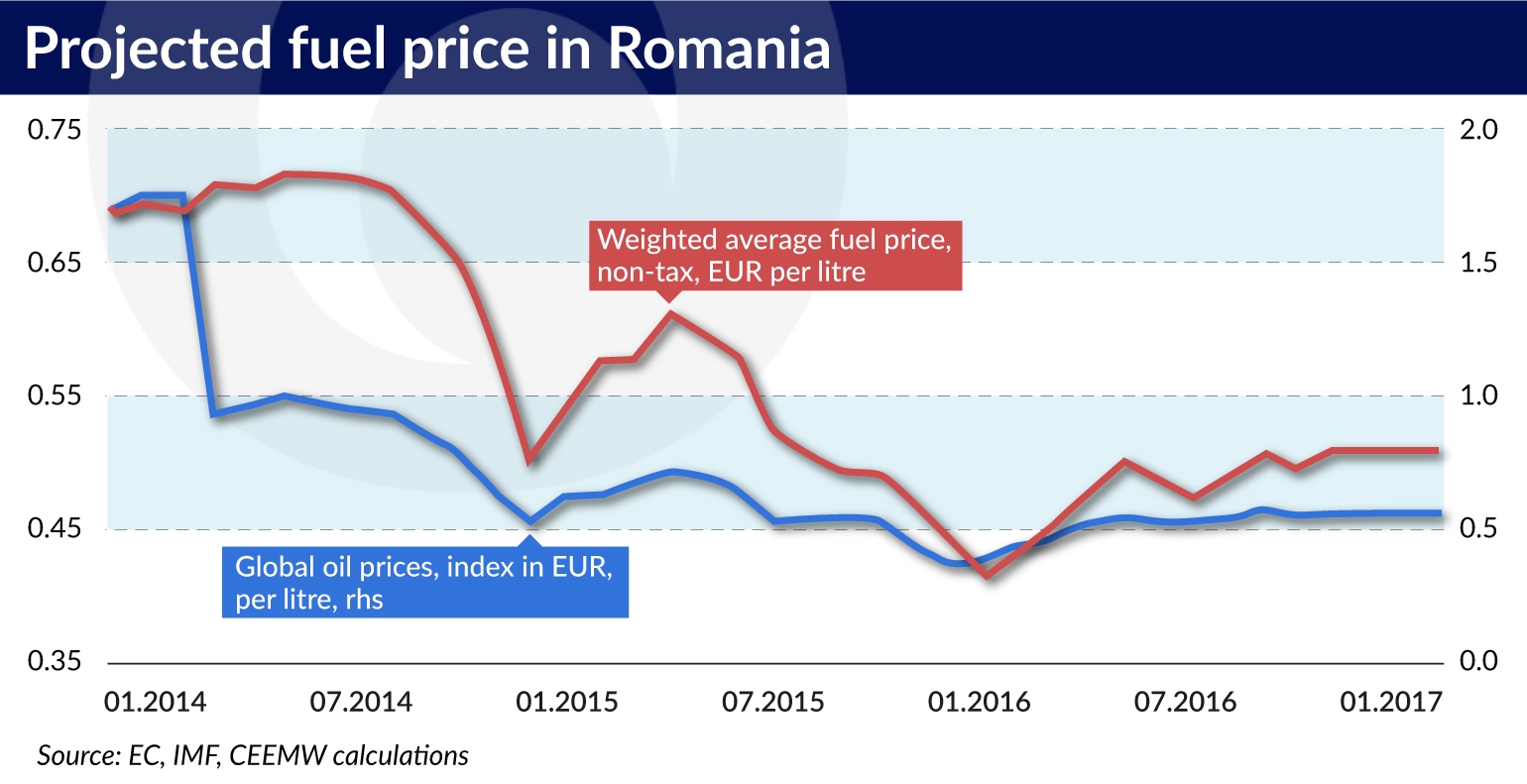