20.11.2020
The increasing occurrences of weather anomalies make it necessary to introduce solutions that will reduce the damage caused by extreme climate events, which are hitting agriculture particularly hard. Without them, it is only possible to patch holes and not to solve the problem. 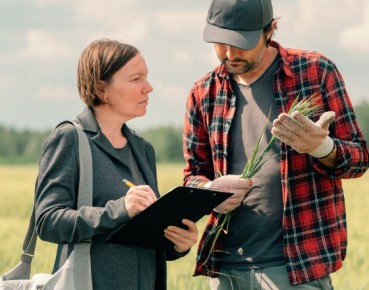 In 2020, there was the drought, and then it was followed by storms and floods. The situation seems to be getting worse with each passing year. This brings severe consequences for the people living in the areas affected by the floods, as well as farmers, whose crops are being destroyed by the extreme weather events.

Flooded houses, torn-off roofs, damaged power lines, and above all, agricultural losses, are becoming an increasingly serious problem. And insurance alone is not enough to protect people against the financial consequences of extreme weather. Comprehensive solutions are needed.

Insurance is not enough

The insurance industry expects the risk of drought to materialize once again next year. The negative consequences of droughts for the agriculture sector and for food production have been discussed for quite some time now. Moreover, the increasing frequency of summer storms does not necessarily prevent the occurrence of droughts.

While people can insure themselves against flooding (unless the buildings are located on flood plains), it is not easy to take out an insurance against drought, even though such insurance policies are theoretically available on the market. In many areas, droughts are almost certain to occur, and people can only take out insurance against phenomena whose occurrence is not certain.

“Farmers have been affected in the initial phase of the growing season. Many spring crops failed to germinate. But the chances of insuring against the risk of drought are not very high. Some insurers do not even have insurance policies against this risk in their offer, and others don’t want to offer such insurance policies without subsidies from the state budget. In turn, without state subsidies taking out an insurance against the risk of drought is excessively costly for most farmers,” says Anna Zalewska, Head of the Property Insurance Department at Willis Towers Watson.

Insurance companies do not provide detailed statistics, but no more than a few thousand such policies are taken out nationwide. From the point of view of insurance institutions, a drought is a very costly event, because if it does happen, then it isn’t limited to a single location, but typically covers large areas, and the resulting damage is enormous. Because of that such insurance policies are expensive, even if are subsided by the state.

Farmers are being acutely affected by the lack of funding for the compulsory insurance of agricultural crops and livestock. In 2020, they complained that the state subsidies ran out too quickly. Many of them opted out of purchasing such insurance policies. This means that in the event of any losses caused by weather anomalies they will not receive the disaster assistance funds, which are only granted to farmers who insured at least 50 per cent of their crops.

“Along with climate change, which brings additional risks, such as inundation, flooding, hailstorms, or spring frosts, we are seeing an increasing awareness of the crucial role of insurance in protecting agricultural activity. However, in accordance with the principle that insurance can only cover unforeseen and uncertain events, there is a growing difficulty in obtaining insurance coverage against the risk of foreseeable events, such as droughts, and their consequences,” explains Anna Zalewska.

Insurance companies are searching for alternative solutions that could provide an answer to the new challenges associated with climate change. One example are the so-called parametric insurance policies. Such insurance provides protection strictly tailored to the needs of a given customer, based on a specific parameter, such as the occurrence of a pandemic or an atmospheric factor, i.a. the amount of rainfall.

Joanna Suszczyk, Leader of the Alternative Risk Transfer Team at Willis Towers Watson, explains that taking into account the rainfall it is assumed, for example, that if the amount of rainfall in a given year is lower than a given value stipulated in the contract, then the insurance company will pay out a compensation, which is determined in the insurance contract. Such insurance policies can be concluded for each individual season. In the case of this kind of protection, we are not dealing with the traditional adjustment of losses. Instead, the payment of the insurance amount is triggered following verification that the given parameter level was reached. The most frequently offered insurance policies of this sort relate to weather parameters such as temperature, amount of precipitation, and wind power.

Farmers themselves would like to see some changes in the agricultural insurance system. At present, Poland provides a 65 per cent subsidy for the cost of insurance policies, but it also additionally subsidizes the payout of the compensation for the losses caused by drought, frost, and storms.

Wiktor Szmulewicz, President of the National Council of Agricultural Chambers, believes that it would be better to have a universal insurance scheme, in which the state budget would provide subsidies for farmers taking out the insurance policies, but the insurance companies would pay out the full compensation resulting from the insurance amount and the incurred losses.

The current system of agricultural insurance and compensation payments does not encourage farmers to insure their crops and livestock. It is inefficient, despite the fact that both the subsidies for the insurance policies and the assistance provided after droughts cost enormous amounts of money. In 2018, these costs amounted to PLN2bn (approx. EUR 443m).

One possible solution that has been discussed is to take out insurance policies against the risk of lost profits, regardless of the cause of these losses. It is not always the drought or the storm that is the direct cause of a decline in profits. In such a case, the very fact that a farmer’s profits decreased would be enough to trigger the payment of the compensation, regardless of the actual cause.

It is better to prevent than to cure

Insurers have long emphasized the importance of prevention, that is, the development of water retention infrastructure, practices improving soil properties, and increasing the amount of green areas. In its 2018, report entitled “Climate of risk”, the Polish Chamber of Insurance indicated that due to the lack of risk management strategies and the lack of proper urban development planning the effects of weather events were becoming increasingly severe. As a result of global warming the number of unfavorable weather phenomena is growing, and they are becoming increasingly violent.

“Their character is changing. In Poland the floods in 1997 and in 2010 were caused by the overflowing of rivers. Meanwhile, during this year’s inundations we were dealing with so-called flash floods. They were not caused by rivers overtopping their banks but by heavy rainfall, during which the excess water could not be drained quick enough. This is closely linked to poor urban development planning. For example, high-density housing structures that are built along slopes act as a dam and during heavy rainfall they cause instant inundation,” says Rafał Mańkowski, an expert analyst at the Polish Chamber of Insurance.

It is therefore crucial to develop an appropriate climate risk management strategy and to pay greater attention to spatial planning. Otherwise, we will be increasingly frequently seeing not only traditional floods, but also flash floods, including so-called urban flooding, which is the result of overly dense and poorly planned urban development.

In order to limit the consequences of droughts, we have to go back to the cultivation of crop species more resistant to rainfall shortages. Experts have long been pointing to the necessity of changing Polish approach to water management, which would involve a number of activities: increasing the number of trees, maintaining woodlots and buffer strips, building water retention systems, using irrigation installations, and utilizing satellite monitoring technology.

The state has an important role to play in coordinating such a systemic effort, which would involve the participation of scientists, farmers, and the insurance companies. Without a comprehensive approach to this topic, it is only possible to patch holes, and not to solve the problem of losses caused by weather anomalies. 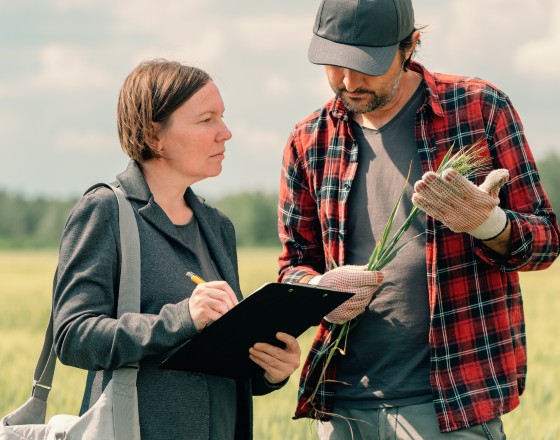 Category: Financial markets 05.05.2020
It’s time to learn about a unique type of bonds — so-called "cat bonds". But these are not “pussycat” bonds for the benefit of cats. This time the cat is not some kind of tabby — it is an abbreviation for catastrophe. Recently, disaster protection bonds have also started to cover pandemic risk. 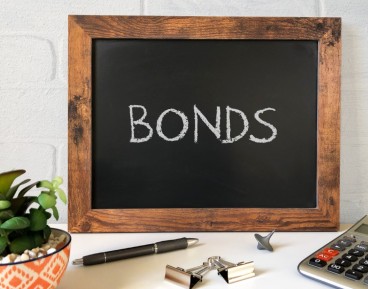