Mortgages not equally cheap across the EU

Sharp interest rate cuts by the European Central Bank resulted in a substantial drop in the prices of mortgage loans in the euro area. However, their interest rates differ significantly across Eurozone countries.

Since the creation of the monetary union, interest rates in the Eurozone countries used to be at a similar level. At the end of 2007 the differences between individual countries did not exceed 1 percentage point. The situation changed dramatically with the onset of the financial crisis.

Currently, the cheapest mortgages are in Finland and France – the average interest rate of the newly concluded mortgage loan agreements in May reached in these countries 1.04 percentage point and 1.59 percentage point respectively. At the opposite extreme are countries which in the last decade experienced strong speculative bubbles in the residential property market – Greece (3.92 pct.) and Ireland (3.20 pct.).

In the recent years Poland’s central bank, NBP, following the measures adopted by central banks in highly industrialized countries, also dynamically reduced the cost of money. As compared to the Eurozone countries, home purchase financing in Poland is quite expensive. The average interest rate of residential mortgage loans in PLN reaches 4.5 per cent , in EUR – 4.2 per cent. This is two times more than in most countries of our region which decided to adopt the common currency.

This argument seems to speak explicitly in favor of our country’s accession to the monetary union. However, cheaper loans usually mean higher prices. While housing prices in Poland have remained virtually unchanged since 2010, in the same period they have risen by a dozen or so per cent in Slovakia, and nearly 70 per cent in Estonia. 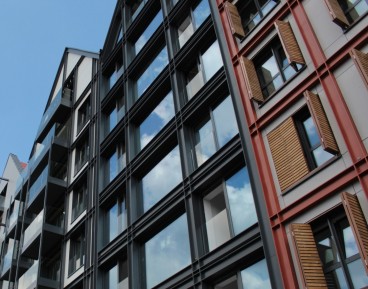