01.10.2019
The Ukrainian chernozem (“black soil”) resources, which are among the largest in the world, have long attracted the attention of various domestic and foreign entities. Chernozem is the most fertile soil. 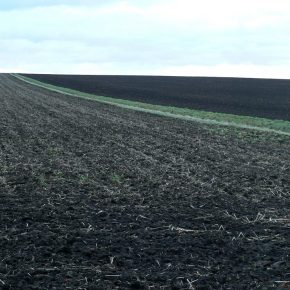 According to estimates presented by the World Bank, the value added obtained from one hectare of land in Ukraine is just USD413, while it is USD1,142 in Poland, USD1,507 in Germany, and USD2,444 in France. At the same time, the quality of Ukrainian chernozem soils and the potential opportunities associated with these lands are much greater than in the case of agricultural land in the West. The World Bank believes that this is associated with the lack of an agricultural land market in Ukraine. The bank argues that if the land market was opened, the Ukrainian economy would receive an additional development impulse and an additional 1.6 per cent of GDP growth per year.

“There are 33 million hectares of agricultural land in Ukraine. These are the second largest land resources in Europe. And one-third of these resources are very good, fertile soils. But the efficiency of agriculture in Ukraine is low. Ukraine must open its land market. Once that is done, the situation will improve in many sectors,” argued a World Bank representative in late May during the Ukrainian Port Forum 2019 in Odessa.

Today the giant agricultural holdings which are leasing hundreds of thousands of hectares of agricultural land account for most of the agricultural production in Ukraine. They are often listed on European stock exchanges and have no problem with access to capital or modern technology. They are also the first in line among entities willing to purchase more farming land. However, since they are not using the land in a particularly efficient manner at present, it is difficult to expect that the situation will suddenly change once the leased land becomes their property.

Will the free market lead to the concentration of land ownership?

There are four ideas concerning the agricultural land market. The first ones provides for a gradual liberalization of the market. During the first three years only natural persons would be allowed to purchase land. Individual farmers could own a maximum of 20 hectares, while larger farms would be subject to a limit of 200 hectares. During the next four years, land could be bought by Ukrainian legal entities, as long as at least 75 per cent of their revenues are derived from agriculture and they had been operating in this sector of the economy for at least three years. The maximum area of the land holdings could reach 500 hectares. After the first seven years, the permitted total area of land owned by legal entities could be increased to 20,000 hectares. Such a solution would mean that the market would be closed for new entities and the land resources would be divided between the existing players, while the ability of family farms to purchase land would be radically limited. Combined with the ability of one owner to exercise control over many companies, this would increase the risk of the concentration of agricultural land in the hands of agricultural holdings.

In the second of the proposed options, the agricultural land market would be opened simultaneously to natural and legal persons, wherein both groups would be permitted to acquire a maximum of 200 hectares of agricultural land.

The third option is the simultaneous opening of the market for natural and legal persons, with a purchase limit of 200 hectares for the former and 500 hectares for the latter. Starting from the fourth year, companies would be allowed to acquire up to 20,000 hectares of land. In all three variants an individual citizen could only own one farm.

The fourth option provides for a one-off opening of the land market without any restrictions on the land surface area — the upper limit of the owned agricultural land would only be subject to antitrust regulations. In this option, one natural person could own multiples farms.

Three out of the four variants presented include different land area limits for individual farmers.

The lack of a market protects the citizens against lawlessness

According to official data, the situation in Ukraine is already very unfavorable when it comes to the concentration of agricultural land. Land ownership in is very highly concentrated — the 100 largest companies control a total of 6.6 million hectares, or 15.5 per cent of all agricultural land. While there are 10.5 million people running farms among the 500 million citizens of the European Union, there are only 46 thousand farmers in Ukraine, which has a population of 39 million. As a result, in Ukraine there is one farm for every 850 people, while in the EU there is one for every 48 people.

There is one other major problem with the land market in Ukraine — paradoxically, the lack of such a market is currently the best guarantee of property protection for millions of Ukrainian owners of agricultural land.

The successive reforms of the state register system have led to a situation in which in Ukraine there is no land and mortgage registers guaranteed and secured by the state. The right to introduce changes in real estate registers was given to registrars conducting business activity. These entities do not bear any real responsibility for the introduced changes, which resulted in mass-scale fraud. The sense of impunity is so great that last year a registrar transferred the right to use the Pochayiv Lavra in the Ternopil Oblast — one of the largest and most important religious complexes of the Orthodox religion in Ukraine — to a church subordinated to Moscow. All this happened behind the back of the Ministry of Culture, which is the rightful owner of the complex.

The Ukrainian Prosecutor-General Yuriy Lutsenko listed the falsification of registers and the resulting seizure of citizens’ property as one of the three most serious phenomena faced by the Ukrainian justice system.

The possible opening of the market would further damage the position of the land owners. Today other entities can be entered into the registers as the lessees of the land without the owner’s consent, but at least they still retain its ownership. After the changes are introduced, criminals will be able to completely deprive the land owners of their property.

As a way to solve the problem, World Bank experts have proposed that owners should be informed about any changes made in the registers by SMS notifications. However, this proposal does not take into account the local circumstances. Firstly, a significant proportion of agricultural property owners are elderly people who do not use cell phones because they often cannot afford them. Moreover, significant areas of the Ukrainian countryside still have very poor or non-existent mobile network coverage. In this situation, such a proposal is somewhat detached from reality. In addition, it would be difficult to find support in the West for a solution in which the state relieves itself from the obligation to guarantee the reliability of land and mortgage registers, but instead offers text messages with the information that someone is making changes in real estate registers behind the owner’s back. Moreover, it is difficult to understand why the Ukrainian people themselves should accept such an arrangement.

Support for farmers instead of a land market?

Some experts are pointing out that today the issue of the agricultural land market has been dominated by Ukraine’s short-term financial problems and the interests of a narrow group of owners of agricultural holdings. Meanwhile, what has been completely ignored in this discussion is the future fate of the 7 million rural inhabitants, who would be left without a livelihood after they let go of their land, either voluntarily or involuntarily.

After the collapse of the Soviet Union and the subsequent land reform, which transferred ownership to the former employees of the collective farms managed by the state (sovkhoz) or groups of villagers (kolkhoz), the authorities lost all interest in the process of development of economic relations in the countryside. The state also did not promote the establishment of family farms and failed to launch a system of loans for those willing to set up and run such farms.

According to the agricultural expert Roman Golovin, as a result of these failed opportunities, the Ukrainian agricultural sector is dominated by the least efficient model possible — one in which the official owners lease out their lands to the giant agricultural holdings.

At the time of the land reform, the new owners of the land were not prepared to cultivate it on their own. As a result, they were forced to sign land lease contracts with the emerging agricultural holdings. Such contracts were frequently concluded by all the residents of a given village. At the same time, the newly enfranchised land owners were forced to sell cheaply the agricultural machines and the remaining property of the liquidated collective farms. They were hoping that the new owners would replace the state as the organizers of agricultural production and that they would continue to work as agricultural workers. However, nothing of this sort has taken place. The people previously working on the collective farms were left to fend for themselves. Deprived of employment and their work tools, they were forced to subsist on meagre incomes from the lease of their land. Today, millions of people from the Ukrainian countryside are living without any prospects for the future, in tiny villages scattered across the country. These settlements often only have several thousand inhabitants and are cut off from the outside world.

The residents of the degraded regions are, at least in theory, still the owners of the land. State support in the form of agricultural consultancy and loans for farm development could lead to the emergence of a network of family farms. However, if trade in agricultural land is permitted, then the landowners, left on their own, will definitely sell their land, further aggravating the current social catastrophe.

According to Roman Golovin, the consequences of this process would be disastrous and could take a form similar to the 1917 revolution in Russia. The only way to get out of this dire situation is not through the heavily pushed opening of the market, but through the restoration of family farms, which would have to be carried out with the active support of the state. These farms could then replace the currently dominant huge agricultural holdings. Golovin believes that this is the only way to solve the existing social problems and to provide a positive stimulus to growth for the entire Ukrainian economy, fuelled by the consumer demand of the millions of farmers working on their own land. 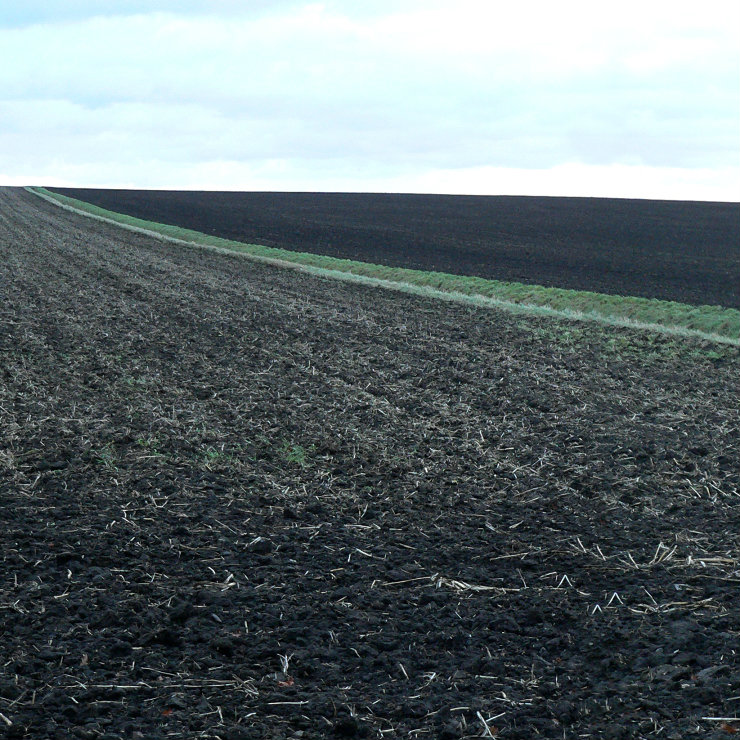