18.07.2016
The Ukrainian crisis has shown that energy security in Central and Eastern Europe, particularly as regards the supply of natural gas, is not at all as certain as it seemed until recently. 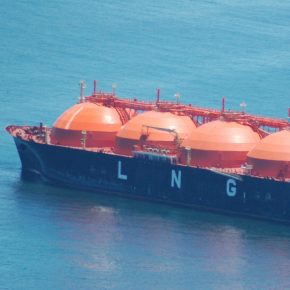 The problem has also started to be noticed among experts, and the best proof of this is the latest report of the Center for European Policy Analysis CEPA.

“Since their accession to the European Union, the CEE countries have repeatedly warned of Russia’s threat to their own energy security, prompting EU support during the gas crises of 2006 and 2009. Russia’s 2014 annexation of Crimea and invasion of eastern Ukraine removed any lingering doubts; its cutting of gas supplies to CEE, coal blackmail and black PR—not to mention the military occupation of Ukrainian territory and Russian nationalization of key elements of Ukraine’s energy industry—confirmed the worst-case fears of excessive dependence on Russian energy resources. Russian President Vladimir Putin has clearly demonstrated one of the worst facets of energy dependence in Ukraine, proving that energy is only another tool for achieving hard power,” wrote authors of the document.

Another thing is that this is hardly a surprising discovery. The use of energy supplies as an element in the foreign policy was described in detail as early as 2005 by the lecturer of the Moscow State Institute of International Relations (MGIMO) Stanislav Zhiznin in his paper “Russian energy diplomacy” and was reflected in the doctrine of Russian foreign policy approved in February 2013, a year before the annexation of Crimea and the war in the Donbas.

“Russia is attempting to enter a globalized world by using energy as its main argument. That is, by using it in the global economy as well as global politics,” Mikhail Leontyev, vice-president of the state-owned oil company Rosneft, commented the Kremlin’s position already several years ago.

Meanwhile, what even the Kremlin does not try to conceal still barely gets through to the leaders of the West. As the authors of the CEPA report note, Russia needs to present its political interests as actions motivated economically, and it does this so effectively that it has succeeded in dividing the leaders of the countries of Europe. At a time when the CEE states speak about Russia politically exploiting energy, many Western European governments and western energy companies attempt to present Moscow as a credible partner with a good reputation. In the long term such a situation is unacceptable and requires change, argue the authors of the CEPA report.

According to CEPA analysts, Russia’s main weapon in the struggle to subjugate Central and Eastern Europe will be the supply of natural gas. This is the weakest link in the energy relations between the EU and Moscow, which currently accounts for over 30 per cent of the EU’s gas imports.

Fortunately, in other energy sectors the situation is better. Even taking into account that Russia is a major supplier of oil to the European markets (it has a 30 per cent share of this market, and in the case of Bulgaria, the Czech Republic, Finland, Hungary, Lithuania, Poland and Slovakia it even reaches up to 75 per cent), such factors as the structure of the market and the rules in place in these markets limit the possibilities for Russia to abuse its dominant position. It is a similar situation in the case of the supply of Russian coal, for which the countries of Europe could easily find a replacement, both on the world markets and within the region. European nuclear power also plays a protective role against Moscow’s energy attacks, despite the fact that Russia supplies fuel to the WWER type reactors designed in the USSR and in service on the territory of the CEE states.

The situation with Russia’s use of natural gas as a tool of foreign policy is complicated for CEE countries by the fact that Russia’s main customers are France, Germany, Italy and Great Britain, namely the countries beyond the region, which have completely different geopolitical interests. At the same time, the CEE countries are to a much greater extent dependent on Russian supplies. For example, Estonia and Latvia are 100 per cent dependent, and until 2014 Lithuania, which reduced its dependence after opening the gas terminal in Klaipeda, was too. The dependence of Bulgaria, the Czech Republic, Slovakia, Poland, Hungary and Slovenia range between 55 and 95 per cent, which makes these countries particularly vulnerable to energy attacks by Russia, according to the authors of the report.

The possibility for the Kremlin to impose its price policy is a result of two factors – the infrastructural dependence of the CEE states on the Russian direction of supplies and geographical barriers which hinder access to non-Russian resources.

The system of pipelines linking the countries of the Eastern bloc countries was aimed at bonding them together into a region subordinate to Moscow. For many years after the collapse of the USSR and communism, this system of pipelines remained unchanged. Along with the Russian energy policy dictates, the CEE states came up against the limitations of a pipeline infrastructure that was not suitable for the new reality – the need for diversification of supply from a variety of suppliers, which would allow them a choice based on market rules, and a liberal natural gas market had difficult starting conditions in this region.

Unfortunately, despite Russian aggression, the foundations of the old system on which the European energy market operates and its relations with Russia remain to a large extent unchanged, argue the authors of the CEPA report.

In summer 2014, stress tests were carried out under the auspices of the EU in order to show to what extent the countries of Europe are able to deal with the threats associated with the political exploitation of gas supplies by Russia. The tests investigated how the situation will develop in two scenarios – the first was a complete halt of gas supplies by Russia, and the second a suspension of gas transit through Ukraine. The CEPA report notes that the results were disturbing and showed how little the CEE gas market has changed since the collapse of the USSR. They also showed something that is quite obvious – that over-reliance on Russian gas is today the main source of threat to energy security in Europe.

No change without diversification

The only realistic way to counteract Russian risk is diversification of supply. Energy security of the region’s states can be ensured only when there is a guarantee of a potential possibility of gas supply from non-Russian sources and routes other than through the territory engulfed by the war in Ukraine.

The challenge facing the CEE states in this situation is, however, not only to find alternative sources of gas supply, but first of all, to organize the infrastructure connections with such suppliers. In addition, CEE countries must clear the functioning of the interconnector network between them in the region. Such measures have already begun – a two-way pipeline connection has been established between Poland and Ukraine and also a connection between the German and Czech networks, as well as the Hungarian with the Croatian, Romanian and Slovakian networks.

“Improving the interconnector network is one way to encourage gas diversification, as it allows for freer and more flexible gas flows. Yet the root of CEE’s problem is overdependence on Russian gas, whether it is transits Ukraine, gets rerouted through Nord Stream or is sold on the hubs,” note the authors of the CEPA report.

Not only does Central and Eastern Europe need alternative gas supply routes, but above all it needs alternative supply sources; however, in the case of this region, geographical limitations mean that there are essentially only a few suppliers to choose from.

The authors of the report argue that “the greatest influence could be Poland, located at the crossroads of the east-west and north-south axes, with access to the Baltic Sea and developing interconnections with all its neighbors. The LNG terminal now being built in Świnoujście, Poland, with a capacity of 5 billion cubic meters (bcm) per year (with future expansion up to 7.5 bcm per year) plus plans to build pipelines with Norway and Denmark, give Poland the most potential to enlarge the CEE gas market.”

However, the gas policy of Poland is not free of problems – the gas terminal in Świnoujście aimed at counteracting Russian domination can satisfy one third of the needs of the Polish market. However, the problems with implementing this investment have undermined confidence in this project. At the same time, as the CEPA experts note, the gas terminal could bring real benefits for the whole region only when it is fully integrated into the interconnector network of pipelines of Central and Eastern Europe and becomes part of the North-South Corridor. However, this requires further efforts and cooperation at an international level. On the other hand, although the Polish gas terminal is not yet operational, it is already having an impact on the Central European gas market, because it is opening up the scope for gas suppliers from the USA and restricts Russia’s room for maneuver.

“Energy security constitutes a double-edged sword. Even if nobody in CEE thinks seriously about completely excluding Russia from the European market, Gazprom feels threatened by CEE integration and diversification choices. It would come as no surprise, therefore, if Russia were to multiply its efforts to ensure demand for its gas by constantly undermining regional energy security,” argue the report’s authors.

Russian measures could take such diverse forms as a nuclear-gas package in the case of Hungary, gas discounts for Lithuania, pseudo-market conditions – gas auctions for the Baltic states and direct warning signals, e.g. temporary reduction of supplies for Poland in 2014, or also the traditional method of “divide and rule” as, according to CEPA experts, in the case of the construction of Nord Stream 2.

Who’s better – NATO or the EU?

It would seem that in the case of a threat to the energy security of Member States, the European Union would play the central role in the liquidation of this threat. However, it turns out that despite the adoption in 2009 of the gas directive, this is not given. The EU has, on the one hand, a certain potential for internal coordination, but on the other hand, in its relations with Russia it has displayed uncertainty in its actions. Therefore, despite the potential danger that Russian gas domination could harm some of the Member States, so far the EU has not taken sufficient action in this regard.

Nothing in this is surprising, since as the authors of the CEPA report note, the reduction of dependence on Russian gas in Central and Eastern Europe is in conflict with the wishes of Western Europe to enrich themselves thanks to cheap Russian gas.

In addition, even the CEE states differ in their approach to the problem, resulting in a lack of unity and the domination of short-term national interests over regional cooperation.

In this situation, NATO could paradoxically be a better platform for searching for and agreeing the methods of cooperation to ensure gas security in the CEE region, according to CEPA experts, because firstly, due to its nature it focuses on problems and threats, and secondly, unlike in the case of the EU, the USA and Norway – potential suppliers of gas for the region – are part of it, and as a result it is more ready to act in the field of energy security. 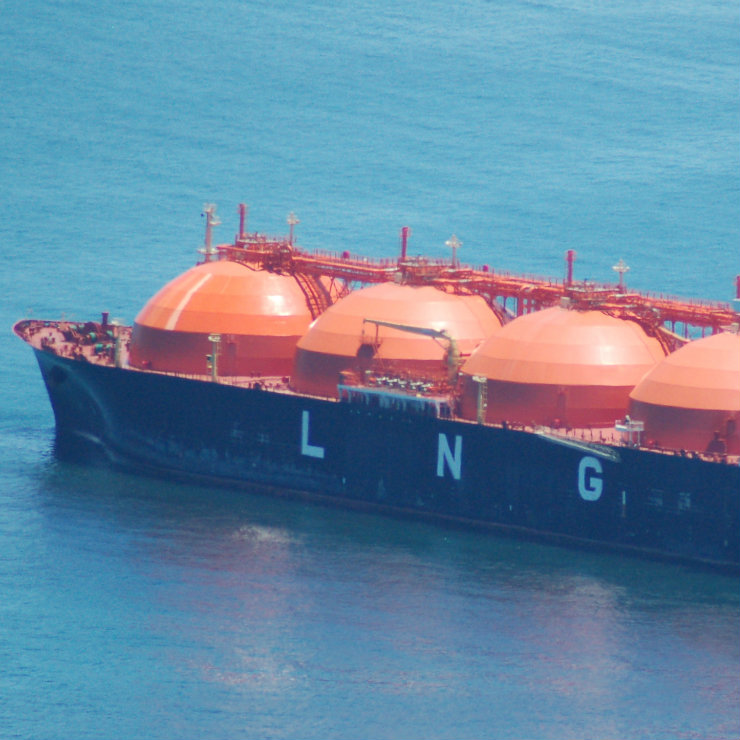