16.01.2020
The revenues of the apricot market in Central and Southeast Europe (CSE) amounted to USD318m in 2018, down 5.8 per cent against the previous year, according to IndexBox’s report: “Eastern Europe – Apricots – Market Analysis, Forecast, Size, Trends and Insights”. 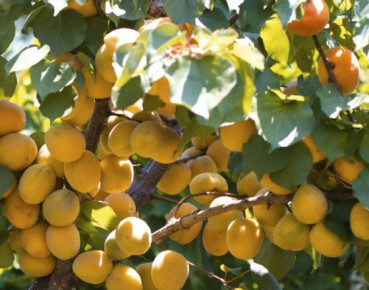 In 2018, the amount of apricots produced in the CSE at 245K tons, picking up by 2.6 per cent against the previous year. The total output volume increased at an average annual rate of +2.4 per cent from 2007 to 2018. The growth pace was most rapid in 2013, when the output figure increased 56 per cent y/y. In that year, apricot production reached its peak volume of 281K tons. The general positive trend in terms of apricot output was largely conditioned by a temperate expansion of the harvested area and a noticeable growth in yield figures, according to the report.

In 2018, exports of apricots in CSE amounted to 9.6K tons, shrinking by 17 per cent against the previous year. The total exports indicated a slight growth from 2007 to 2018: its volume increased at an average annual rate of +1.3 per cent over the last eleven years. Based on 2018 figures, apricot exports decreased by 36.3 per cent against 2016 indices. The pace was the most rapid in 2016, when exports increased by 51 per cent y/y. In that year, apricot exports attained their peak of 15K tons. From 2017 to 2018, the growth of apricot exports remained at a lower figure.

In 2018, Bulgaria (2.4K tons), Hungary (2.3K tons) and Moldova (1.9K tons) represented the largest exporters of apricots in CSE, constituting 68 per cent of the total. It was followed by Lithuania (1K tons), Poland (548 tons) and the Czech Republic (502 tons), together generating a 22 per cent share of total exports. Belarus (424 tons) followed a long way behind.

From 2007 to 2018, the most notable rate of growth in terms of exports was in Bulgaria, while the other leaders experienced more modest paces of growth.

In value terms, the largest apricot markets in CSE were Hungary (USD2.9m), Bulgaria (USD1.5m) and Moldova (USD1.4m), together accounting for 62 per cent of total exports.

In 2018, imports of apricots in CSE amounted to 95K tons, shrinking by 10.7 per cent against the previous year. The total imports indicated a prominent growth from 2007 to 2018: its volume increased at an average annual rate of 5.8 per cent over the last eleven year period. The trend pattern, however, indicated some noticeable fluctuations being recorded throughout the analyzed period. Based on 2018 figures, the apricot imports increased by 45.9 per cent against 2016 indices. In value terms, apricot imports amounted to USD92m in 2018.

Russia was the main importer of apricots in CSE, with the volume of imports resulting at 53K tons, which was near 56 per cent of total imports in 2018. Poland (9.9K tons) ranked second in terms of the total imports with a 10 per cent share, followed by the Czech Republic (8.2 per cent), Romania (8.1 per cent) and Bulgaria (5 per cent).

From 2007 to 2018, average annual rates of growth of imports into Russia stood at 3.8 per cent. The Czech Republic emerged as the fastest growing importer in Eastern Europe, with a CAGR of +10.9 per cent from 2007-2018. Slovakia (-1.5 per cent), Bulgaria (-3.3 per cent), Romania (-5.4 per cent), the Czech Republic (-5.6 per cent), Poland (-5.8 per cent) and Russia (-19 per cent) significantly weakened its position in terms of the global imports, while the shares of the other countries remained relatively stable throughout the analyzed period.

In value terms, Russia (USD42m) constitutes the largest market for imported apricots in CSE, comprising 46 per cent of total apricot imports. The second position in the ranking was occupied by Poland (USD14m), with a 15 per cent share of total imports. It was followed by the Czech Republic, with a 12 per cent share. 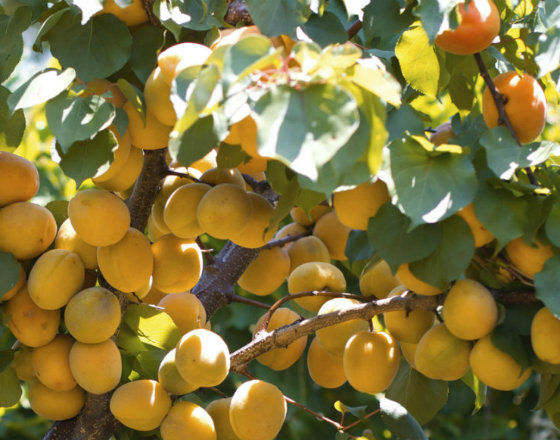