20.07.2020
The Croatian government plans to make another step towards joining the Eurozone in the second half of 2020, following few exercises recently carried out by the European Central Bank and the relevant Croatian authorities. 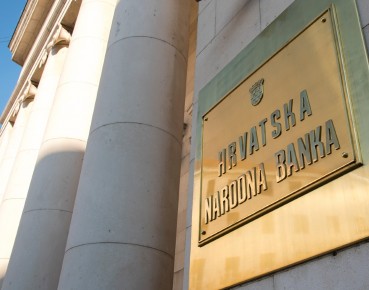 On July 10th, the European Commission (EC) officially accepted Croatia (and Bulgaria) in the Exchange Rate Mechanism II (ERM II). It also welcomed the ECB Governing Council’s decision on close cooperation with both countries, marking their entry into the Banking Union. According to the EC’s statement, both countries “must now participate in the mechanism without severe tensions and, in particular, without devaluing their currency central rate against the euro on their own initiative, for at least two years before they can qualify to adopt the EUR”. The youngest member state of the EU has so far fulfilled all conditions required to join the Eurozone, except for membership in the Exchange Rate Mechanism (ERM II). This has changed.

So far, Croatia fulfills three out of four criteria before adopting the EUR. According to the EC’s 2020 Convergence Report, the 12-month average inflation rate was below the reference value. After a peak of 1.6 per cent in the summer of 2018, it showed a declining trend, thereafter decreasing to 0.8 per cent in November 2019. Regarding the public finances, the first surplus since the EU accession in 2017 (0.8 per cent of GDP) has been continued also in 2018 and 2019 (0.2 per cent and 0.4 per cent of GDP, respectively). The Croatian 12-month average long-term interest rate was below the reference value at the time of the 2018 convergence assessment of Croatia. In other words, the inflation, public finances and long term interest rates are kept in the right balance. This is clearly a merit of the HNB, professionals determined to bring Croatia to the inner circle of the European integration. However, a next step has to be taken — convergence of domestic currency with Euro.

In June 2020, the European Central Bank (ECB) published the results of comprehensive assessment of five Croatian banks. It was a consequence of Croatia’s request to establish close cooperation between the ECB and National Bank of Croatia (HNB). Such an assessment is required as part of the process of joining Banking union and ultimately Eurozone. It has covered Zagrebačka banka, Privredna banka Zagreb, Erste & Steiermärkische Bank, OTP banka Hrvatska and Hrvatska poštanska banka. All of these banks consented to the disclosure of the exercise’s findings, which did not reveal any capital shortfalls. Given the long-term good health of Croatian banks, the ECB’s stated that they are well-capitalized and can withstand a very strong negative economic shock.

Earlier, by the end of May, the HNB published for the very first time the national reference rate (NRR) for the average funding expenses of the Croatian banking sector. The HNB assumed the task of computing and regularly publishing the NRR from the Croatian Banking Association early this year, as required by the Eurozone regulatory framework. These are the final steps preceding filing an application for joining the ERM II.

What is ERM II?

It is a system connecting the EUR with the currencies of EU countries outside the Eurozone. The aim of ERM II is to enable the smooth functioning of the internal market by maintaining the stability of the exchange rates of the Member States. Significant fluctuations in exchange rates would lead impact competitiveness of a country solely because of exchange rate changes.

With the enlargement of the European Union on May 2004 and January 2007, central banks of the new member states were obliged to join ERM II. ERM II is also intended to support expansion of the Eurozone by strengthening economic integration with non-euro states and economies. Before ultimate introduction of the EUR as the national currency, the country in question must participate in ERM II for at least two years, maintaining a stable exchange rate and, above all, avoiding depreciation.

The inclusion of currency in the system consists in setting its central rate against the EUR and the range of permissible fluctuations around the designated rate. The standard range of fluctuations is +/− 15 per cent, but can be changed at the request of a Member State. In the past two decades, the HRK has varied plus or minus 5 per cent from an average of HRK7.42/EUR, so it is expected that the central exchange parity will be determined approximately around that market level. As of today, the only country that participate in ERM II is Denmark, while Bulgaria has officially applied for it in April this year and is soon to be joined by Croatia.

As reported by domestic media, Croatia has fully done its homework. Even despite the ongoing lockdown caused by COVID-19, the government never gave up on its initial ambitions of joining Eurozone. In May, the Croatian authorities informed that the country had fulfilled the action plan of 19 reforms, required by the Eurogroup.

So far, all the major political forces including the currently ruling Croatian Democratic Union and main opposition Social Democratic Party of Croatia, are supporting idea of introduction of the EUR. Only the Patriotic Movement of Miroslav Skoro calls for general referendum. Unlike Bulgaria, which postponed joining the ERM II by another year due to consequences of COVID-19, Croatia remained determined to show readiness and preparedness of the domestic leadership and institutions to join this exclusive club even under heavy burden of the pandemic.

In June, the Prime Minister Andrej Plenković sent a letter to the leaders of the member states and the European Commission in which he said that Croatia had fulfilled all measures and obligations from the action plan ahead of schedule and pointed out that the goal was to join ERM II and the Banking Union in July.

The ECB should soon inform the Eurozone member states about the results of the assessment. Thereafter, the procedure requires the sending of a formal request to join ERM II and subsequent the establishment of close cooperation between the HNB and the ECB within the Banking Union. According to unofficial information, this process should be completed in the coming months.

Croatians are not convinced

The counter arguments of the HNB Chairman Boris Vujcic that joining the Eurozone will lower the costs of banking operations and interest on loans, or the foreign tourists will find it more comfortable, might not find understanding among average Croatians.