The banking sector is facing the next huge technological leap

31.07.2019
The banking sector is facing another revolution — the competition of global corporations, such as Facebook, Google, Amazon, Apple, and Alibaba. Their strength will force banks to restructure, but it may also push some of them out of business. 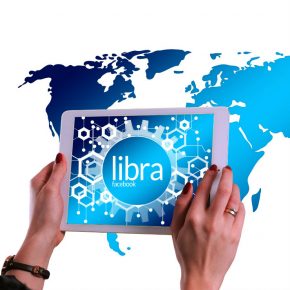 In the last few decades commercial banking has experienced a huge technological leap. Just 30 years ago banks in Poland were building their business activities from the scratch and today they are using technologies that are often more advanced than the ones used by their parent companies in highly developed countries. This technological revolution was the result of a widespread utilization of information technology, high-performance computers, as well as innovative software. Since the beginning of the 21st century, banks have been harnessing the potential of the internet to serve their customers. Now the banking sector is facing yet another revolution — the competition of global corporations, such as Facebook, Google, Amazon, Apple, and Alibaba. They may push some banks out of business. This prospect also constitutes a serious challenge for the financial supervisors who are responsible for the safety of bank customers and macroeconomic stability.

In June 2019, Facebook has finally announced details on introducing its own cryptocurrency — Libra. It will be used in the WhatsApp application, owned by Facebook, in order to facilitate transactions between the users. In this field the corporation founded by Mark Zuckerberg is competing with other technology companies, but has an advantage over them, both in terms of market capitalization and the number of users. One of competitors is Telegram — a free, non-commercial instant messaging service based on cloud computing. Its users can send messages, photos, videos and various types of files. It belongs to two companies registered in tax havens, Dogged Labs Ltd and Telegraph Inc., which are owned by Pavel and Nikolai Durov. Despite the rumors of irregularities in the companies led by the Durov brothers, they have managed to acquire USD1.7bn from anonymous investors for the purpose of creating a cryptocurrency that the users of the messaging service will be using in their settlements.

Facebook is a giant compared to Telegram. The stock market value is over USD500bn, which is roughly the same as the GDP of Belgium. The social media platforms belonging to Facebook (i.a. Facebook, Messenger, WhatsApp and Instagram) have a total of 2.7 billion users, which is equivalent to more than one third of the world’s population.

Unlike bitcoin, the cryptocurrency created by Facebook is supposed to be stable and linked to a basket of strong currencies existing in the real world. It will therefore not become the subject of speculation and is only supposed to enable the transfer of money through the apps belonging to the company. This will be particularly convenient in less developed countries, where the network of bank branches is insufficient and where there are various restrictions concerning the transfers of foreign currency. The method in which Facebook’s currency will be created is also supposed to be different than the one used in the case of bitcoin, which requires high-performance computers and consumes large amounts of energy.

Facebook won’t fully control Libra, but instead get just a single vote in its governance, like other founding members of the Libra Association, including Visa, Uber and Andreessen Horowitz, which have invested at least USD10m each into the project’s operations.

If Facebook issues its own digital currency and its users will have access to a mobile wallet on their Facebook account, then the demand for credit cards will start to decrease. The applications that enable shopping in online stores are oftentimes already integrated with Facebook. The company could easily convince its customers — through ads and promotions — to use its payment system instead of the traditional credit cards or the PayPal account.

Although it would be an exaggeration to claim that in this way Facebook will become a new central bank, the popularization of payments with the use of a digital currency could pose a challenge to the existing central banks. Firstly, it will reduce the demand for real money. Secondly, the alternative digital money could cause inflation and will not be sensitive to the traditional instruments used by central banks to control price increases.

With its billions of customers, Facebook could also become a formidable competitor for the traditional, commercial banks, as it could take over some of their previously profitable business. Although this still sounds like science fiction, Facebook’s digital currency may become the most widely used money in the world, which would obviously affect the currency markets and the exchange rates.

And it was not long when central bankers and ministers of finance responded. French Finance Minister Bruno Le Maire reiterated that he was against the idea of Libra becoming a “sovereign currency” because it will compete with government-backed currencies like the EUR. The US Federal Reserve Chairman, Jerome Powell said the US central bank has „serious concerns” about Libra. Bank of England Governor Mark Carney warned against Libra and said it could be faced with regulatory hurdles. The G-7 — which includes France, Britain and the U.S. — is forming a task force to assess the risks posed by digital currencies like Facebook’s to the financial system.

Google is following in the footsteps of Facebook. In December 2018, the subsidiary company Google Payments obtained an electronic money license in Lithuania. This will allow the company to offer financial services throughout the European Union. The central bank of Lithuania issued 39 similar permits over the last three months.

The license will enable Google to process payments, issue electronic money, and manage virtual wallets, including the electronic storage and transfer of the customers’ funds. Google is one of the last technological giants that have obtained a permit to offer financial services across the European Union. Facebook and Amazon have had such licenses since 2016.

In January 2019, Google announced the integration of Google Wallet and Android Pay, which resulted in the creation of a single unified solution — Google Pay.

The license for electronic money will not enable Google to offer full banking services, such as granting loans or mortgages. Google Pay can be used to make purchases online or in an app, as well as to pay with a mobile device in stores. In terms of the number of granted electronic payments licenses, Lithuania is ranked the second in the European Union after the United Kingdom. This is the result of deliberate policies of that country, which intends to be a leader in the field of financial technologies (fintech) within the EU.

The United States will remain an important player in the area of financial innovation for a long time, but the Silicon Valley does not have a monopoly on innovation. In reality, the biggest technology companies (BigTech) are the most active in the field of financial services in China, and not in the affluent countries of the West. Chinese banks have leapfrogged certain stages of development and moved straight to investing in the more innovative solutions. This includes, in particular, the use of the internet and the applications on smartphones. The Chinese internet is dominated by four giants: Baidu, Alibaba, Tencent and JD.com. They are all active in the financial sector.

In 2013, Ant Financial, which is a subsidiary of one of the world’s largest e-commerce companies Alibaba Group, created an online investment platform known as Yu’e Bao. The customers can automatically transfer money from their bank accounts to the accounts on the Yu’e Bao platform, which invests in the Zeng Libao money market fund. The fund offers much higher returns than the interest rate on ordinary bank savings accounts. Anyone can get a Yu’e Bao account — there is no minimum investment limit. Outside of regular investments in the fund, the customers can receive their monthly salaries to the Yu’e Bao account and can use the account to automatically pay their bills, including mortgage and car payments. These are services previously provided by traditional banks. Yu’e Bao became the world’s largest money market fund already in 2017. The fund manages a portfolio whose value at some point exceeded USD200bn, most of which came from the payments of nearly 370 million active users. The customers are mostly people under 40 who see digital payments as the primary mode of financial transactions.

The success of Yu’e Bao shows the direction of the financial sector’s transformation. In China only 8 per cent of the adult population has access to loans from traditional banks. Meanwhile, the Alibaba online store has offered a deposit service since 2003. Customers were able to store their money on a secure account until they received the purchased goods and approved their quality. This allowed the company to build trust with the customers. In this way Alibaba gained access to the information on the purchasing habits, cash flow and creditworthiness of over 400 million active users of its services. In the years 2010-2013 the cost of buying a smartphone and a 2 GB data package in China fell from 36 to 17 dollars. As a result mobile commercial and financial services became widespread. The company diversified its services by offering booking services for movie tickets, holiday offers, airline tickets, etc. According to The Wall Street Journal, in 2016 the value of online payments amounted to USD9 trillion in China and USD112bn in the United States.

In the years 2012-2013 the Chinese government liberalized the market of banking services. This gave corporations, such as Alibaba, the ability to offer financial services to their customers. On the other hand, the People’s Bank of China tightened its monetary policy, forcing banks to lower their interest rates on deposits. As a result Yu’e Bao’s offer became very attractive for the customers. The fund beat traditional banks in the struggle to raise money from millions of Chinese citizens. We should also add the propensity of Chinese people for gambling — they are more inclined to underestimate risk than people from the affluent countries of the West. However, the Chinese authorities are aware of the inherent risk. Since April 2018, Yu’e Bao has been legally required to comply with risk regulations similar to those applying to banks. This resulted in a significant outflow of funds during the past year and a decrease in the value of assets to USD168bn at the end of 2018. Meanwhile, back in March 2018, the value of assets held by Yu’e Bao reached a record-breaking level of USD250bn. However, this significant decline does not mean that the fund created by Alibaba has no future. In April, the fund lifted the daily limit for individual investments (which amounted to approximately USD15 000) in order to entice customers who were choosing more risky investments on the stock market during the past year. 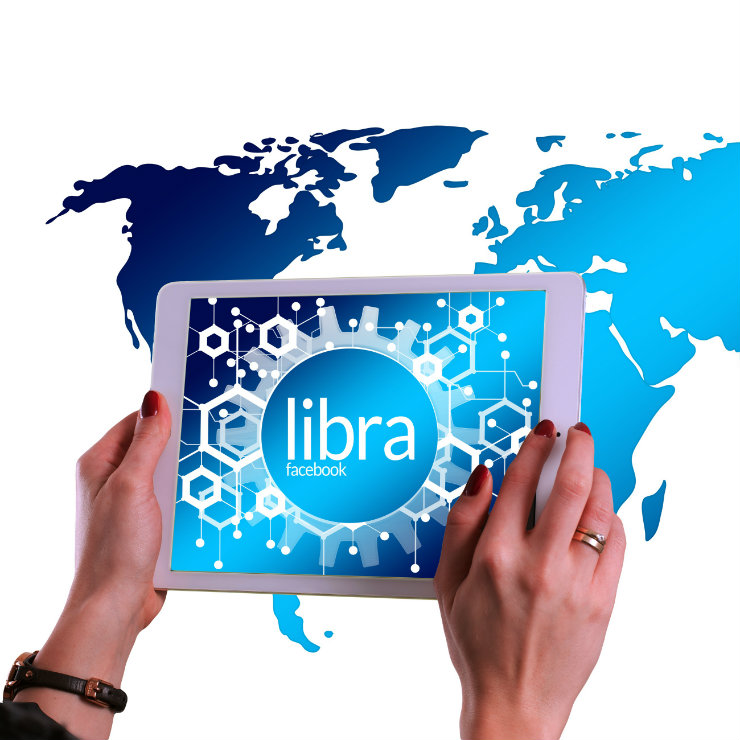 Category: Financial markets 28.07.2020
The expenditures on technology by banks are on the rise, although innovation is primarily gradual in nature and mostly focuses on improving the existing systems to include additional processes. The largest banks are implementing innovative solutions in the most comprehensive way. 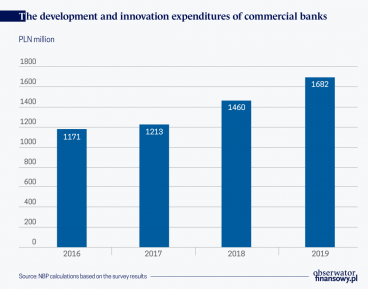