Whole Europe works on changing the sources of electric energy

11.08.2017
As Poland produces over 80 per cent of its electricity from bituminous coal and lignite, and Polish power stations are often obsolete, Poland has the biggest energy problem in the EU. 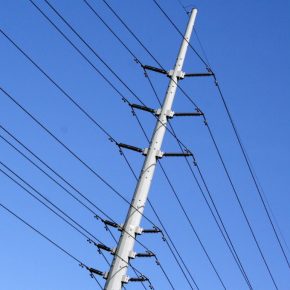 Yet, most of other countries also have to answer the question of how to transform the energy sector. The power industry, unlike any other economic sector, except for the arms industry probably, depends on national regulations. For several post-war decades, it was the governments’ role to decide where and which power plants were to be built. Capitalist countries did not differ much from communist ones. The doctrine of energy self-efficiency dominated for many years, systems of regulated fees were used and huge, monopolistic national structures were created.

In the 1970s, France wanted to become independent from imported coal and gas, and at the same time, develop research on nuclear technologies that were useful in developing better weapons. Thus, France chose nuclear power plants, which today provide over 75 per cent of its energy. The United Kingdom, which, at that time, still mined huge amounts of coal, also built some nuclear power plants, which now are at the end of their usefulness.

In Sweden and Finland, nuclear power plants built 40 years ago still provide approximately half of electricity. The other half is provided by hydroelectricity and in Finland, most of all, by biomass. Heat and power plants that use sources from enormous Finish forests and plentiful refuse from the wood industry have become the Finish speciality.

In Central and Southeast Europe (CSE), Poland is the only country dependent on coal to that extent. In the Czech Republic, Slovakia and Hungary there are nuclear power stations imported from the Soviet Union, which provided a substantial portion of energy.

In the 70s a rapid transition process away from coal in households began. It was pushed away by gas fields of which were discovered in the 70s and 80s in the North Sea. Yet, there was a little of it, so Western Europe decided to import it from the Soviet Union, against thunderous protests from USA.

After the fall of communism, CSE copied the western model of the power industry, which was exacted by successive EU energy packages.

Everything changed rapidly when the system of support for renewable sources of energy was launched. For politicians and societies of the Western countries, renewable sources of energy had brilliant advantages: they helped to become independent from the import of raw materials, they supported cutting emissions of CO2 and other chemical compounds, stimulated development of new technologies of which Europe was aiming to become a world leader.

The Fukushima nuclear power station accident in 2011 resulted in Germany speeding up the closing of their nuclear plants and the country announced the Energiewende plan, that is energy transformation plan which meant a change for renewable sources to the maximum extent. In the course of last 10 years, the subsidies for renewable sources energy by Ren and Labe rivers amounted to EUR100bn. Over 30MW of PV and 27 thousand MW of wind turbines were created. According to EU law and set objectives of participation of those sources in the energy mix, similar programmes of supporting renewable sources of energy, however at a smaller scale, were launched by all EU countries. This way, two parallel energy generation systems were created – conventional and renewable.

The rapid development of the sector of renewable sources of energy, and especially, dramatically falling prices of photovoltaic panels and wind turbines sparked a discussion on the future of the power industry in almost all of the countries. Old schemes turn out to be useless.

Let’s imagine competition of two power plants – a wind farm and conventional power plant. The wind farm sells its energy at the same price as the conventional one, but it can count on subsidies for each kilowatt-hour produced, thus it earns much more. Additionally, the cost of producing electricity from wind is low because wind is free.

When it is sunny and windy, Germany can do without most of conventional power plants, which then are unused, yet they have to be maintained.

How, in that situation, do the main, large countries of the EU see their power industry? Germany has the most coherent and long-term strategy. The Energiewende plan forecasts that, until 2050, Germany will obtain at least 80 per cent of their energy from renewable sources. Nevertheless, the strategy assumes a very slow transition – in 2025 the participation of renewable sources of energy will amount to 40-45 per cent, in 2040 – 50-60 per cent.

Germany knows very well that rapid energy transformation is not possible. Last winter proved it. The waves of cold spells brought air to a standstill, thus wind farms were useless, and, in winter, photovoltaic panels operate for much shorter periods of time.

Germany invests in power storage technologies which allow to accumulate electricity produced by wind farms and panels and use it at any time. These technologies are still expensive, but in Germany it is believed that their profitability is just a matter of time.

The German industry is a massive beneficiary of Energiewende. Not only was it released from transformation charges that are mostly incurred by households, but also German companies have created huge export potential. Siemens, the flagship of German electrical engineering industry, is the world powerhouse in wind farms and energy efficiency technology production. Thousands of small and big businesses, producing both wind turbines (like Enercon, a company built from scratch) and tools for wind and sunlight measurement, solar thermal collectors and heat pumps, work for the renewable sources of energy sector.

The renewable energy-related industry employs today 300 thousand people in Germany. No wonder that virtually no significant political power questions today the Energiewende, however, there is an ongoing discussion about its pace and distribution of costs.

In comparison to an orderly German policy, France seems to straddle the issue. The huge nuclear industry built in the past is slowly losing its potential.

For some time already, the topic of decreasing the share of nuclear energy in the energy mix is more often discussed. The energy sector considers it almost obviousness. In the joint report of German and French energy companies’ associations presented to the European Commission it is estimated that the potential of photovoltaics in France in 2030 will increase from current 0,4 GW to 30 GW. The number of wind farms is also expected to increase – their power will grow from 1.4 GW to also approx. 30 GW.

Development opportunities of photovoltaics in France are not questioned by anybody, it is difficult, however, to determine whether a comparable increase of wind farms power is possible, as the French are reluctant to wind farms built on ground, believing that they disturb the precious French landscape. Some cases regarding the construction of wind farms were brought to court – typically those cases were won by those who opposed the construction of farms in locations that presented landscape values. There is a more favouring climate for wind farms on the sea.

At the same time, French energy companies assume the decrease of a share of nuclear energy in the energy mix. From current 55 GW, in 13 years nuclear power plants will produce as much as approx. 45 GW, which is associated with switching off the oldest blocks. The French and German energy companies want to cooperate closely, they assume the increase of cross-border interconnection capacity and common mechanisms to support necessary conventional power plants.

The United Kingdom – the pioneer in the marketization of the power industry – faces a problem of lack of necessary power in the system. Gradually, the old nuclear power plants, built in the 1960s, will be closed. At the same time, eight of already operating coal-fired power plants will be closed by 2025. As for now, this summer, the British industrial operator National Grid will, for the second time, pay the conventional power plants for not producing unnecessary energy.

The British are also planning to build another nuclear bloc on Hinkley Point. The costs of this investment will reach GBP 16 bn. In order to ensure profitability of the venture the British government had to guarantee the investor – a syndicate of the French EDF and the Chinese – a fixed price of energy, twice as big as a current price, which triggered a wave of uncertainty and protests in the UK.

The Scandinavians have their energy dilemmas, too. Admittedly, the Swedish have the cleanest power industry in the EU – half of the energy comes from hydroelectricity and the other half from nuclear power. But the nuclear power plants are old and will stop operating in the coming years. When it comes to the construction of nuclear power plants, the Swedish government is changing its decision every two years – once it bows to the pressure of the Greens and abandons them in favour of renewable sources of energy and energy efficiency, then again, it returns to the idea, because they understand that without nuclear power the Swedish industry will not have enough power. Last year, the government decided to build new nuclear power plants, however, without suggesting any support mechanism, and it is known that they will not be built according to market rules.

The Finnish do not have similar problems. After completion of a power plant in Olkiluoto, they are planning another one in Hanhikivi, with power of 1,200 MW. The shareholder and technology provider is the Russian Rosatom. Power plants in Finland are built according to a unique financial model – the investor is a consortium of several dozen industrial undertakings and municipalities.

Central Europe goes against the current

The energy strategies of CSE mostly consist in question marks. The Czechs has shelved the construction plans of a new nuclear power plant, however they have not given up them completely. They have a slightly lower objective of the share of renewable sources of energy in the power industry for 2020 – 13 per cent against 15 per cent in Poland. The Czech government’s strategy adopted in 2015 states that by 2030 the energy mix has to be based on nuclear energy (46-58 per cent) and renewable sources of energy (18-25 per cent), the participation of gas and coal is going to be systematically decreased, and the emissions of CO2 are to drop by 40 per cent in comparison to 1990. Yet, as for now, it is hard to see where the share of nuclear energy would come from as nothing new is under construction.

This short overview presents that huge uncertainty prevails in the power industry  – both companies and governments are awaiting a technological breakthrough. New technologies – renewable sources of energy, energy storage, integration of the energy sector with the IT sector change the former, but transformation will be a revolution. The power industry, like a giant tanker, needs time to unwind.

One issue seems to be certain – almost nobody has faith in coal. Several weeks ago, the biggest European energy companies, associated in Eurelectric, declared that they will not build new coal-fired power plants. Although such a promise generally makes no difference – it is rather coming to terms with the situation than an attempt to create future – it is, however, visible, that the declaration was not signed only by the companies from Poland and Greece. 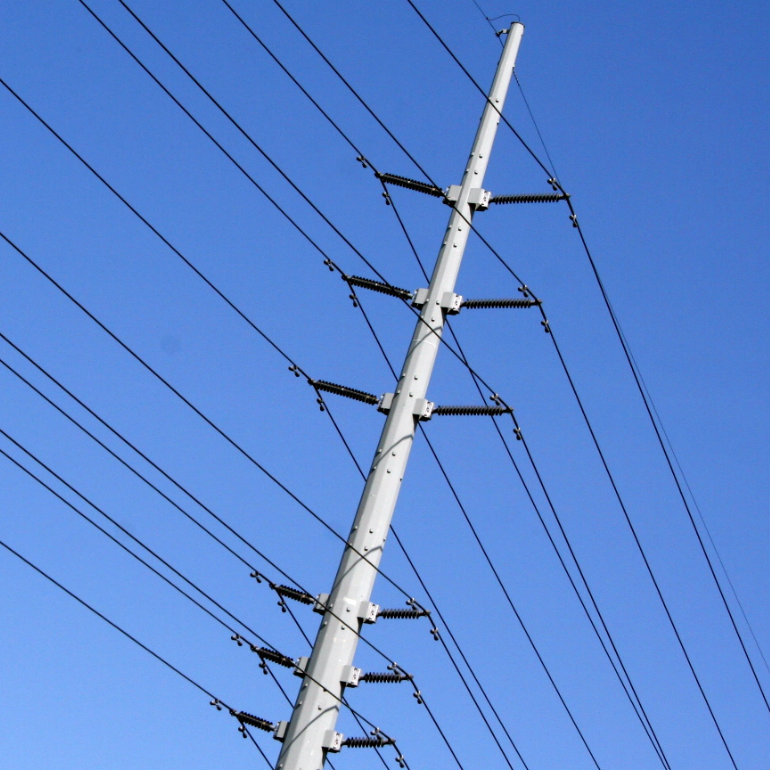 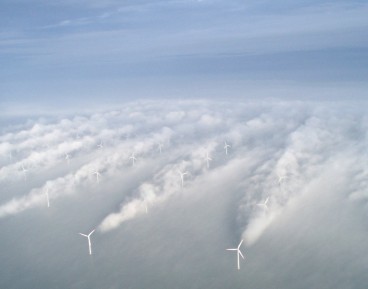