The strikes in Hungary that did not take place

12.03.2019
The protests against the so-called “slave law” have died down, losing their unprecedented momentum and enthusiasm. The trade unions threatened the authorities with a general strike that would bring Hungary to a standstill, but nothing came of it. 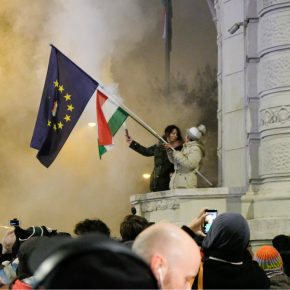 In December 12th, 2018, following a stormy parliamentary session which ended with a scandal, the Hungarian parliament adopted a bill amending the country’s Labor Code. The most important changes concern the settlement of overtime hours. The bill was signed by President János Áder just before Christmas and entered into force on January 1st, 2019. The new law increased the maximum overtime threshold to 400 hours per year, while previously the maximum amount was 250 hours. At the same time, the period for settling the accrued overtime was extended to three years. Moreover, the workers would be legally obliged to agree to 250 hours of overtime, while the remaining 150 hours would be agreed between the employee and the employer and would depend on the worker’s voluntary consent (read more).

The law is supposed to cater to the needs of the automotive sector, which is synchronized with a 36-month production cycle. The automotive industry accounts for the largest share of foreign investment in Hungary. It was pointed out that the introduction of the Labor Code amendment coincided with the announcement that BMW would invest EUR1bn in the construction of a new production plant near Debrecen. In 2017, the exports of vehicles accounted for 20 per cent of Hungary’s overall exports and for 5 per cent of its GDP.

On the one hand, the Hungarian government is trying to find a remedy for the chronic labor shortage (according to data from the Hungarian Central Statistical Office, there are about 200,000 vacancies on the market). On the other hand, it is also trying to persuade investors to engage in the Hungarian market in a way which ensures that Brexit and the associated disruptions are not the sole factor in the decision to move plants from the United Kingdom to Central and Southeast Europe. It’s reasonable to ask whether a possible postponement of Brexit, or perhaps even its cancellation, wouldn’t result in the suspension or abandonment of the plans for investment in Hungary. Officially, in the government’s message the only purpose of the changes in the labor code was to increase Hungary’s competitiveness, as well as to enable willing employees to work more and to earn more money.

The main organizers of the protests against the so-called “slavery law” were the trade unions, including the largest confederation — the Alliance of Hungarian Trade Unions (Magyar Szakszervezetek Országos Szövetsége, MaSzSz). Still in December, its leader László Kordás invited over 150 trade unions and cooperating non-governmental organizations to a meeting whose main goal was to determine a common strategy. It was rather unlikely for the individual organizations to reach unanimous agreement on a general strike. In the end, this idea was supported by the Forum for the Cooperation of Trade Unions (Szakszervezetek Együttmöködési Fóruma, SZEF), which has 90,000 members, and the Trade Union Association of Intellectuals (Értelmiségi Szakszervezeti Tömörülés, ÉSZT), which has about 40,000 members.

Talks with the government

The trade unions tried to enter into a collective labor dispute with the government. While their attempt ultimately failed, it was a novelty in itself. The trade unions sent a letter to Prime Minister Viktor Orbán in which they demanded, among other things, that the government withdraw the new legislation. The unions also requested the establishment of a negotiating team, which would enter into talks with the representatives of the workers.

As the legal basis for such action, the trade unions cited the resolution of Hungary’s Supreme Court (the Kúria) which states that in cases where it is impossible to determine the employer to whom the striking workers are submitting their demands, the government is obliged to designate a negotiator within five days.

The protesters gave the Hungarian government five days to respond. They subsequently established a strike committee. However, thus far there have been no reports on its activities. The answer to the protesters’ letter was given by the Finance Minister, Mihály Varga. He stated that the government would not negotiate individually with three selected trade union confederations (MaSzSz, SZEF and ÉSZT) and communicated that the proper venue for such talks would be either the National Economic and Social Council of Hungary or the Permanent Consultation Forum of the Competitive Sector and the government. This meant that any talks would involve the participation of a broader group of stakeholders.

The trade unions dismissed this explanation. They indicated that the government has no representatives in the National Economic and Social Council, even though it includes the representatives of other bodies. They also pointed out that 70 per cent of trade unions and public sector employers do not belong to the Permanent Consultation Forum, even though that is where the minimum wage is determined.

Organizing the strike was too difficult

The public’s interest in the strike has now waned, and there are no preparations for a general strike. There are several reasons for this turn of events. Firstly, the rate of union membership in Hungary does not exceed 10 per cent, so how could the workers who have no trade unions at their workplaces join the strike? Moreover, entire professional groups have been stripped of the right to strike. At the same time, even if a strike did happen, public sector employees are legally obliged to maintain the provision of more than 60 per cent of the scheduled services. However, greater disruptions in the provision of public transport services typically occur during periods of bad weather, which means that any strike would be completely unnoticed by the public.

Following a successful workers’ strike at the Audi factory in Győr, the weight of the protests was shifted towards possible sectoral protests, e.g. in the health care sector, in education or in the civil service. Here, the interested parties are conducting consultations and analyses of the feasibility of strikes. The representatives of the civil service workers are making increasingly loud threats. On the one hand, this is the result of unsatisfactory salaries. On the other hand, their protests are also fueled by the reaction to a new law which came into force on March 1st and has already been dubbed the “slave law in the civil service”.

According to the new law, in some departments of government administration, employees will have to stay at the workplace for nine, and not eight hours, as has been the case thus far. At the same time, the half-hour break for lunch will no longer be counted as working time. Other restrictions were also introduced. The employees of government agencies at the level of provinces and in the capital will not receive additional social benefits known as “cafeteria”. Paid holidays were reduced from 25 to 20 days, and their length will solely depend on the position held within the administration, thus those that work on less senior positions will have less paid holidays. In exceptional cases it will be possible to extend the working time to 12 hours, without providing additional remuneration. The changes in the civil service labor code will add 15 to 20 additional days of work a year. At the same time, the terms and conditions of employment were changed and the workers were asked to sign new employment contracts. Many of them claim that they will not agree to the new employment conditions if the new contracts do not include the previously promised 30 per cent pay increase. The new law can be seen as yet another part of the government’s efforts to alleviate the labor shortages.

The greatest success of the opponents of the “slave law” has been the fact that they managed to negotiate agreements with some employers in which the latter declared that they would not make use of the new compulsory overtime regulations. The toughest regulations apply to private entrepreneurs. Meanwhile, in municipal companies, in areas where Fidesz does not have a decisive majority in the local governments, the local parliaments have been passing resolutions stating that companies subordinated to the city would not be forcing employees to work overtime.

However, the threats that the entire country would be paralyzed by a general strike failed to materialize.

Dominik Héjj, PhD, is an analyst, editor-in-chief of www.kropka.hu, a portal dedicated to Hungarian politics. 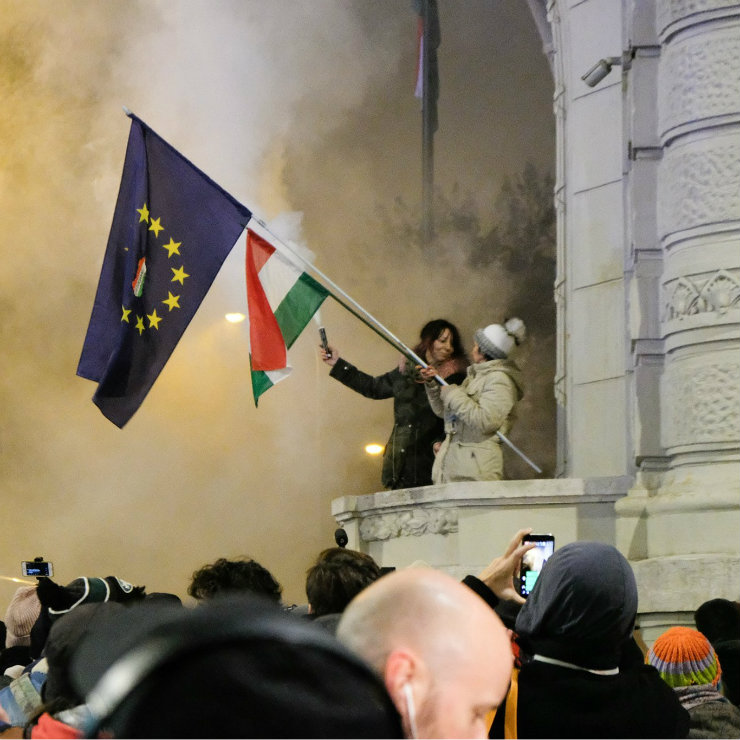