Ukrainians are afraid to invest in Ukraine

08.12.2016
The authorities in Kiev are dreaming of billions of dollars from FDI. The Investment Promotion Office at the Council of Ministers was launched in October. 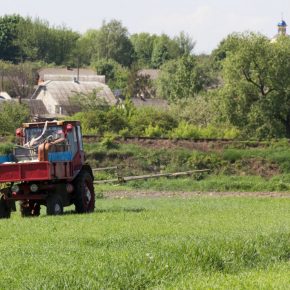 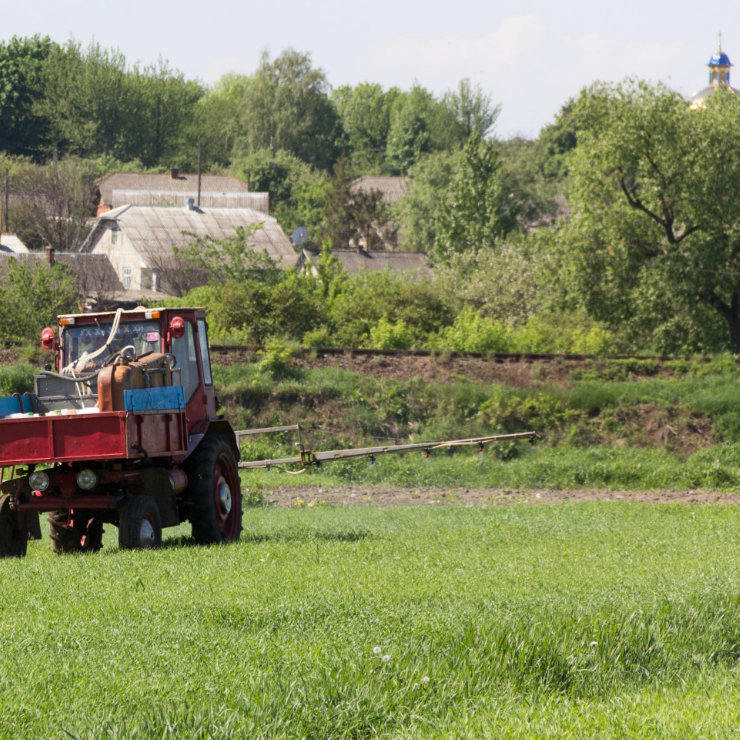 The establishment of the National Investment Council was announced in Kiev on August 2016. It is headed by Borys Lozhkin – the outgoing head of the presidential administration and the business partner of the Ukraine’s PresidentPetro Poroshenko.

“The priority spheres for investment in Ukraine, which create the most jobs, are primarily the energy sector, natural gas extraction, the gas pipeline system, the agricultural and food, the Ukrzaliznytsia (Ukrainian Railways – editor’s note), and the road infrastructure,” Lozhkin enumerated in an interview with the government news agency Ukrinform. He announced that he “wants to make Ukraine a Mecca for foreign investment” and to deal with the preparation of investment projects worth USD5-10bn each.

Lozhkin estimated Ukraine’s demand for foreign investment at USD120-200bn until 2030. Meanwhile, according to data of the State Statistics Service of Ukraine, during the 25 years of independence Ukraine has received FDI for a total amount of only USD44.8bn.

Following in the footsteps of the establishment of the National Investment Council, which is effectively controlled by Petro Poroshenko through Lozhkin, Volodymyr Groysman, Prime Minister of the Ukraine has announced and created his own structure – the Investment Promotion Office. It’s goal is to actively promote investment and help in solving the problems faced by investors, thus becoming a center of reform in the area of deregulation, customs policy and taxation.

While the authorities are looking for foreign investors, the Ukrainians themselves have a rather skeptical outlook on the possibility of doing business in their own country. In September, the business newspaper Delo published an analysis showing the development of Ukrainian companies during the 25 years of independence.

In the first year of independence, 10,000 companies were established in Ukraine – the lowest number throughout the analyzed period. Already a year later, the number of new businesses had tripled. In the period 1993-1997, about 35,000 new companies were established in Ukraine each year. The Ukrainians were not deterred by the hyperinflation or the increase of the CIT rate to 30 per cent in 1996. As a result, in 1997 as much as 55 per cent of Ukrainian GDP was already generated by the private sector.

Despite the Russian aggression, the year 2014 could have been similar to 2005 in terms of business development. The companies currently registered in Ukraine are largely re-registered entities, which – until 2014 – operated in the Crimea, now occupied by Russia, and the territories of the Donbas, controlled by the pro-Russian militias. After the Russian aggression, they moved to the areas remaining under the control of Kiev. The second wave of “new” companies is the result of changes in the power elites and the associated reshuffling in the ownership structure of companies, the report published by Delo indicates.

According to a survey published in September, 75 per cent of Ukrainians aged up to 35 have a positive approach to a business activity, and nearly two-thirds would like to start their own business. However, only 4 per cent of Poland’s eastern neighbor actually decide to take up the unequal struggle against the system and create their own company.

The rating leaves no doubt

In the World Economic Forum’s Global Competitiveness Index rating published in September, Ukraine fell from the 79th position held a year ago to 85th position, behind such countries as Namibia, and is continuing the downward trend of the last several years. For comparison, Poland ranked 36th in the same rating.

Corruption was ranked as the first among the problems due to which – according to the experts – Poland’s eastern neighbor is not a very good place to invest in. It is followed by political instability, inflation, inefficient bureaucracy and poor access to business financing. These results were recently confirmed by Roman Waschuk, the Ambassador of Canada to Ukraine.

“Investors with deep pockets examine the investment opportunities in Ukraine almost every week. But for them, as for anyone from the Western world, Ukraine is a total mystery. Treating an agreement as the initial stage of the game, a piece of paper which you sign and then have to make arrangements with everyone for the next three years, this is not appealing to anyone,” he said in an interview with the newspaper Novoye Vremya, explaining the frosty attitude of foreign investors towards Ukraine.

According to the Canadian ambassador, the main factors deterring investors include the lack of rule of law and the “incomprehensible” decisions of corrupt courts and the prosecutor’s office, which mean that in today’s reality it is difficult to speak of any genuine protection of business in Ukraine.

“Corruption continues to negatively affect trade and investment in Ukraine. American companies continue to encounter violations of the law and even suspend their operations here,” Penny Pritzker described the situation in Ukraine.

It was bad, and it’s getting worse

Apart from making assurances about the creation of a favorable investment climate, the Ukrainian government is not doing anything that could help willing investors to locate their capital in businesses in Ukraine. Instead of improving anything, the introduced solutions drastically worsen the already difficult situation of entrepreneurs.

The most striking example is the changes in the system of registration of the ownership of businesses and real estate. In principle, they were supposed to simplify the situation and eliminate barriers conducive to corruption – in reality, they led to a situation in which no sane person would risk investing money in a property whose ownership they could be deprived of with impunity in the blink of an eye.

The new system of state registration has been in force since January 2016. Instead of the previous paper certificates issued during a complex procedure, owners now only have an entry in the electronic system – introduced on the spot by a notary public or a registrar. As a result, a giant wave of fraud associated with real estate and corporate rights has swept through Ukraine, depriving thousands of entrepreneurs of their property. According to reports in the Ukrainian media, the politicians and the officers of the Ukrainian defense and law enforcement institutions are behind these machinations.

“Fraud has become widespread and openly cynical,” Sergey Yarosh, a former adviser to the Ukrainian Minister of Finance, describes the situation in an analysis published by the information service Rakurs. “Previously, in order to seize someone else’s wealth, fraudsters had to make arrangements with a judge and obtain a court decision. It could have been unlawful and unjust but it was an official decision of the court. Today, fraudsters don’t need to make deals with anyone – they can simply forge a court seal and stamp any number of judgments while sitting at home. Connected notaries and registrars will register anything fraudsters ask for. Turning to the police or to the court doesn’t really help – there are examples where, after criminal proceedings were initiated and arrest was imposed on the stolen property, the fraudsters revoked the arrest on the basis of forged court decisions, and stole the property again, transferring it to other buyers, supposedly purchasing the property “in good faith.”

“In many cases, the activities of the fraudsters were characterized by extraordinary audacity. For the purposes of registration they prepare forged judgments of non-existent courts. The dates of sentences and the names of judges are fabricated. At a single notary’s office on the same day, the ownership of a property is transferred on the basis of a forged court judgment, and after 30 minutes this property is sold to a “bona fide” purchaser. The ownership of dozens of buildings of a well-known commercial network located in various parts of Ukraine is also fraudulently transferred in one day. There are cases where information about the shareholders of a company has been completely erased from the register or a string of numbers has been entered in place of the names of the shareholders,” says Yarosh.

In addition, there have been changes to the Criminal Code, which mean that the use of forged court judgments is now done with impunity – it is punishable as a misdemeanor.

In September, the Lica newspaper published in Dnepropetrovsk in eastern Ukraine described how the protection of investors’ rights looks in practice after the changes introduced by the government.

A local farmer had lost a farm holding worth over USD1m after the ownership of his company was transferred to a homeless person from a local shelter on the basis of falsified entries in the property register, and the shelter itself was indicated as the address of the farm holding. The farm was then “bought” from the homeless man by another purchaser acting “in good faith”.

The local judicial authorities sided with the scammers – the farm was raided by a special police unit led by the Deputy Head of police in the Dniepropetrovsk Oblast, which tried to forcefully put the fraudulent new owner in control of the farm.

Similar situations have become so widespread in the neighboring Kirovograd Oblast that the local farmers have created self-defence formations armed with hunting rifles that patrol the fields day and night in order to protect them against seizure by “new owners”.