07.03.2018
K&H Bank analyst, Dávid Németh, says that he expects Hungarian wages to grow slightly more slowly in 2018 than last year, predicting net wage growth of more than 10 per cent and real wage growth of 8 per cent this year. 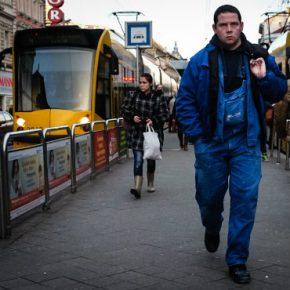 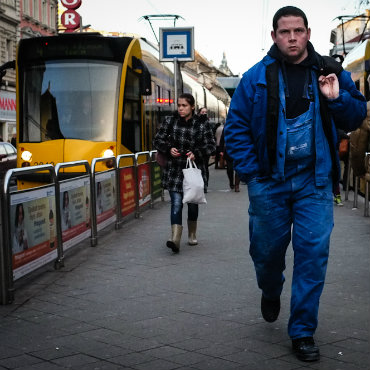 As he told the Budapest Business Journal “real wages could grow by more than 6 per cent, considering prospective inflation of 2.7 per cent.”

The average gross wage in Hungary rose 13 per cent y/y to HUF322,955 in November 2017, the Central Statistical Office (KSH) said. Net wages grew at the same pace as gross wages, also climbing 13 per cent to HUF 214,764. The KSH noted that wages have been boosted by a higher minimum wage, as well as pay increases in certain areas of the public sector and the state-owned utility companies. Calculating with November 12-month inflation of 2.5 per cent, real wages were up by 10.24 per cent, news agency MTI reported.

The number of employees was up 1 per cent with overall at 3,016,600 in November, and rose 1.6 per cent y/y in January-November. Excluding fostered workers, the rise was 2.8 per cent for November and 3.1 per cent for the first 11 months.

Analysts interviewed by Hungarian Press Agency, MTI, said gross wages increased in excess of expectations in November on a growing shortage of qualified workforce, combined with the effects of wage agreements and public sector pay rises.

German wages as the benchmark

A European Trade Union Institute (ETUI) study “Why Central and Eastern Europe needs a pay rise”, published in May 2017, noted that the 2008-2009 economic crisis had put an end to two decades of progress on salaries in CEE.

Labor productivity in Poland, Hungary and the Czech Republic continued to rise as employment costs stagnated and fell, it noted. „From the mid-1990s up until the crisis in 2008 […] wage convergence was spectacular,” the report said. „In the wake of the crisis, however, wage convergence either experienced a sudden halt or slowed down substantially.”

Up to 2008, wage convergence with Western Europe was due to direct foreign investment (FDI) and emigration, which reduced the supply of labor and forced up wages. The report argues that the European Commission wrongly identified the increase in wages in the pre-crisis years as a key problem and encouraged wage moderation.

The European Commission argues that such low pay levels are essential to maintain international competitiveness in the form of low “unit labor costs” and warns that even a small increase in wages without a commensurate increase in productivity would lead to lower exports, GDP and employment.

„But, in reality, however, most CSE countries do not have a fundamental (cost) competitiveness problem,” the report argued. The „productivity reserve,” or the wage gap that could be closed without harming productivity, varies from 20 per cent to 40 per cent. „Wages are not only low compared to Western Europe but […] also tend to be lower than what the economic potential of these countries would allow for,” the report noted.

The ETUI report can be found here.