2017 was a year without breakthroughs in Polish-Chinese relations

26.02.2018
The strategic partnership with Poland signed almost two years ago was supposed to revive mutual economic relations, and open up the Chinese market for Polish exports. The effect has been the opposite so far. 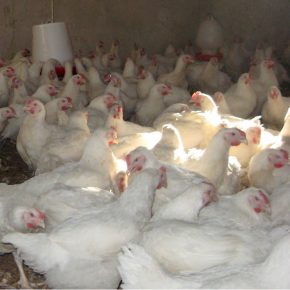 Despite declarations of „closer cooperation” repeated by both sides at every official and less formal occasion, Poland’s sales to China did not increase, but even decreased in 2016, for the first time since the beginning of the decade.

Although mutual trade turnover has been growing since 2010, Poland’s negative trade balance with China has grown to nearly EUR20bn (according to Polish Central Statistical Office, GUS, for 2016) compared with a negative balance of EUR11.38bn recorded in 2010. Poland imports Chinese goods worth 12.5 times more than its exports to China. According to Chinese data, two other countries of the region – Hungary and the Czech Republic – sell more to China than Poland does. Slovakia can also boast an increase in exports to the People’s Republic of China by almost 8 per cent in USD terms.

Polish exports to the Chinese market are still dominated by copper and copper products (about 1/3 of all exports), although their value is falling. There are also no indications of a breakthrough on Polish part in the coming years, and the aforementioned food products, whose quality is such a source of pride for Poland, occupy a distant place in the ranking of Polish products sold to China.

Of course huge differences in economic potential of both countries should be taken into account, as well as the low competitiveness of Poland’s offer. China is increasingly interested in highly processed and technologically advanced products. Meanwhile, for the time being, Poland would like to sell more food and food products. In November 2017, during a meeting of the heads of governments of 16 countries of Central and Southeast Europe (CSE) and China in Budapest (the so-called 16 + 1 format), the former Polish Prime Minister Beata Szydło complained that Poland encountered difficulties in access to the Chinese market. As an example of these difficulties she listed „the long and complex access procedures for regional agricultural products and the certification requirements for industrial goods”.

She also pointed out that although meetings at the level of heads of governments have been occurring regularly for 5 years, „the potential for building an economic partnership between China and CSE based on the principle of mutual benefits have not been fully exploited.” In the former Polish Prime Minister’s assessment, “disproportions are partly unavoidable due to structural factors, but in some part they also result from unequal access to markets.” Paradoxically, at the same meeting the Chinese Prime Minister assured that the Chinese were interested in precisely such cooperation based on mutual benefits.

Tadeusz Chomicki, a former Polish ambassador to China, pointed out at a conference in Warsaw that despite the agreements and the partnership „the level of actual projects in the field of economy and business does not meet the expectations and is below the potential of Poland and China.” In his opinion, this was due to the fact that both sides still don’t know each other well.

Still, the number of contacts at various levels in recent times has been unprecedented in the history of Polish-Chinese relations. However, it cannot be overlooked that for China the cyclical meetings, especially in the 16 + 1 format, have become an opportunity to lobby for Beijing’s strategic initiative known as the One Belt One Road. China seems to be viewing the network of transport corridors that are to connect it with Europe as a route to be used for transport in one direction only.

This economic and geopolitical project, which is to be phased in over many years, is treated as an economic opportunity by some countries in CSE region, especially those that do not belong to the EU. The main countries of the so-called ‘old EU’ (Germany, France), also view it in the context of a threat of Chinese domination, which is not just limited to the economic sphere.

Marcin Kaczmarski from the Centre for Eastern Studies notes in his analysis that the 16 +1 format, „has met with strong disapproval from the EU institutions and the core states of the EU, such as Germany.” He claims that, „Chinese analysts have pointed to the accusations concerning Beijing’s alleged attempts to divide the European Union and to establish a pro-China lobby within the EU, to foster bilateral relations at the cost of China-EU relations and to present the EU with faits accomplis.”

Among countries that joined the EU at the same time as Poland, we can see much greater enthusiasm and openness to closer trade and investment ties with China. Hungary is leading in this regard and strives for the position of China’s main partner in the region, which was clearly visible at the Budapest summit.

In the case of Poland, however, one can get the impression that the enthusiasm seems to have weakened, despite the officially declared support for the Chinese plan of the One Belt One Road initiative. Experts specializing in China are currently in dispute over whether Europe, including Poland, will gain or lose more on any possible facilitation of trade with Beijing.

Of course, the Chinese, who are consistently lobbying for the One Belt One Road, do not have such dilemmas. Beijing once again offered financial support as an encouragement, which is exemplified by the loan in the amount of EUR2bn announced during the meeting in Budapest, which is to be granted to the interbank association of China and the states of our region. The People’s Republic of China is to grant an additional EUR1bn to the China-Central and Eastern Europe Investment Cooperation Fund.

The amounts declared by Beijing are not particularly impressive, if we take into account the Chinese foreign exchange reserves exceeding USD3 trillion, but the commentators of the November summit noted that what is even more important in this case is China’s consistent development of mechanisms and channels for the financing of investment projects in our part of Europe, and especially those linked to the One Belt One Road.

Another topic is Poland’s activity at the Asian Infrastructure Investment Bank (AIIB). It should be conducted from the perspective of a developed country, a mature EU member, a donor who is growing in importance and aspiring to become a member of the G20, and not from the perspective of a developing country and a potential client of the bank (read more).

Poland did not express interest in joining the second stage of this fund – the Chinese loans are based on guarantees provided by the states in which the projects will be implemented, which makes them risky in the event that a given investment fail. This could be a coincidence, or perhaps a gesture towards Poland, but immediately after the meeting in Budapest the Chinese General Administration for Quality Supervision, Inspection and Quarantine abolished the ban on the import of Polish poultry introduced in December 2016.

The re-opening of the Chinese market to Polish poultry, whose sales in China could reach up to EUR0.5bn per year, according to the National Poultry Council, could slightly improve our negative trade balance with China (before the emergence of the bird flu, the value of exports reached EUR75m). However, it would be good to also work on a slightly more ambitious export offer for China, which would be better suited to the existing demand. 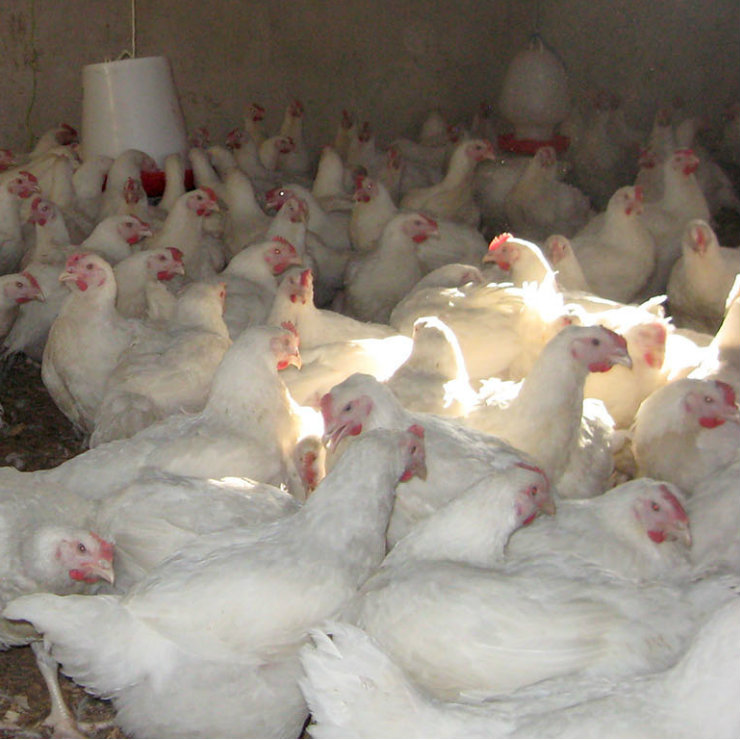